Stroll felt so unwell this morning that he eventually told the team he wouldn't be able to drive in FP3, and later confirmed he would also miss qualifying, meaning he would need to withdraw from the Eifel GP - leading to the team calling on Nico Hulkenberg as a late replacement.

Szafnauer explained Stroll had not been feeling well after the Russian GP and was then hit by a stomach upset in Germany on Thursday evening.

Szafnauer said that despite not feeling well Stroll had tested negative for COVID-19.

"He hasn't been feeling great since Russia," he explained. "I think he had a bit of a cold. At first we thought, 'Well you had better get tested for the virus.'

"We've tested him multiple times, including the pre-event test for this race. And he's come back negative three or four times. He doesn't have the classic COVID-19 symptoms, he just doesn't feel well in himself.

"And last night he had a bit of an upset stomach. So he was on the toilet the whole time. And he said, 'I've got rid of a lot of fluid, and I can't get off the toilet for long enough to get in the race car.'

"I don't know if it's something he ate, or if it's a tummy bug. He just said, 'I'm just not feeling up to it. We're going to have a double-header coming up soon. And I'd rather rest and get ready for that.'

"We were hoping that he was going to get better. He had kind of flu-like symptoms. Just not well in himself, and couldn't exercise, and so now that, with whatever he ate or a tummy bug together, he said, 'I can't do it.' We've got a doctor looking after him and when he's fit to leave, he'll go home." 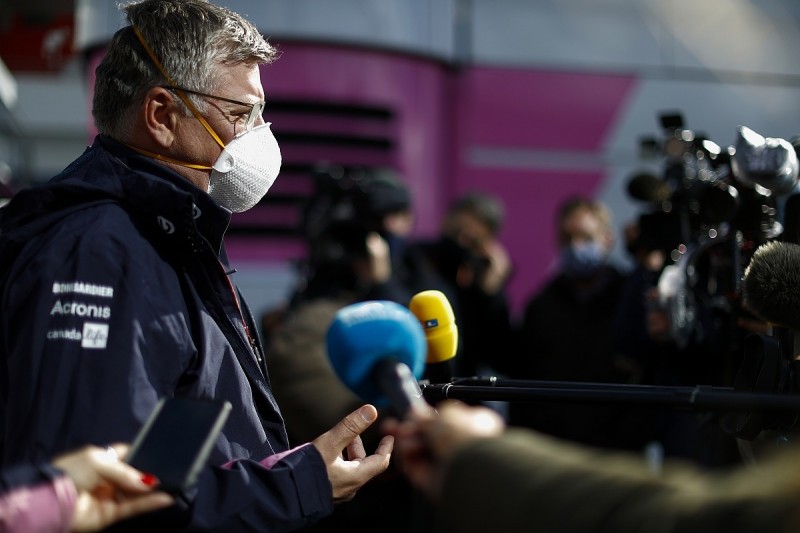 Stroll's car stayed in the garage during FP3 with reserve driver Hulkenberg only able to drive in qualifying after he underwent a rapid COVID-19 test in order to gain paddock access. Hulkenberg will start from 20th and last place on the grid.

Szafnauer said the final decision on Stroll not driving was taken just before practice, which is why Hulkenberg was not on site.

"Thirty minutes before FP3. He [Stroll] was still thinking, 'I want to do this.' But then he thought, 'Well, if I don't get better, then I've got to qualify, and then I've got to race.' And it's the race that he wasn't really looking forward to, in the state that he was in," Szafnauer said.

"He was hoping that he could get off the toilet and come in. But it was 30 minutes before FP3. Otherwise yesterday we would have called Hulkenberg a day earlier, and he would have done FP3."

Szafnauer admits that jumping in for qualifying with no time to adapt in practice was a big challenge for Hulkenberg: "It was a huge ask, and we're just thankful that he got within 107% rule, that's what we wanted to do, so he could race tomorrow.

"He's got a decent race car underneath him. He's done a few laps now. And if he gets a good start, he's got a chance at points.

"We made some changes to the car since he drove it last. He was surprised by the changes that we made. He said the car felt different because of it. He's got to get used to it. Overall, he was happy the balance wasn't that far off." 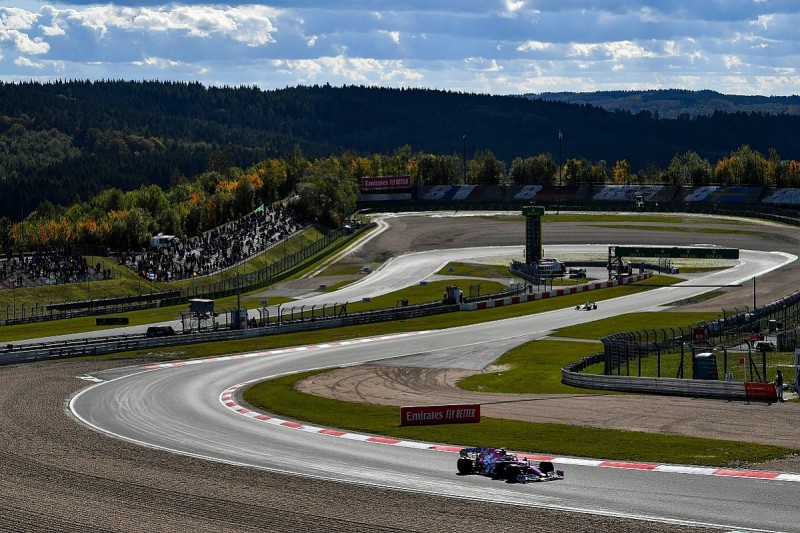 Szafnauer also said if Hulkenberg had not been available Stoffel Vandoorne, the team's other designated reserve driver, would have got a chance.

"He was in the paddock. He had a negative COVID test, and he was ready to go. Just with Nico, we had his seat here, we know exactly where the pedals go," he said.

"We don't have to adjust the pedals and some of the other things that we would have had to go through with Stoffel. So it was easier."

Mercedes: Starting F1 Eifel GP on mediums would have been 'big gamble'