© 2020 Autosport.  All rights reserved.
Previous / Bottas sees no consolation in closing Hamilton gap
Next / Perez to leave Racing Point at the end of 2020

Ferrari has revealed its celebratory livery for its 1000th Formula 1 grand prix at Mugello this weekend.

As revealed by Autosport earlier this week, Ferrari will honour its 1000th race by running a special classic livery design for the Tuscan Grand Prix.

Ferrari announced on Wednesday that both SF1000 cars driven by Charles Leclerc and Sebastian Vettel will race in the burgundy shade that was used on the Ferrari 125 cars the team made its debut with in 1950.

Both Leclerc and Vettel will have special race suits for the race weekend, tying in with the classic livery, which also has retro numbering and a '1000 GP' logo on the engine cover.

"Scuderia Ferrari's 1000th Grand Prix is a very important milestone, therefore it had to be marked in a special way," said Piero Ferrari, vice-chairman of Ferrari.

"That's why we decided to run a unique livery on the cars for this event, with the SF1000s taking to the track at the Mugello Circuit in the Burgundy colour first seen on the 125, the first racing car to carry the Ferrari name.

"Even the look of the race numbers on Charles' and Sebastian's cars will reflect the tradition of the past, giving the impression of being hand painted onto the bodywork, while the drivers' race suits will also match the car colour."

"It's a great honour to be driving a Ferrari in what is the 1000th Grand Prix for this, the longest serving of all Formula 1 teams," said four-time world champion Vettel.

"It will be even more of a pleasure to celebrate this anniversary at the Mugello Circuit and also because, for the first time this season, a few spectators will be allowed into the grandstands." 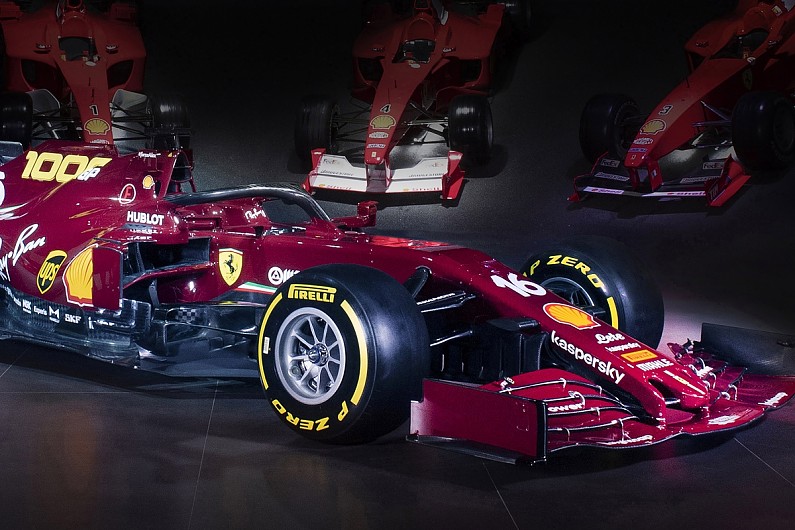 The Tuscan Grand Prix will be the first race of the 2020 season that fans are able to attend, with close to 3,000 tickets being made available for the event.

"I can't wait to be on track at Mugello with Ferrari," said Leclerc.

"The circuit is really beautiful and on top of that, we are celebrating our team's 1000th GP in Formula 1. I'm also pleased to learn there will be a few thousand fans in the grandstands."

As part of the celebrations, Ferrari junior driver Mick Schumacher will take part in a show run in a Ferrari F2004 - the car his father, Michael, won his record-setting seventh world title - ahead of the race on Sunday.

Ferrari will also hold an event in Florence on Saturday night to mark its 1000th grand prix.

Mercedes will also honour Ferrari's 1000th race with a colour change of its own, changing the safety car from silver to red.

"We will honour this achievement with a Mercedes-AMG Safety Car in Ferrari red - our nod to a racing history that brought us some of the greatest moments in Formula 1.

"The men and women of Maranello have a proud history to celebrate and we're paying respect to those celebrations this weekend."