Renault boss Cyril Abiteboul says Red Bull is paying the price for "missing a trick" of always being independent from its engine supplier.

Red Bull is playing catch up against Mercedes this season, with the Milton Keynes-based outfit having a tradition of starting campaigns on the back foot before making up ground as the year progresses.

While Red Bull says there is no obvious explanation for why it has not always started recent campaigns strongly, Abiteboul believes the outfit could be being hampered by not being a full works operation.

Abiteboul suggests that, with F1 teams needing everything to be perfectly lined up if they are to be successful, Red Bull is suffering because it is not master of its own engine division.

Speaking at the Italian Grand Prix, Abiteboul said: "I think Red Bull is a fantastic team but in my opinion Red Bull has missed a trick of modern Formula 1, where you can't have a chassis organisation and an engine organisation that are so distinct.

"You can't think of that, if you want to fight for wins in a consistent manner.

"So probably the struggles that it can face at the start of the season, but eventually even across all of the season, is a demonstration of that. You really need to be one group of people, one team, with one mindset." 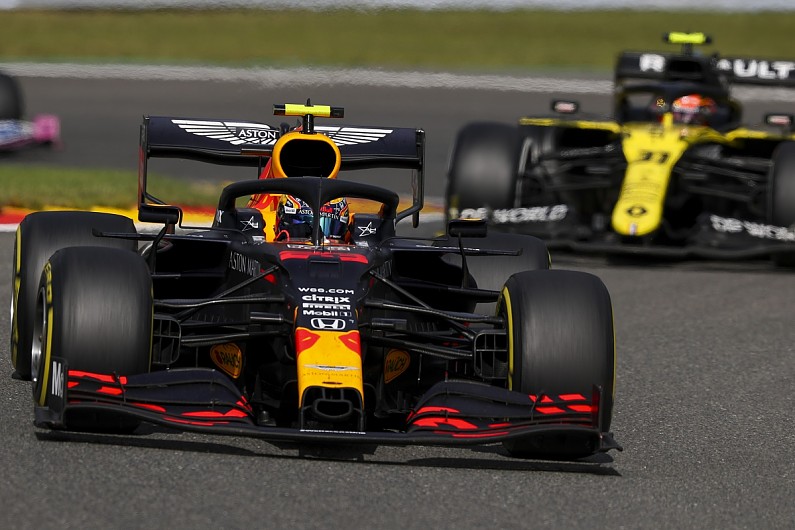 Abiteboul suggested that that state of affairs probably explained why the Red Bull-Renault relationship perhaps did not achieve all it wanted together in the hybrid era.

"We have failed to do that all together," said Abiteboul. "It just looks like they [Red Bull] are not able to do much better with Honda.

"But it just shows that there's a level of complexity and perfection that is required in Formula 1 in order to win and in particular to beat Mercedes."

Toto Wolff, the boss of the dominant Mercedes team, agreed with Abiteboul's views of everything needing to work in perfect harmony if success was going to be achieved.

"Red Bull has all the resource, human resource and financial resource, to compete at the very front," said Wolff. "And I think like it had those great years with Renault, starting in 2010 with four consecutive championships, we're having a run at the moment.

"As Cyril said, it's about putting all things together. Every parameter is needed in order to get there. And it is not only the engine and chassis relationship that needs to be strong.

"It's also about putting all components, all these marginal gains together, in order to perform."