© 2020 Autosport.  All rights reserved.
Previous / Mercedes didn't get all it wanted from Concorde talks
Next / Hamilton beats Ocon to top final practice at Belgian GP

Lewis Hamilton has expressed his frustration about the current tyres, noting that they don't fulfil the requirements set out in the target letter that was given to Pirelli, and feels the drivers are not given an opportunity to provide input.

The F1 world champion has asked for a change of tyre philosophy when the new 18-inch format comes in 2022.

Hamilton said after the Spanish Grand Prix that there is too much tyre management in F1, and he expanded on those comments this week at Spa, noting that he wanted more grip for longer.

He attended a meeting about the future rules in Paris last year on behalf of the Grand Prix Drivers Association, where tyres were part of the discussion, but has indicated that the drivers should have more input.

"We're very happy to follow what Lewis is asking for, but then we need to put first on paper, and then in reality, something that has to be a compromise. 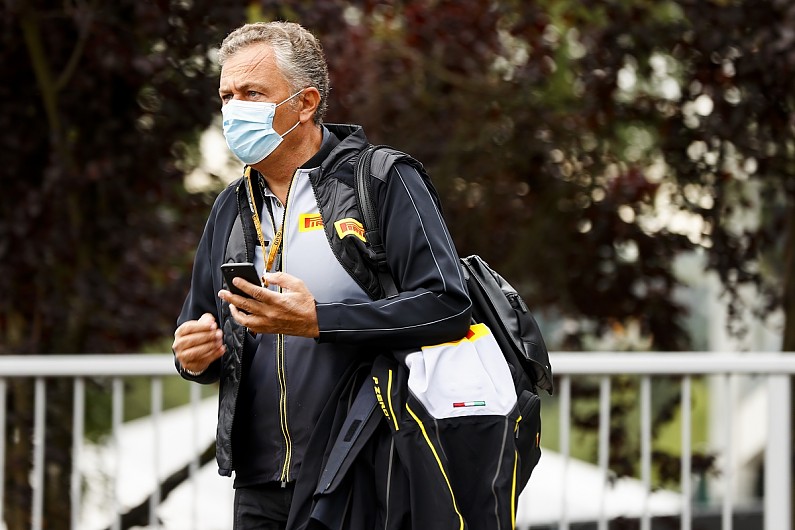 Isola conceded finding the right balance between the various factors outlined in the target letter that Pirelli has to follow - including the desire to have multiple pitstops - is a major challenge.

"We have a number of versions of the target letter, you cannot imagine, because any discussion was introducing something new. Drivers have been involved in the discussion.

"Also, in the latest version of the target letter, we decided to review it again, in order to list the targets, giving priority to what the drivers feel, and have priorities like reducing overheating, [and] reducing degradation.

"We had a lot of discussion about that, because if you reduce degradation, there is no reason to have more than one stop. Basically, if you don't have degradation for the tyre, why should you lose time to stop once more, and maybe lose position on track?

"So, we had this discussion, the possibility to have a tyre that after a certain mileage is degrading quicker. There are a lot of subjects in the target letter obviously, some of them are difficult to achieve all together.

"Having a tyre with a much higher grip, but also a lot of consistency is really difficult. When you have a lot of grip usually you have high degradation - it's the qualifying tyre idea.

"So, I know drivers like the grip, I know drivers are asking for an ideal tyre. That is our effort and plan for 2022. For 2021 it's difficult because we don't have any option to upgrade the product. So we will focus on that for 2022."