© 2020 Autosport.  All rights reserved.
Previous / Bottas: No change to race suit after Spain heat woes
Next / F1 at Spa: How has the circuit changed over time?

Lewis Hamilton says nobody but the drivers are "pushing Pirelli" about making better Formula 1 tyres, with Romain Grosjean revealing the GPDA recently discussed the issue with the manufacturer.

After his dominant win last time out in Spain, Hamilton called on Pirelli to develop a stronger tyre construction for 2022 that would avoid the tyre management work he feels fans do not want to see in races.

Hamilton was asked about his comments ahead of this weekend's Belgium Grand Prix at Spa, and about how much pressure he and the Grand Prix Drivers' Association can apply on the issue.

He explained that the drivers "constantly are complaining about overheating tyres" that they cannot use to push consistently, which he says is also a factor in F1's lack of close racing.

Hamilton continued: "When they had the tyre war back in the day, they did have lighter cars.

"But you had two companies pushing each other to the limit and at the moment, nobody's pushing Pirelli except for us in what we say.

"But we have to be very careful because we don't upset Pirelli. But we're trying to be constructive and we sit down, talk to them.

"When we look at the last target letter, it was nowhere near... it had no input from the drivers and it was not what we had been asking for for years.

"And so, trying to get to the root cause there is what the GPDA tries to do.

"That's one of the reasons that I went to Paris when they were doing the Concorde Agreement just to try and help them, say 'look, involve the drivers, we're not working against you, we're part of the sport and we want to help it be great, just as you do'. 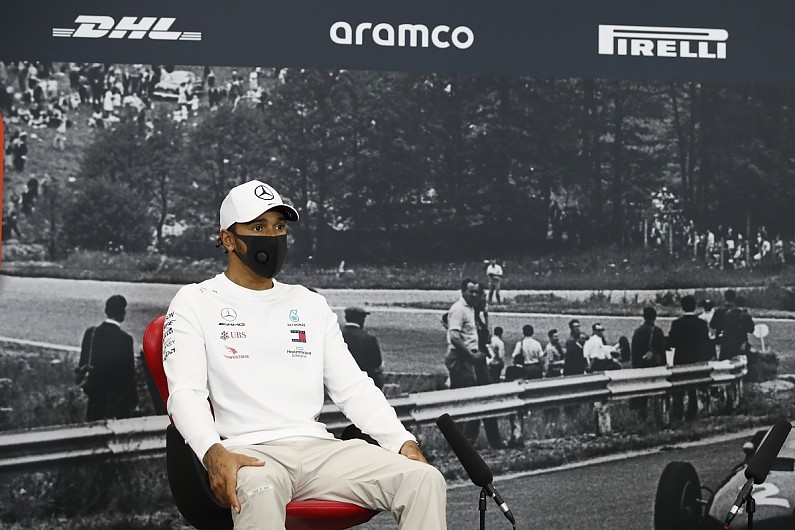 "And I think they were really welcoming at that time and I think now they're trying to make the tyre target agreement better.

"But we're coming to a year [in 2022] where we've still got the same tyres we had last year and it still has... I personally would like to do more stops - I think these one-stop races aren't great.

"The hyper-soft tyre we had was the best tyre we had in the sense of the grip that it gave us. So, we want that grip for longer.

"We don't want overheating so we can continue to push and thrash these cars around and get close to these drivers and pull off the manoeuvres, which sometimes take us laps to do."

Grosjean explained that the GPDA - of which he is a director - had put the drivers' collective frustrations with the current tyres to Pirelli at the Spanish GP earlier this month.

"I saw the news [with Hamilton's comments], and I was very happy that Lewis brought the point forward and kept pushing to get a better product.

"We've had talks with Pirelli, I believe it was in Spain at the drivers' briefing via Zoom call, and we expressed our concern that we want better tyres, we want safer tyres

"Because we saw a couple of issues at Silverstone in the first race.

"Wait and see, we're pushing hard that we could have a better product."

Share this article on Facebook Twitter LinkedIn Email
Previous / Bottas: No change to race suit after Spain heat woes
Next / F1 at Spa: How has the circuit changed over time?
© 2020 Autosport