© 2020 Autosport.  All rights reserved.
Previous / Leclerc surprised to see Ferrari so far off pace at Spa
Next / Sainz: "Super quick" Renault too fast "for comfort"

Formula 1 returns to action with its latest triple-header starting with the Belgian Grand Prix at the iconic Spa-Francorchamps. Here's how to watch qualifying.

It turned out to be an eventful FP2 session for Ricciardo as he briefly topped the times before being shuffled back to second by his former Red Bull team-mate, while the Australian's session was ended prematurely by a hydraulics issue with his Renault.

Verstappen doesn't believe he can fight for pole position this weekend, while the ban on using different engine modes has been delayed until the next race at Monza, as he targets a maiden Belgian GP win and Red Bull's first victory at Spa since 2014.

Hamilton fully expects Red Bull to be a contender for victory against the dominant Mercedes package after admitting his team has work to do following Friday practice despite taking a 1-2 in the opening session.

Further down the order, it was another painful day for Ferrari with Charles Leclerc 15th and Sebastian Vettel 17th at the end of FP2, with the Monegasque driver conceding he was surprised to see his team so far off the pace.

Away from Spa, F1 confirmed the second Bahrain race, the Sakhir GP, will use the outer layout of the Bahrain International Circuit for the penultimate round of the 2020 season. 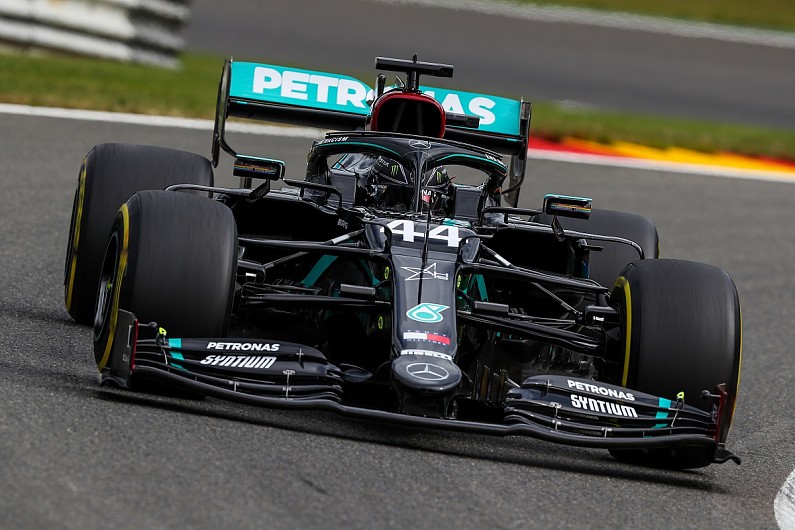 What time does qualifying for the Belgian Grand Prix start?

Channel 4 is broadcasting highlights of qualifying for the Belgian GP at 6.30pm BST. Autosport will be running a live text coverage of qualifying.

What's the weather forecast for qualifying at Spa?

Sunny and cloudy conditions are forecast throughout Saturday at Spa with a minimal chance of rain. Temperatures are expected to see highs of 19 degrees Celsius, which is set to be the same temperature that FP2 was held in.

Share this article on Facebook Twitter LinkedIn Email
Previous / Leclerc surprised to see Ferrari so far off pace at Spa
Next / Sainz: "Super quick" Renault too fast "for comfort"
© 2020 Autosport