Max Verstappen doubts he will be able to fight with the Mercedes drivers for pole position in Belgium despite setting the pace through Friday's Formula 1 practice running.

Verstappen finished just eight-hundredths of a second behind Mercedes' Valtteri Bottas in opening practice before setting the fastest time in the afternoon session.

Verstappen was able to pip Renault's Daniel Ricciardo to top spot by 0.048 seconds, with Lewis Hamilton finishing 0.096s off the pace in third for Mercedes.

But the Red Bull driver did not think his run to top spot was a sign he could fight for pole position on Saturday, predicting Mercedes would bounce back from its issues.

"I personally think they're still struggling a bit with their balance," Verstappen said of Mercedes.

"I expect them to be stronger tomorrow. You can see already on the long runs they are also very competitive.

"I'm not expecting to fight for pole position, but if we can be a bit closer, that would be good."

Verstappen anticipated that the Racing Point cars of Sergio Perez and Lance Stroll would be "very close" to Red Bull in qualifying. 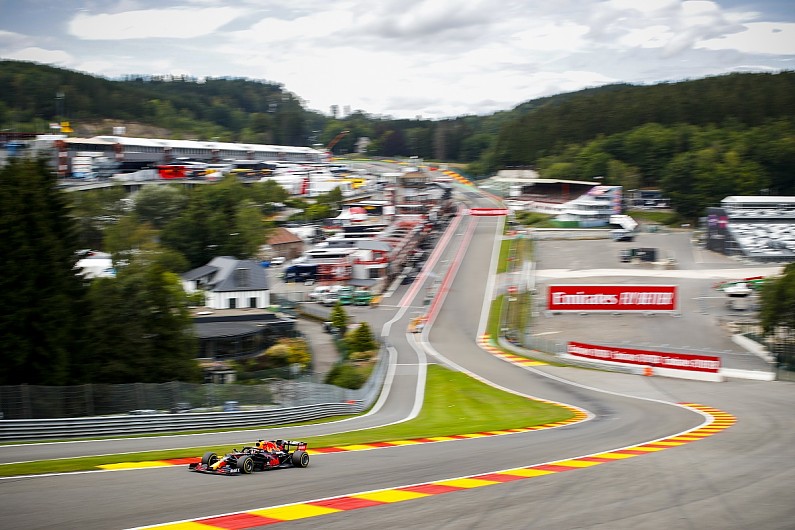 Perez finished FP2 in fifth place, less than four-tenths of a second off Verstappen's benchmark.

The Dutchman nevertheless felt Red Bull had started the Belgian Grand Prix weekend on the right foot as he goes in search of a sixth consecutive podium finish.

"Of course it's still early days, but from our side, it's a good start," Verstappen said.

"But of course some things still to work on of course for tomorrow, but overall, I'm pretty happy.

"It's never perfect. A racing car is never perfect. You always try to find things on the car where you can improve, so we'll look into that, also with tyre prep and everything."

Red Bull team-mate Alex Albon enjoyed one of his best Fridays of the season so far as he finished the day fourth-fastest, 0.390 seconds off Verstappen at the top.

"We brought some things here this weekend and it's making the car just gel a little bit better.

"Corner balance feels good as well, so I'm happy that it's progressing the right way.

"There's definitely people like Renault and the Racing Points who are targeting the straight line a bit more than we are. We'll see how it plays out."