© 2020 Autosport.  All rights reserved.
Previous / Podcast: Why Alonso and Renault got back together
Next / Hamilton: No Belgian GP boycott plans amid US protests

Pierre Gasly still finds it hard to accept that close friend Anthoine Hubert passed away in a crash last year, as he admitted returning to Spa-Francorchamps today was not easy.

Hubert died as the result of injuries sustained in a high-speed crash during an F2 race at last year's Belgian Grand Prix, and his loss hit Gasly especially hard after the pair had lived together for many years.

Gasly paid tribute to Hubert during his track walk of Spa-Francorchamps on Thursday afternoon, when he laid flowers at the Raidillon corner where Hubert's crash took place.

Reflecting on the emotions he had been through over the course of the day, Gasly said it had not been an easy day for him.

"I was a bit worried, because you never know really how you react to that, and I must [say] this morning it's been quite hard and strange," said the AlphaTauri driver.

"Spa is my favourite track and I always came here with great memories from my first win in a single seater in Formula 4, [races in Formula Renault] 2.0 and GP2.

"But this year is different story, because as soon as I put one foot in the paddock, I just have these images that come back in my mind, and things I don't want to accept or I struggle to accept.

"Even during the track walk I was thinking like... I just struggle to realise it really happened and unfortunately that's just the truth, the reality. And yeah, it hasn't been easy." 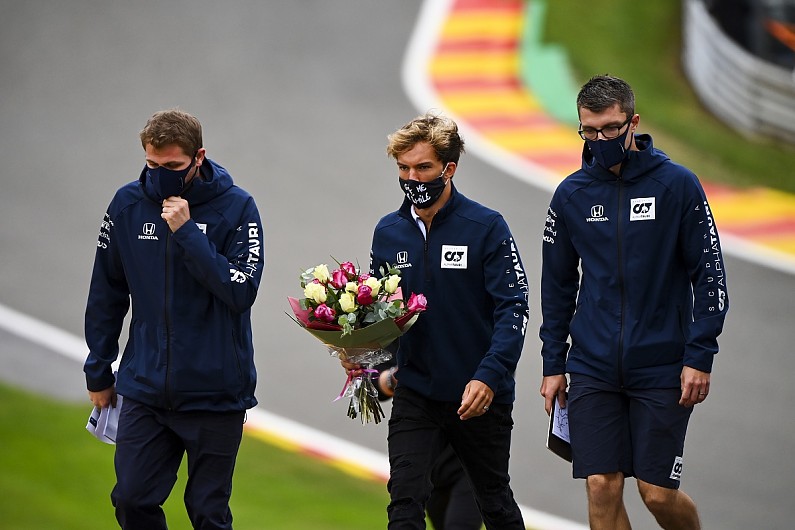 Gasly believes that his progress as a racing driver owed much to the rivalry he had with Hubert, as the pair had pushed each other hard as they rose through the ranks.

"He was I think one of the guys I spent most of my time [with] during my childhood and we were rivals," he explained.

"But I actually know that I would have never achieved what I did without growing up with him, because we were pushing each other so much, whether it was on track or off the track.

"It's been part of my self-development as a person and as a driver, and I can only be grateful for that."

Gasly added that while he remembers the good times the pair had together, he also cannot rid himself of the sadness that overshadowed last year's Belgian GP weekend.

"He is someone we talk really often with my friends [about], because we had a lot of common friends," he said.

"During the track walk I just have these images and footage in my mind that I wish would have never happened. Unfortunately, that's just the danger of our sport and... it's just hard to accept. And, yeah, I mean, even doing these felt wrong: doing this special helmet and dropping these flowers and thinking I was with him." 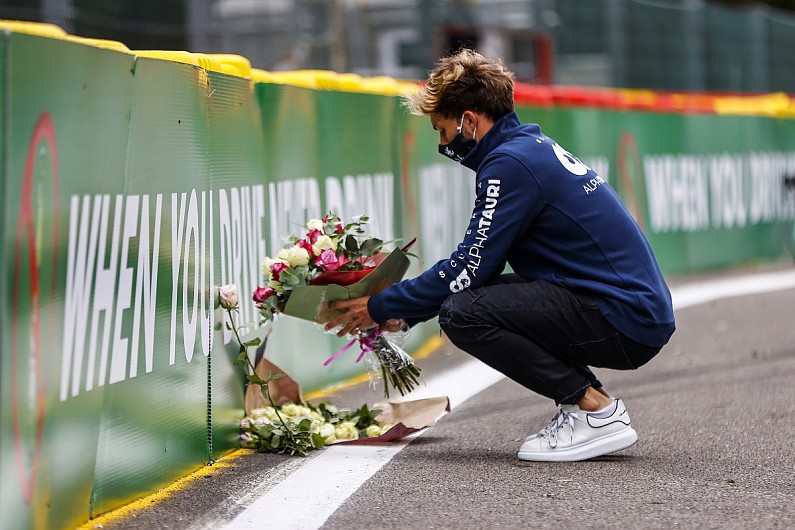 He added: "Again, after Budapest last year, I had Sunday dinner with him, and we shared a nice moment with his girlfriend and another friend, on Sunday night. This was the last time I saw him.

"He was one of the first ones to send me a text when Red Bull decided to put me back in Toro Rosso. For me it is just very hard to accept he's not with us any more."

Share this article on Facebook Twitter LinkedIn Email
Previous / Podcast: Why Alonso and Renault got back together
Next / Hamilton: No Belgian GP boycott plans amid US protests
© 2020 Autosport