Zandvoort is open to a later date slot for Dutch Grand Prix in 2021 so that fans can attend after gaining its FIA Grade 1 circuit licence this week.

Formula 1 had been due to return to Zandvoort earlier this year after a 35-year absence, only for the COVID-19 pandemic to force the race to be cancelled.

The pandemic also caused a delay in the track being awarded its FIA Grade 1 licence, which is required for a circuit to host F1 races.

In an event at Zandvoort on Wednesday, the track was formally presented with its Grade 1 licence, which Dutch Grand Prix sporting director Jan Lammers called a "milestone".

"The last Grand Prix was held in 1985 and now we have a certified track again. We can be very proud of our facilities," Lammers told Autosport.

"This is a beautiful track with legendary character, which is still same.

"And we added some nice and surprising effects with the banked corners.

"We couldn't wish for anything better."

Zandvoort also announced a new title partner for the track at the event, which will formally be known as CM.com Circuit Zandvoort.

F1 has managed to stage races at many of its planned European venues through the 2020 season behind closed doors, although it is possible events later this year may be open to fans. 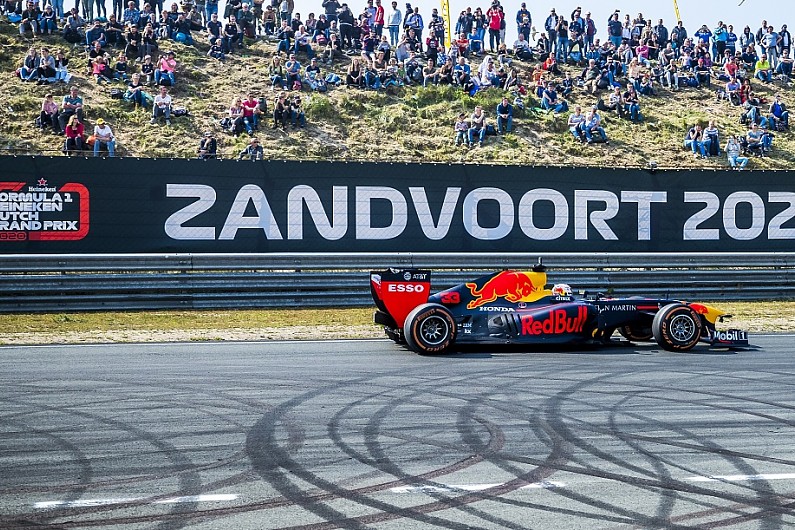 Lammers was hopeful that Zandvoort would be able to host a Dutch Grand Prix open to fans next May, but was open to the idea of staging the race laster in the year if it meant spectators could attend.

"We don't have government support and are organising an F1 race with our own funds, so we need fans to do so," Lammers said.

"We aim to create a festival for the entire family, a true race festival over three days. So we need the public to show the event's full potential.

"With them and thanks to them we can organise these great things.

"So if May 2021 wouldn't be possible with fans, perhaps we can organise the Dutch GP later during the year."

"Perhaps we start next year a little later, so who knows by that time when the situation allows it, we are among the first grands prix, when we can be all together again without social distancing.

"But we need a vaccine or a cure for that, which is very complicated to talk about.

"Hopefully the situation in the world allows us to organise an event in May and otherwise later during the year, but with fans.