While Silverstone remains shut to fans as it hosts a Formula 1 double-header, the British Grand Prix venue's newest attraction has plenty to offer as it opens its doors to the public once again, as KEVIN TURNER finds out

For viewers of Channel 4's Formula 1 coverage of the opening three 2020 grands prix, the Silverstone Experience will be quite familiar. Or, at least, part of it will. The impressive venue, right next to the famous circuit that hosted the first world championship GP in 1950, has been the backdrop for the team's F1 analysis. At that stage it was closed to the public, but it's now open once more.

Sally Reynolds and her team managed to overcome the considerable challenges of raising funds and the failure of the original main construction contractor to officially open earlier this year, only for the coronavirus pandemic to shut it down again. Happily, the Experience reopened on 20 July, with necessary safety measures now in place.

Reynolds is chief executive of the Silverstone Heritage Ltd charity that runs the Experience. It is entirely separate from the circuit's business entities and aims to preserve the history of motorsport and inspire the next generation of engineers.

PLUS: A new way to experience Silverstone

A visit there is not a replacement for racing, but it offers a lot more than you might think, and there's plenty to keep both the committed enthusiast and casual fan entertained. Both types of visitor can learn a great deal. 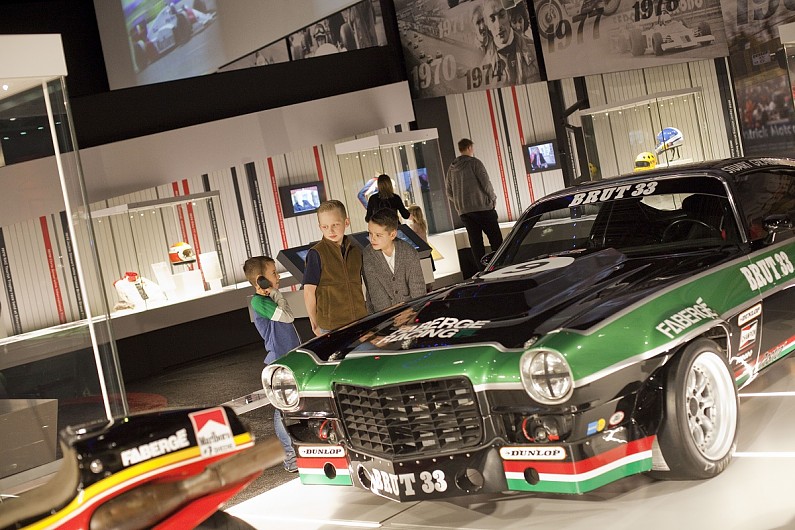 Why you should visit

The Silverstone Experience is much more than a museum. There is a fascinating history of the site and there are plenty of exhibits for the hardcore - machinery from seven decades of motorsport on two and four wheels are presented in the era stations, which also have many different types of memorabilia. But there are lots of other, interactive elements.

Perhaps the most important is the Tech Lab, which is where the focus on science, technology, engineering and maths (STEM) is obvious. Former Lola and McLaren designer Mark Williams has helped put this part of the Experience together and it shows, among other things, how tyres, brakes, gearboxes, engines and suspension work.

It's all accessible and participation is encouraged - you can compare motorsport and aircraft wings in a mini windtunnel, for example. The idea is that kids will find it fun as well as educational.

"During lockdown we hosted Channel 4 F1 for their coverage of the first three grands prix and this has generated lots of interest in the exhibition. Presenter Steve Jones called us 'achingly cool'" Sally Reynolds

Then there's the 'Ultimate Lap', an immersive cinema show that simultaneously takes you around Silverstone and lets you see some of the circuit's famous moments. The exhibition manages to look forwards as well as back, so it's not a surprise that there is also a Future of Motorsport section.

The racing exhibits will change over months and years, so you're unlikely to see all the same things twice. The Experience currently has a 2020 Mercedes F1 show car, which will be on display until 10 August.

Normally, visitors will be able to stand at the Luffield Terrace and watch whatever is happening on track but, unsurprisingly given the importance of the 2020 British Grand Prix being a closed event, there will be no outdoor access this weekend and the blinds will be closed so visitors won't be able to see any of the action. 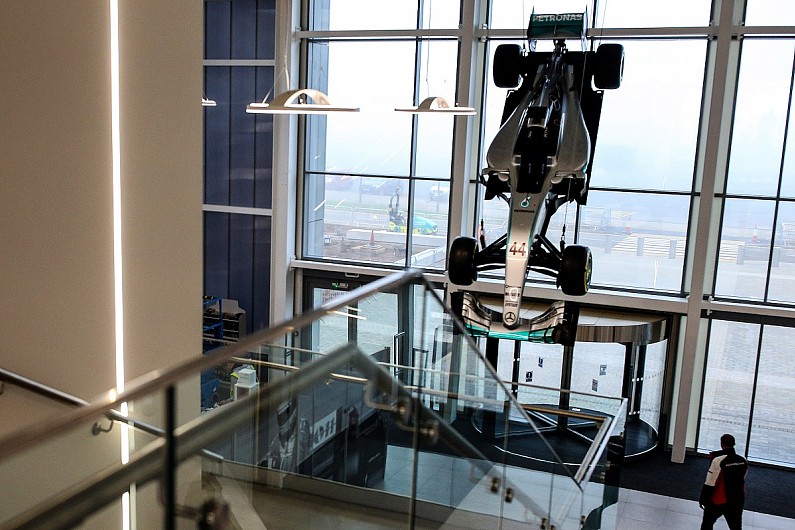 The Silverstone Experience is the one part of the Northamptonshire venue that Silverstone managing director Stuart Pringle is encouraging people to visit.

"There is a way that fans can come to Silverstone and get inside the venue and walk around when the rest of it is closed and that is by booking a ticket to the Experience," he says.

"When people are having their UK 'staycation' and looking for things to do, and want to perhaps give their family something that has got an educational element, it's a great day out.

"It's also about introducing people to the sport that don't know about it. There are too many people in this country whose communities don't have a natural affiliation with our sport because they haven't had any exposure to it. And yet a two-hour drive from one third of the UK's population is something that will introduce people to it and give a full day's worth of fun."

Expectations for the Experience are high and the initial signs as the lockdown has receded are promising.

"During lockdown we hosted Channel 4 F1 for their coverage of the first three grands prix and this has generated lots of interest in the exhibition," says Reynolds. "Presenter Steve Jones called us 'achingly cool' and the reactions we've had from visitors in our first days of reopening show that people have really missed getting their motorsport fix.

"We've had loads of great feedback on our social channels so we're happy that our measures are working." 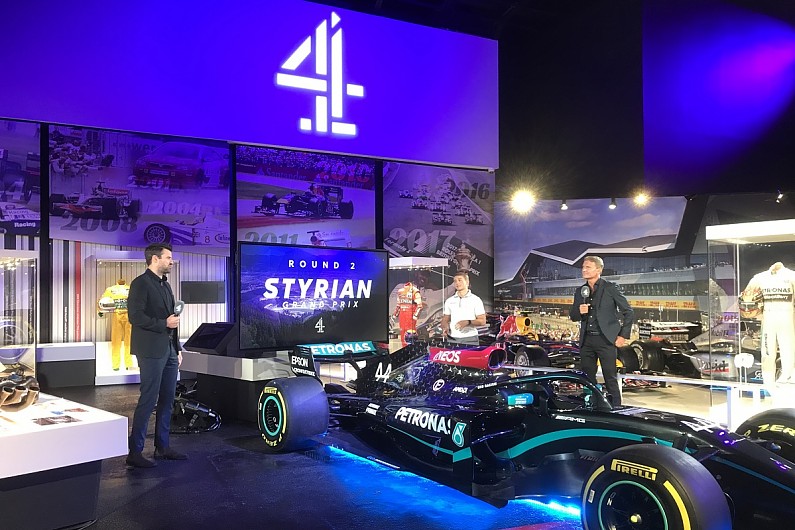 How you can visit now

Given the circumstances of COVID-19, the Silverstone Experience has implemented many measures to allow it to operate safely. It already has one advantage in that, as it's housed in a restored Second World War hangar, it is a huge indoor space, allowing for easy social distancing.

Pre-booked timed tickets help limit daily numbers and there is an enhanced cleaning regime. Temperature checks are conducted on entry and visitors are encouraged not to arrive more than 10 minutes before their slot. Hand sanitiser stations are located around the site and a nice touch (if you can excuse the pun) is complimentary stylus pens for the touchscreens.

"It was only a week after Lewis Hamilton and the Duke of Sussex officially opened our museum in March that lockdown began. We have worked tirelessly to ensure all our visitors can enjoy a safe and exciting visit" Sally Reynolds

A one-way system should help maintain social distancing and household bubbles, there is a queuing system for popular exhibits, and visits to the shop and cafe (with contactless payments) are encouraged after the main event.

"We are really excited that we could reopen as the summer holidays began," adds Reynolds. "It was only a week after Lewis Hamilton and the Duke of Sussex officially opened our museum in March that lockdown began. We have worked tirelessly to ensure all our visitors can enjoy a safe and exciting visit.

"We know that lots of families will be looking for an exciting day out away from the crowds and, with our rural location, huge indoor space and limited daily visitors, we are the perfect choice.

"With our amazing interactives and brilliant collection of motorsport artefacts - from a car that competed in the first Formula 1 race 70 years ago, to the helmet Lewis Hamilton won his sixth world title with last year - we know that racing fans who are missing the action will have a fantastic day out, too."

The museum is open daily from 1000-1800, with timed tickets available on a pre-booked basis from silverstone-experience.co.uk. A full list of COVID-19 safety measures is available to view on the website.