© 2020 Autosport.  All rights reserved.
Previous / Sainz: TV images don't do current cars justice
Next / Algarve to be resurfaced ahead of Portuguese GP

Haas Formula 1 team boss Guenther Steiner insists that he wasn't disappointed to lose all four Americas races from the 2020 calendar, despite their importance to team owner Gene Haas.

Last week F1 confirmed that the US, Canadian, Mexican and Brazilian events were all officially cancelled for this season due to the COVID-19 pandemic, following the postponement of the Montreal street race in April.

Instead, new races at the Nurburgring, Algarve and Imola have been added to the schedule in October and early November.

Although the races on the American continent have obvious marketing value for Gene Haas and his machine tool business, Steiner says the focus on races in Europe makes more sense for cost reasons.

"First of all the disappointment not to make the flyaways is not high, because of the financials," he said.

"If they don't support us there's no point to go there.

"If we just lose money, there's no point to fly a long way away to lose money.

"And the safety of all the people is the most important thing here anyway. So that one we can live with."

Asked if Haas (pictured at the car's launch in February with drivers Kevin Magnussen and Romain Grosjean) was frustrated at the loss of the marketing exposure provided by his home race in Austin, Steiner said that the team owner had accepted it. 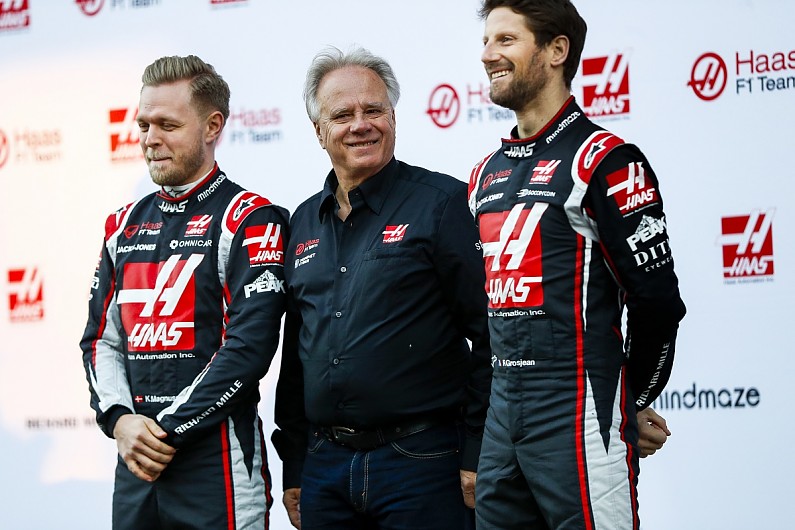 "He knows that it's done for a good reason, why we cannot go there, and nobody can change it," said Steiner.

"We are all a little bit disappointed that we haven't got the full calendar and the full revenue from the race events.

"But the pandemic came, we didn't allow it to happen, it happened without asking us, so we just need to deal with it."

Steiner admitted that the lack of clarity on the final total of races in 2020 makes it harder for the team to balance its budget.

It has already put update plans on hold as a cost saving measure.

"It's getting closer that we get the information about how much the number will be, but as you know it's always too little," he said.

"We still need to be very careful with what we are doing, and be very diligent how we are spending our money so we can get to the end with it."