Formula 1's history is full of underdog stories and teams that overachieved with the resources available. LUKE SMITH looks back at F1's last genuine minnow team - Manor - and how after reaching a new high it eventually all fell apart

While focus may lie on the battle at the front as Formula 1 prepares to begin its delayed 2020 season, fortunes at the rear of the grid also need tracking.

Following a smoother winter and improved showing in pre-season testing, Williams will be aiming to take a step toward F1's midfield this year - something needed at a time when it is seeking additional funding to secure its future.

But as miserable as its 2019 campaign may have been, Williams has not achieved "backmarker" or "minnow" status just yet, nor may it ever given its great history.

The last true F1 minnow came in the form of the Manor team. After being rescued from the embers of the ailing Marussia project - formed in 2010 on the condition of a tiny cost cap that never came to be - in 2014 by Stephen Fitzpatrick, Manor limped through the following year, firmly rooted to the rear of the field.

But 2016 brought reasons to be hopeful. The Marussia name disappeared, as did the outdated chassis - the MR03B - and power units. A deal for Mercedes engines was struck, paving the way for DTM champion Pascal Wehrlein to join the team, while Nikolas Tombazis and Pat Fry bolstered the technical department.

The brighter prospects for Manor in 2016 quickly shone through when Wehrlein qualified 16th in Bahrain, narrowly missing out on advancing to Q2. He soon began regularly mixing it with Sauber drivers Felipe Nasr and Marcus Ericsson on a regular basis, and was routinely beating team-mate Rio Haryanto. 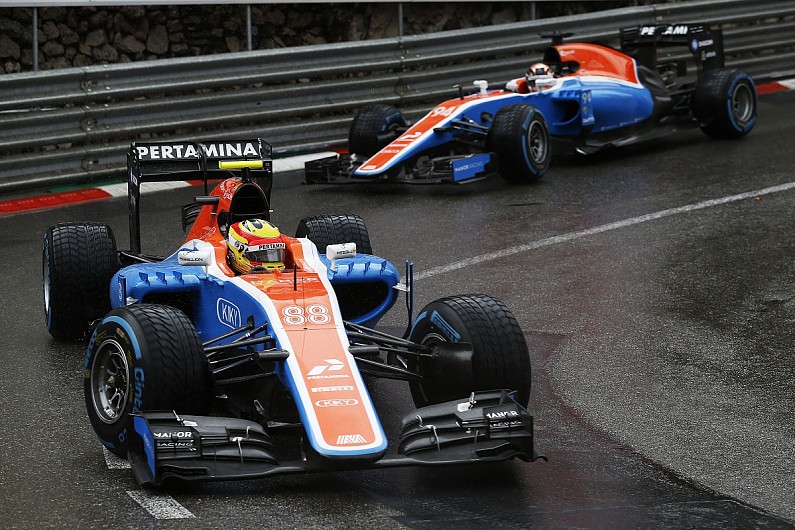 Come round nine of the season in Austria, Sauber and Manor were tied for P10 in the constructors' championship by virtue of Nasr's run to 12th in Baku. While the scrap over last may not seem like such a big deal now, the fact commercial rights only covered the top 10 in the constructors' standings meant any team finishing outside of that would be seriously out of pocket for the future.

PLUS: How Sauber twice saved itself from the brink of extinction

The Red Bull Ring marked the first track on the 2016 calendar that Wehrlein had any prior experience of. With the lap coming in at under 70 seconds and featuring some decent straights, it looked like there was a chance for Manor to at least fight for a bit more than the wooden spoon.

That much became clear in qualifying. Haryanto qualified 19th ahead of both Saubers and Daniil Kvyat's Toro Rosso, while Wehrlein was tenth in Q1. He proved his pace was no fluke as he took 12th in the second stage of qualifying, finishing just 0.128 seconds off Jenson Button's McLaren in 10th. A place in Q3 had been within reach - but it did little to boost Wehrlein's hopes for the race on Sunday.

"I have to be honest and say that tomorrow is a different story," Wehrlein said. "We have struggled with tyre degradation in the races and we're missing a bit of rear downforce at the moment, which is hard on the rear tyres.

"The forecast is for the weather to be a little bit unpredictable, so hopefully that might shake things up and help us. My plan is to drive every lap as fast as possible and see where we get to."

With Felipe Massa - who had been due to start 10th - instead forced to start from the pit lane, Wehrlein had clear track ahead of him for the start, but was fortunate to avoid a penalty for accidentally pulling into Massa's grid slot, before swiftly reversing into his correct position.

Wehrlein stayed 12th as Toro Rosso's Carlos Sainz Jr got ahead on the opening lap, but managed to keep McLaren's Fernando Alonso at bay through the opening stint on ultra-soft tyres, allowing him to rise as high as sixth before pitting on lap 13.

The later stop had allowed many of the drivers behind to gain places on the undercut, meaning Wehrlein emerged from the pits a lowly 17th. He would toil away behind Sainz and Haryanto before being passed by Kevin Magnussen's Renault, prompting Manor to take a second stop on lap 23. It dropped Wehrlein to last before going a lap down on the leaders. 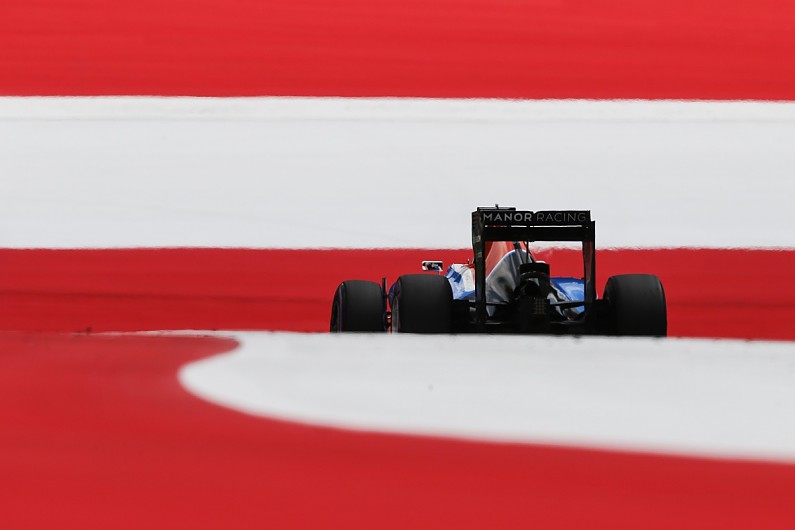 But when Sebastian Vettel suffered a tyre failure and the safety car was called, it threw Wehrlein a lifeline. He was able to unlap himself and latch onto the rear of the field again. Running on soft tyres that had suited Manor through much of the season, Wehrlein was hoping to take them to the end of the race - meaning he had 48 laps to hold on.

The first 10 laps on the restart kept Wehrlein in last place before his rise through the field began. He gained places on Esteban Gutierrez's Haas and Nasr when they both pitted before passing Haryanto, and then made up more places as drivers ahead struggled with tyre wear. Magnussen, Ericsson and Jolyon Palmer dropped behind, as did Nico Hulkenberg's Force India. Even after being passed by Valtteri Bottas, Wehrlein had risen all the way up to 12th with 10 laps to go.

Wehrlein was put onto the fringes of the points with eight laps to go when Alonso suffered a battery failure. He had managed to reel in Bottas - sitting 10th - as the Williams struggled to keep its tyres alive, while pressure behind from Massa had been removed after a brake issue had forced him to retire a few laps earlier.

As warring race leaders Nico Rosberg and Lewis Hamilton closed and sparked blue flags through the lightly-falling rain, Wehrlein was forced to ease off in his charge, much to his frustration.

But when Sergio Perez suffered a brake failure on the penultimate lap, going straight on at Turn 3, it handed Wehrlein 10th place. Even with late pressure from Gutierrez, he held on to bring home just the third point and second top-10 finish in the Manor operation's F1 history.

"I thought 'the race is done' because we were so unlucky with the safety car," Wehrlein said after the race. "But I kept pushing and trying to manage my tyres because I didn't want to stop again. 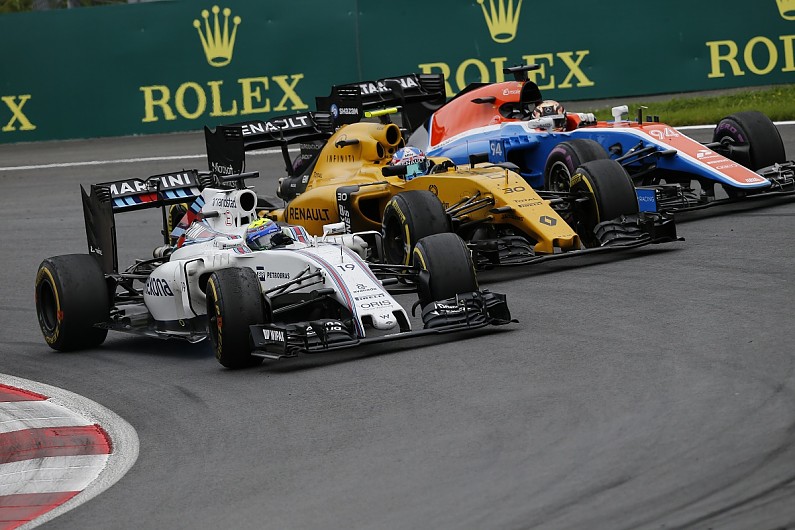 "I was hoping to get a crazy scenario when Rosberg and Hamilton were coming in the blue flags and have an advantage because of that. Otherwise it would have been difficult to overtake [Bottas] because he was on 10 or 15 lap old super-softs and I was on more than 40 laps old soft tyres.

"I was still able to fight with him, so it was a great performance today from the car. I don't know where it was coming from!"

It was the first race all year Manor hadn't been struggling with its tyres, aided by the cooler temperatures on a drab day in Spielberg. There was undoubtedly slices of fortune as Perez, Massa, Alonso, Hulkenberg and Gutierrez all suffered setbacks, but Wehrlein was only passed twice all race. The Manor clearly had the pace.

"When I took over the team in 2015, the challenge was clear; it was imperative that the team finish in 10th place or better in 2016" Stephen Fitzpatrick

It marked the first points for the team since Jules Bianchi's charge to ninth at Monaco in 2014, and acted as a huge boost for its future.

But it would be the final true high point for Manor. As the season wore on, Sauber began to edge clear in the basement battle. Even the arrival of fellow Mercedes junior Esteban Ocon in place of Haryanto at Spa wasn't enough to lift the team again, leaving it hanging on for 10th in the constructors' championship nearing the end of the season.

And then came Brazil, the wet race that would be the final nail in the coffin for Manor's future. Ocon mustered a superb drive to 12th - only dropping out of the points with five laps to go - to mark the team's best result since Wehrlein's point in Austria.

But as Nasr finished ninth for Sauber and scored two precious points for the Swiss squad, Manor slumped back to last in the constructors' table. Unable to recover the place in Abu Dhabi, it left Manor facing a financial setback of around £30 million. 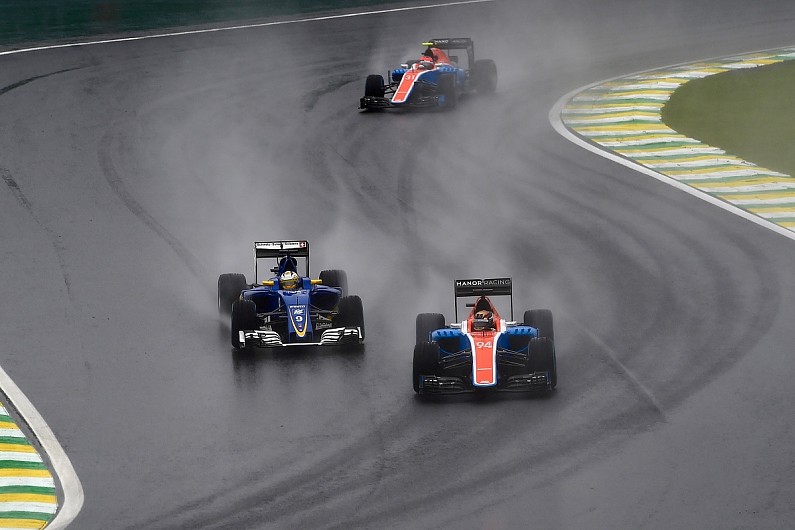 On 6 January 2017, Manor announced it had entered administration after failing to find the investment it needed through the winter.

"When I took over the team in 2015, the challenge was clear; it was imperative that the team finish in 10th place or better in 2016," team owner Fitzpatrick said.

Three weeks later, the operating company confirmed it had ceased trading after failing to find a buyer. It was a sad end to the Manor story, particularly after such a high in Austria as it proved its ability to fight with the established midfield teams.

Its presence on the grid also gave breaks to promising young guns in Wehrlein and Ocon. Looking now at a time when so many youngsters are now clamouring for a place on the F1 grid, two extra F1 seats would be most welcome.

But its closure also proved the flaws in F1's financial agreements. While they added extra incentive to avoid finishing last, the terms were always built for a 10-team grid. If suggestions of a future expansion end up ringing true, the hope would be the revised terms from 2021 will be more flexible to prevent history repeating itself. 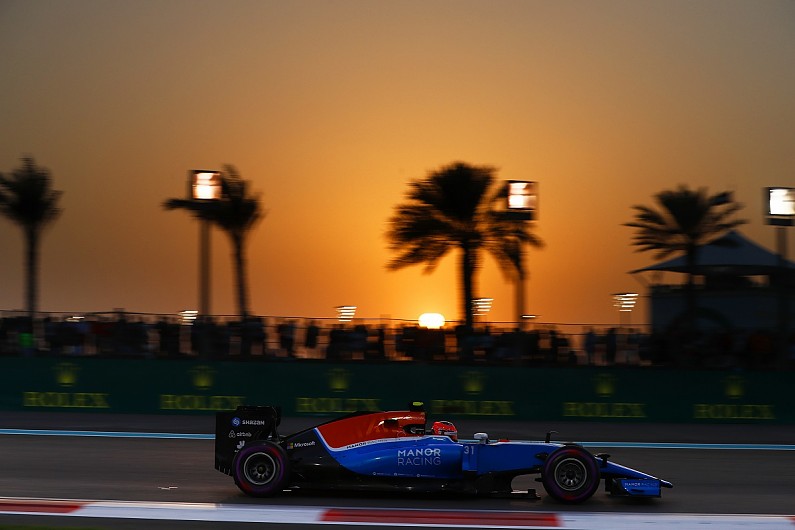