The move to restructure Williams' Formula 1 operation through a possible sale of the team should not be viewed as "anything other than positive", according to deputy chief Claire Williams.

After reporting a £13 million loss through 2019, Williams announced last week it was reviewing its strategic options for the future including a possible sale of the company or sale of shares to new investors.

The moves comes off the back of Williams' slump to the bottom of the F1 constructors' championship in each of the past two years, having struggled to compete with the rest of the field.

The news was met with sympathy through much of the F1 community given WIlliams' long-standing place on the F1 grid.

The British team has won nine constructors' titles and seven drivers' championships since debuting in 1977.

But Claire Williams stressed the steps to find fresh investment for the team should only be viewed in a positive light, ensuring it can continue to race and compete for many more years.

"I've been getting so many emails almost of condolence from people, and I get that, and it's much appreciated, but I'm looking at this from a really positive perspective," Williams said in an interview on Sky Sports News.

"This is something that will ensure the future sustainability of our team. The Williams family, has always been about that.

"We put our team first, and we put its success first, and the investment that we're looking for is going to help us achieve that. 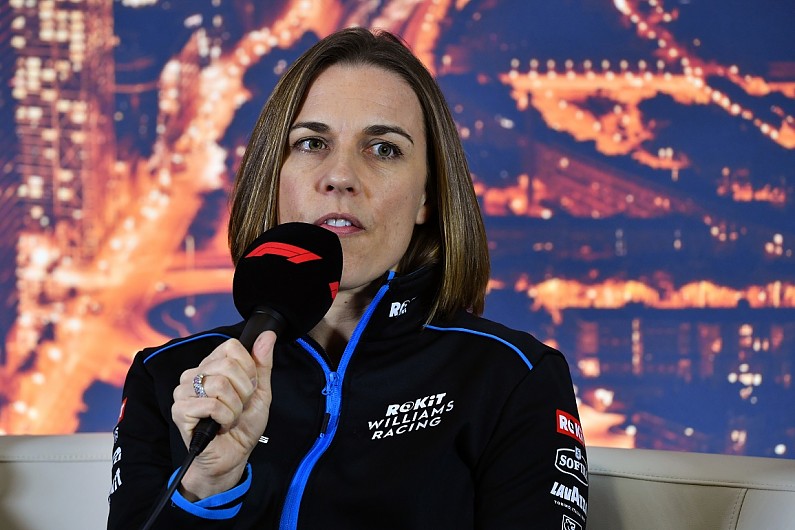 "For me, this is a good thing that we're doing, and it shouldn't be looked on in a negative way, in a disappointing way, or anything other than positive. The people here understand that, the people at Williams understand it, and I think they're excited.

"This can potentially give us a very positive future."

Williams is aiming to resolve plans for its future in the next three-to-four months, but any changes will have no bearing on its current racing plans for 2020.

The team announced last week it had terminated its agreement with title sponsor ROKiT, but Williams said that would be the only noticeable change for this year.

"I can absolutely, wholeheartedly promise you that we have a fully-funded budget to continue this year's calendar, whatever that calendar may look like," Williams said.

"The car will still be a Williams and we'll still be the same people involved in putting that car on the grid on a Sunday.

"George [Russell] and Nicholas [Latifi] will still be in it. The only thing that will change is that we'll have a slightly different livery.

"We will be giving it, like we would each and every year that we go racing, our absolutely all to do the best job that we can.

"We're desperate to get back to the racetrack, obviously as and when it's safe to do so, because as everybody knows, we've put in so much work over the last 18 months to turn this team around.

"I think we had a pretty good showing in testing, I think that we demonstrated in February that we've made some changes.

"We were looking forward to showing that on the race track in Australia.

"We're really excited about going back racing in July and hopefully giving our fans something to cheer about, and then move forward into the future."