Ferrari's Charles Leclerc has completed his filming run for the remake of the controversial short movie 'C'etait un Rendezvous', by lapping the Monaco Grand Prix Formula 1 circuit on Sunday.

Working on the newly-titled "Le Grand Rendez-vous" with French director Claude Lelouch, whose nine-minute film of a high-speed drive across Paris in 1976 led to his brief arrest, Leclerc took a Ferrari SF90 Stradale around the 2.074-mile lap at dawn of what would have been race day for the 2020 Monaco GP.

While that event was cancelled as a result of the coronavirus crisis, the gradual lifting of the lockdown measures in France and Monaco meant Leclerc's run was witnessed by onlookers in the Principality situated from balconies and on the streets - the latter gatherings under the supervision of local authorities, per a Ferrari statement.

Leclerc reportedly hit speeds of 150mph during his blast around the Monaco streets, which were closed to traffic to allow the filming to take place. 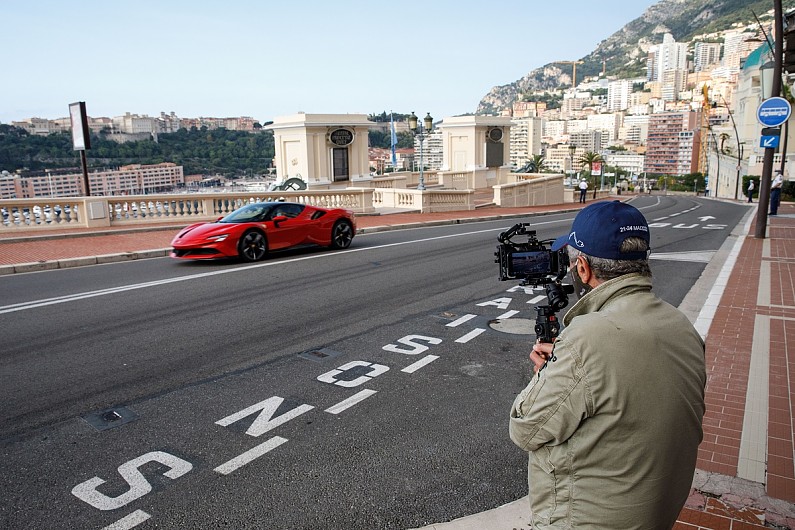 Prince Albert of Monaco also made an appearance in the film, which is set for release on 13 June, while Ferrari chairman John Elkann visited the set.

"It's a message of hope to show that things may be a little different now, but that the enthusiasm is still there.

"I had a great time. We're going to try to give you a great ride on this circuit, which is the most beautiful in the world.

"I hope that this ride will give us hope and desire to continue to play with life."

Leclerc will have to wait at least another year to win a race on his home streets, as the Monaco GP will not be part of F1's target revised 2020 schedule.

The race's organiser, the Automobile Club de Monaco, recently released the dates for its Historic Grand Prix and Formula E race to run alongside the GP - with three events over five weeks - in 2021.

Leclerc has a had a tough run of results in races in Monaco after he retired from the 2017 Formula 2 feature race - that he had long led - with a suspension problem (he also retired from the sprint race), and then crashed out of his first Monaco GP when a brake problem sent him into the back of Brendon Hartley's Toro Rosso.

In 2019, he was eliminated in Q1 when Ferrari opted not to send him out for an additional run, and he then retired from the race after colliding with Renault driver Nico Hulkenberg, which caused him to spin and pick up a puncture that damaged his car and caused his eventual DNF.