The hopes of Silverstone hosting Formula 1's British Grand Prix in July have been boosted by the latest UK government plan to resume live sport next month.

Following an address from Prime Minister Boris Johnson on Sunday night, the British government issued a 50-page document on Monday outlining plans to ease lockdown measures in the coming weeks.

The second phase of the plans includes "permitting cultural and sporting events to take place behind closed doors for broadcast, while avoiding the risk of large-scale social contact".

While this will not come into force until June 1 at the earliest, it has aided the chances of the British Grand Prix taking place in July behind closed doors.

F1 is currently working on plans to begin the 2020 season in Austria on 5 July, with the aim of establishing a "biosphere" at European races to protect those working in the paddock.

Silverstone confirmed last month it would only run the British Grand Prix behind closed doors, but track chief Stuart Pringle said at the time he was "encouraged" by the government's early hopes of resuming live sport. 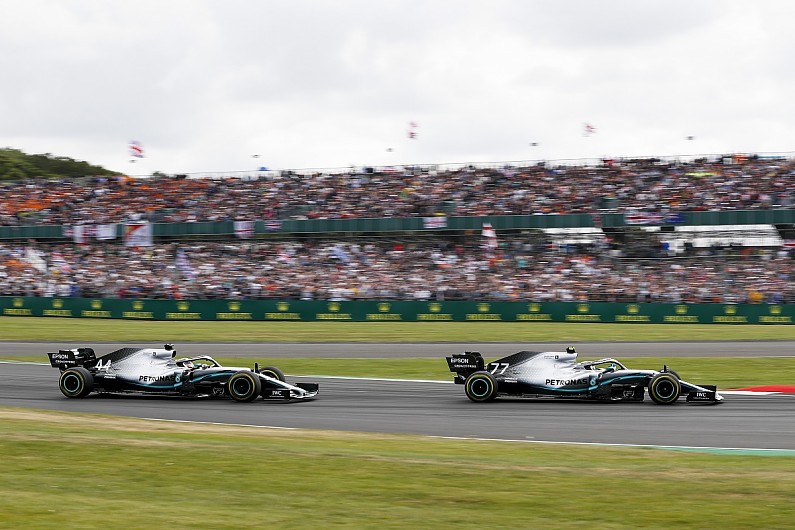 Following the publishing of the guidelines, a Silverstone spokeswoman told Autosport the track and F1 "remain in close dialogue regarding the ongoing situation and are assessing the feasibility of holding the British Grand Prix behind closed doors".

The UK government document said making major sporting events accessible to fans "may only be fully possible significantly later depending on the reduction in numbers of infections".

However, it remains unclear whether F1 personnel travelling from Austria to Silverstone would have to adhere to a 14-day self-isolation period that is set to come into force for international arrivals imminently.

The government guidelines require "all international arrivals not on a short list of exemptions to self-isolate in their accommodation for 14 days on arrival into the UK".

Should F1 fail to gain exemption for the paddock personnel travelling from Austria to the UK, it would complicate plans to run races at the tracks on consecutive weekends.

F1 is looking to run a grand prix at the Red Bull Ring in Austria on both 5 July and 12 July, potentially followed by two races at Silverstone.

An F1 spokesman told Autosport on Sunday it "will wait to see the details and are in discussion with government regarding our plans to restart racing safely".