Formula 1 boss Chase Carey says it won't be "handing out candy" when dealing with the teams and its other partners in regards to financial aid during the coronavirus crisis.

F1 is in the difficult position of being under some pressure to offer financial support to the teams in order to help them through the COVID-19 crisis, while at the same time struggling to generate income over the season.

Race promoters are not expecting to pay their full fees for hosting races if there are no fans, while TV broadcasters and sponsors will also want to renegotiate if they don't get what they paid for.

TV deals are understood to be subject to reduction should the calendar fall below 15 races, but arrangements with sponsors and venues are less clear cut.

"Whether it's the teams, or promoters or sponsors, we're not going to be handing out candy to everybody," Carey said in a call with Wall Street analysts.

"We're going to expect to be treated fairly, but we're going to deal with it as adults, and with the expectation that 2021 is going to look like the business that we all knew four months ago."

Carey admitted it was difficult to conclude arrangements given the fluidity of the calendar.

"I think in terms of the teams, 2020 for us and the teams, we're not going to have the [financial] results we expected to have when we started the year.

"And I think everybody is doing what they can to shore up.

"Right now there are too many moving parts. There are so many 'what ifs,' I don't think it's constructive to address parts of it.

"I think we need to get far enough along in these plans to know where we're at.

"We expect the teams to be taking the right initiatives to get them through it." 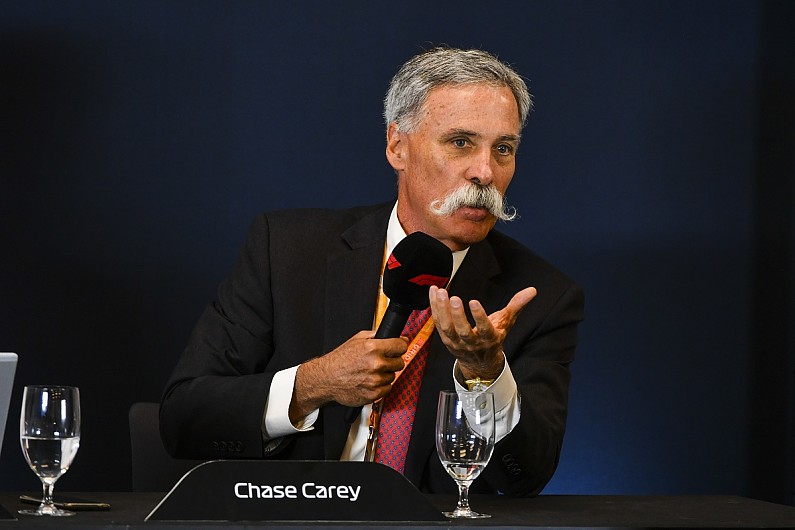 Carey acknowledge that that it was difficult to override the established financial arrangements, but discussions would be held with all parties to find a suitable solution for all going forward.

"Realistically we couldn't unilaterally change it if we choose. To expand on that, it's a percentage of profits, and profits will be down, and the prize fund would be down.

"Would we do something to support certain teams? We're not in the business of handouts, but that being said we'll engage with all our partners and figure out how do we go forward in a way that makes sense for everybody.

"But the prize find itself is defined by a contract that is a percentage of EBITDA [earnings].

"I don't think we really move to the next level until we really know what that is. Obviously we have a lot of moving parts, we haven't settled the calendar, we don't know how many races have fans.

"At this point we have a wide range of outcomes on the ultimate prize fund. I think when we have a better handle on that we'll see where we are and see if it's appropriate or right for us to do anything, whether it's with a team or with any of our other partners."

Regarding renegotiating deals with F1 sponsors who don't benefit from a full season Carey said: "We are working to achieve what we think will be the expectations of our sponsors. At the end of the day these are relationships, and these are long term relationships.

"We'll sit down as partners and find a fair path forward.

"We want them to feel good about what we do, but equally we have an obligation to deliver certain value, and if we deliver it, to receive fair value for it. We will approach as partners."