For many Murray Walker will always be the voice of Formula 1. With a 52-year-long TV commentary career behind him, Walker is ingrained in the fabric of British motorsport.

For 23 of those years he guided fans through the intricacies of grand prix racing with his inimitable enthusiasm alongside a host of co-commentators including James Hunt, Graham Hill and Martin Brundle.

Walker is perhaps best known for his 'Murrayisms'; amusing verbal slip-ups that occurred during his commentary that motorsport fans recall fondly even to this day.

Bursting with so much excitement, such mistakes were unavoidable and became part of Walker's long-standing appeal.

Who is Murray Walker?

Born on the 10 October 1923, Walker grew up surrounded by racing. His father Graham Walker was a motorcycle works racer for Rudge, Sunbeam and Norton, which meant that weekends were spent watching racing from a very young age. It was his father who paved his way into a career in motorsport, with the elder Walker turning to radio commentary after his retirement from racing as well as becoming editor of Motor Cycling magazine.

Young Murray followed in his footsteps, commentating on a wide range of motorsport from Formula Ford to truck racing before ultimately breaking into F1 where he would remain for almost a quarter of a century. 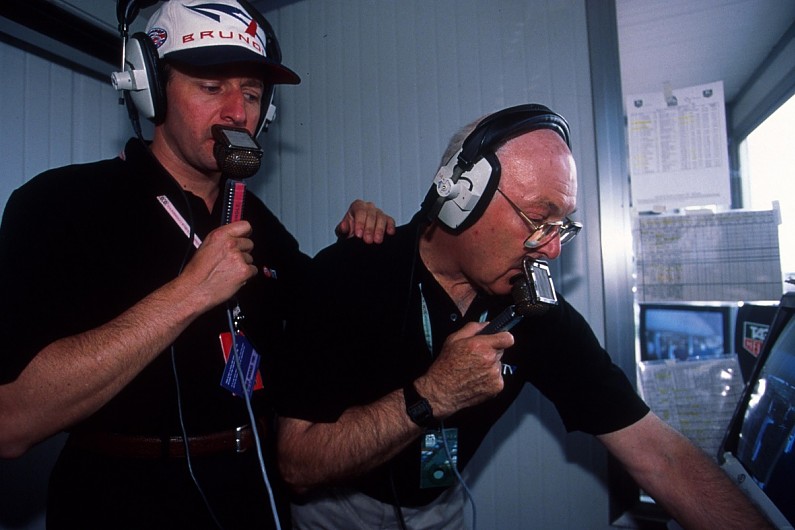 When did he start commentating?

Walker's first live radio broadcast came at the 1949 British Grand Prix, where he was positioned at Stowe corner. Following that success he went on to cover the Isle of Man TT alongside his father for 14 years, as well as other motorcycle and four-wheeled events all over the country.

Walker juggled a full-time job in advertising while commentating most weekends for decades, working with clients such as Mars, Vauxhall and Weetabix across his career.

In 1978 he began commentating on F1 for the BBC, which was when fans really began to fall in love with the joyfully enthusiastic but mistake-prone figure. 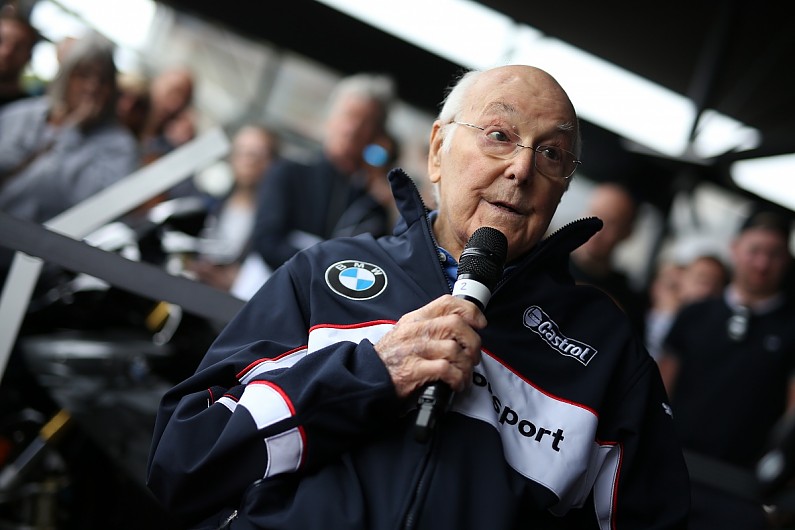 In 1996, Walker's two worlds of F1 and advertising collided when he starred in an advert for Pizza Hut with that year's F1 world champion Damon Hill. The premise of the advert is that Hill is minding his own business getting his food while Walker follows him commentating on his every move. A fan-favourite when it comes to F1 based advertisements. Watch it here.

When did Murray Walker stop commentating?

Walker officially retired from commentating in 2001, but he made a one-off appearance at the 2007 European Grand Prix to fill in for David Croft on BBC 5 Live. The toll of fly-away races and working long days under immense pressure began to show and, aged 78, he felt that it was time to take a step back from such a demanding role.

What does Murray Walker do now?

Since retirement Walker has had a career performing after-dinner speeches and doing talks on cruise ships, as well as continuing to do one-off bits for the BBC and other media organisations. Since a cancer diagnosis in 2013 Walker has slowed down a little more, but even when he's out of the public spotlight the 97 year-old remains firmly in the affections of fans and the motorsport community alike.