The motorsport world has been saddened by Murray Walker's passing at the age of 97 on Saturday. In honour of the Formula 1 commentary icon, Autosport is revisiting Walker's recollections of his favourite race - the 1986 Spanish Grand Prix - that were first published in the 19/26 December 2013 issue of the magazine

My time behind the F1 microphone was the 1980s and 1990s, plus a couple of years either side of them, and what a fabulous period it was.

The swansong of the fabled Ford Cosworth DFV engine, the glorious turbo years with their chattering wastegates and spark-showering skid blocks.

Lotus, Ferrari, Williams and McLaren. Honda, BMW and Renault. Superstars Nelson Piquet, Niki Lauda, Ayrton Senna, Alain Prost, Mika Hakkinen and Michael Schumacher - and my mate Nigel Mansell for whom, as a fellow Brit in his gutsy roles of ‘Il Leone’ and ‘Our Nige’, I had a very soft spot.

There was always drama when Nigel was around. A physical confrontation with Senna at Spa, a wheel coming off in the pitlane in Portugal, winning first time out with Ferrari, collapsing with heatstroke at Dallas, trying to get past Senna at Monaco and leaving Williams in a huff but, most of all, breathtaking happenings at the wheel.

Like sensationally passing Gerhard Berger at Mexico's Peraltada corner, catching and passing Piquet at Silverstone, wheel to wheel with Senna at Barcelona and passing Ayrton to take victory in Hungary. All manna from heaven for me, but none more so than Nigel’s epic battle with Senna at Jerez in 1986. 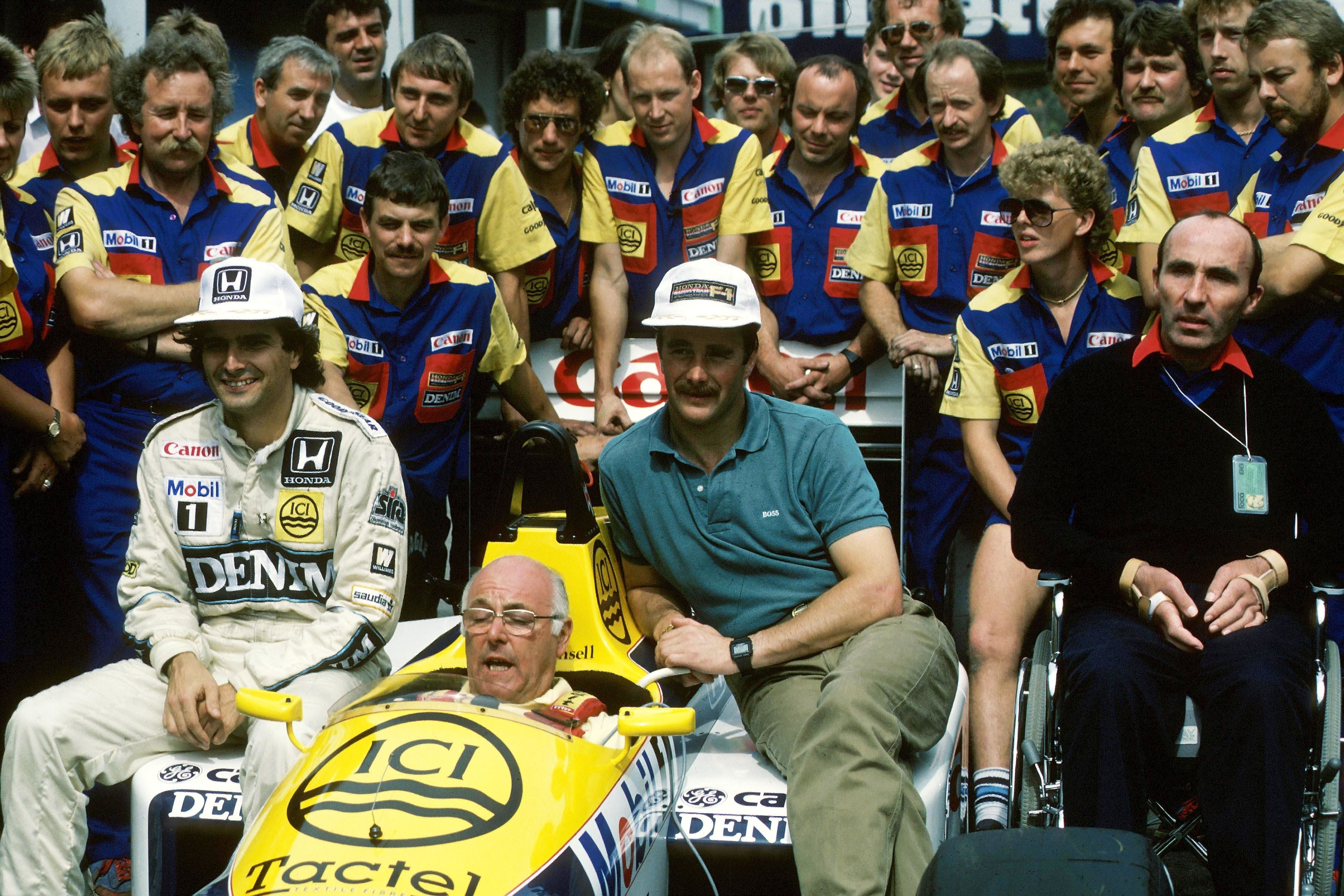 For me, that was one of the truly great years of Formula 1 with Nigel so nearly winning the championship, racing against his bitter rival and Williams team-mate Nelson Piquet, McLaren's Alain Prost and Ayrton Senna in the Lotus Renault. Race two was the Spanish GP at Jerez with Senna starting from pole position.

It was an event that was going to be dominated by the need to watch tyre and fuel consumption and the leaders, glued to their read-outs, took it relatively easy until lap 40 of 72 when Nigel, happy about his fuel, charged into the lead and pulled away from Senna and Prost.

But then his Williams started handling strangely and into the pits he shot for a fresh set of Goodyears. Out he came with eight laps to go, a daunting nineteen seconds down on Senna, to start a spellbinding charge, gaining by an incredible three seconds a lap. Past Prost to second and with three laps left he was five seconds behind Senna.

Surely it was impossible to catch, let alone pass the flying Brazilian? But no one told Nigel that. Driving out of his skin he started the last lap 1.5 seconds behind the Lotus and as they exited the last corner together he was closing fast.

What a finish! “I just did it didn’t I?” asked Nigel… but no, he hadn’t. Senna crossed the line a minuscule 0.01 seconds ahead of the Williams for one of the two closest victories ever - matched only by Peter Gethin's defeat of Ronnie Peterson at Monza in 1971 by the same wafer-thin margin.

And me? I was nearly through the commentary box roof! As ever Nigel had made my day. 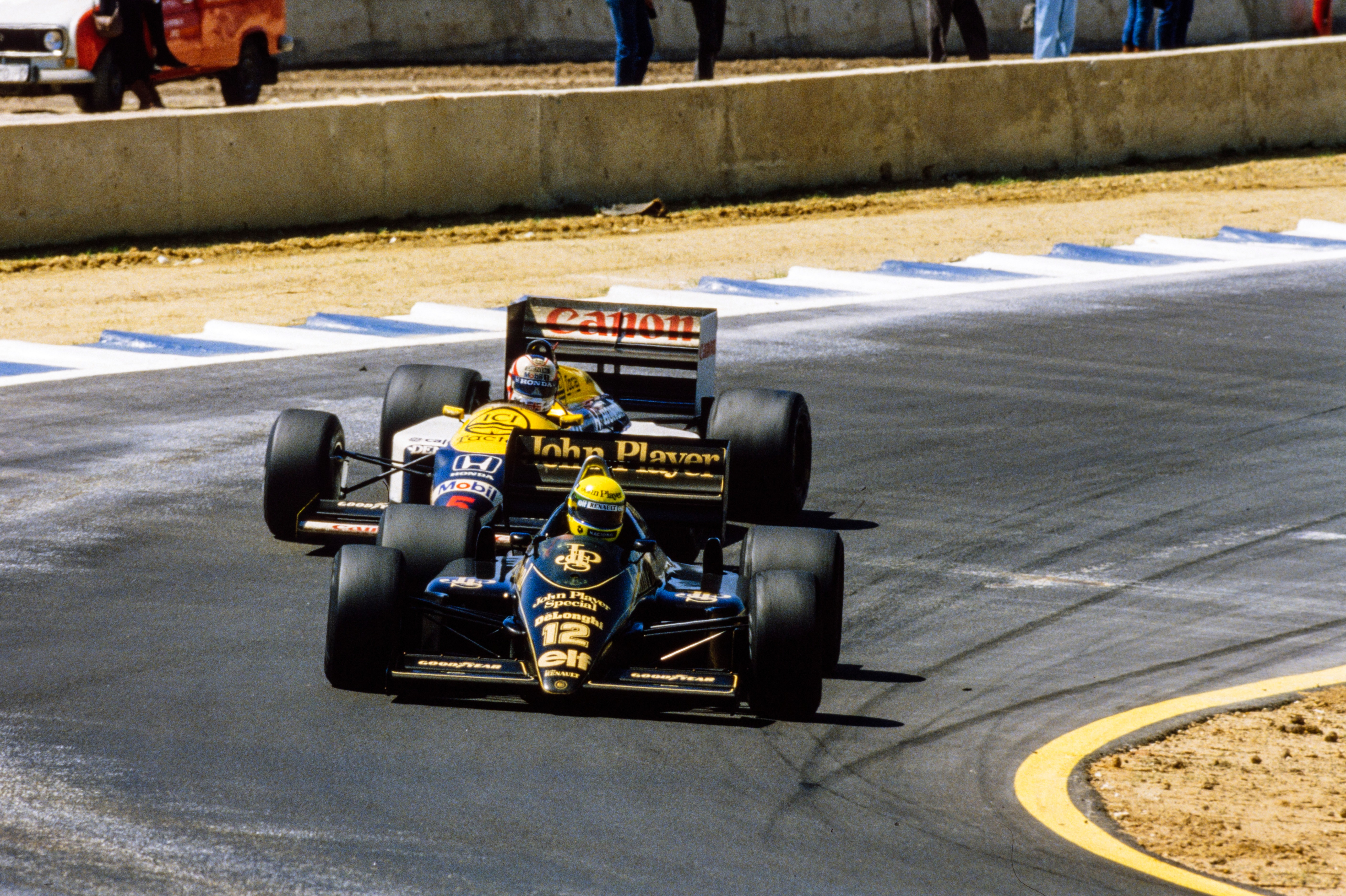