Renault has not ruled out Sebastian Vettel as a 2021 Formula 1 option if it loses Daniel Ricciardo, but suggests its preference would be to go for a youngster instead.

The French car manufacturer's contract with Ricciardo runs out at the end of this year, and the Australian has already been strongly linked with a move to Ferrari should Vettel not stay there.

Both Renault and Ricciardo are hoping that a performance uplift this season will be enough for them to extend their partnership, though, but nothing is set in stone.

Speaking to the 'La Grille' programme on Canal+, Renault F1 team boss Cyril Abiteboul was not dismissive of a swoop for Vettel, but equally did not suggest it would be his priority.

"I don't want to say no, as he is a great driver, and a great champion," said Abiteboul when asked if the four-time champion was an option.

"We worked together on the engine side and we won together.

"[But] I rather aspire to work with tomorrow's drivers than yesterday's.

"Now 2021 is coming, we have to acknowledge it. Typically, there's Christian Lundgaard.

"He's an option among others: he's got his F2 season to do, we've got our own season to do with Daniel." 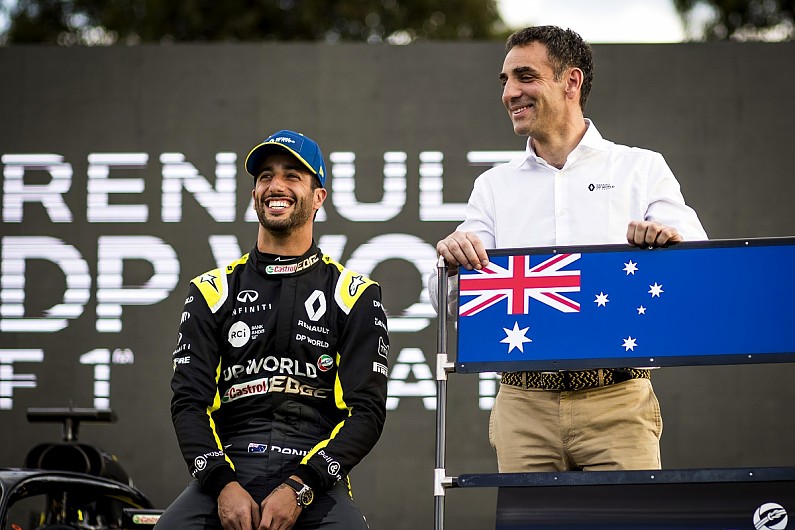 Abiteboul was clear that the main factor in deciding Ricciardo's future would be the form of the Renault car; although the delay to the start of the season would mean a conclusion on that would have to wait.

"The project is what matters. I'm answering the question without really answering it, but I think we need to wait and see the first races.

"Have we made a step forward? Are we recovering a little more confidence compared to last year? Is he still integrating better within the team?

"Then, if we feel like we've got a long-term project, why not?"

Abiteboul also reckoned that Ricciardo was emotionally invested in Renault, having made a bold decision to move across from Red Bull at the end of 2018.

"I think Daniel cares a lot about his move to Renault, which was very criticised by some media - British media - who don't understand it," he said.

"This idea of building a project on the human, technical and sporting side matters to him.

"He's someone who is guided by his emotions and he wants to show he can stick to his decision, as long as it proves to be a good one."