Sergio Perez expects the top three Formula 1 teams to remain "quite a bit ahead" of Racing Point, despite pre-season testing speculation suggesting its 2020 car could trouble Ferrari.

Racing Point's RP20 caused a stir in winter testing due to its design similarities with Mercedes' W10 car from 2019, and the team ended up with the fifth-fastest time of the two tests at Barcelona last month.

There were signs Racing Point was potentially masking its ultimate performance, and long-run comparisons suggested the team is ahead of its midfield rivals, while Ferrari team principal Mattia Binotto said Racing Point is "a threat" to his squad's position in the pecking order.

But Perez, speaking on the Thursday ahead of the Australian GP's cancellation due to the coronavirus outbreak, insisted otherwise.

"I think we definitely have a good car, but I think the top cars are still quite a bit ahead," he said when asked if Racing Point would be a podium contender in 2020.

"The midfield group is very tight - so to get podiums you still rely on things happening to the top three.

"But we will see - I think probably we have closed up the gap. I don't know how much, I'm curious to find out. But we'll see if we can make [podiums] happen this year." 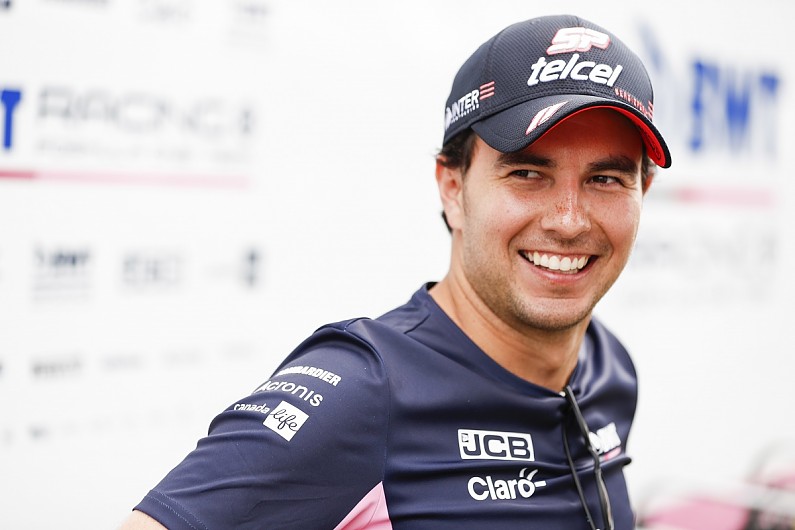 Perez's team-mate Lance Stroll pointed out that "generally, the car is always feeling good in winter testing", when asked by Autosport how the RP20 felt to drive compared with the team's previous machine.

Stroll added: "We've only driven it on one track and [in] very good conditions. "In winter testing it's always cold and the engine's happy and the aerodynamics work well in those cold temperatures.

"But I definitely think we've made some progress over the winter - the guys have been working really hard.

"So, hats off to all the engineers back at the factory, who have worked really hard over the winter to develop this car - and we're very excited to go racing with it."

Perez agreed with Stroll that while Racing Point has "reasons to be optimistic", he feels "it's going to be very different" when the season gets underway.

Speaking in the expectation of the Australian GP going ahead, he said: "We will see as to where we are - and obviously on Sunday I think there are a lot of uncertainties that still have to... [that] we have to read.

"Tyres are going to be a massive topic this year with the increase in pressures.

"So, there are a lot of things that Barcelona doesn't give you a full picture [for]."