The Circuit of the Americas' temporary closure and trimmed workforce will have 'no impact on its ability' to host this year's Formula 1 United States GP.

The Austin venue has been badly hit by coronavirus precautions, including tightened restrictions on public gatherings - such as the 50-person limit recommended by the US Centers of Disease Control and Prevention on Sunday.

The F1 grand prix is scheduled to take place on 25 October, although this could be subject to change depending on the reinstatement of the postponed races onto the calendar.

COTA has already had its MotoGP race moved from 5 April to 15 November, while its IndyCar race, due to be held on 26 April, has been cancelled indefinitely.

Other events, including a Rolling Stones concert on 24 May, are now extremely unlikely to go ahead.

In an attempt to cut costs the circuit has let go of many employees, and reduced the hours of others. 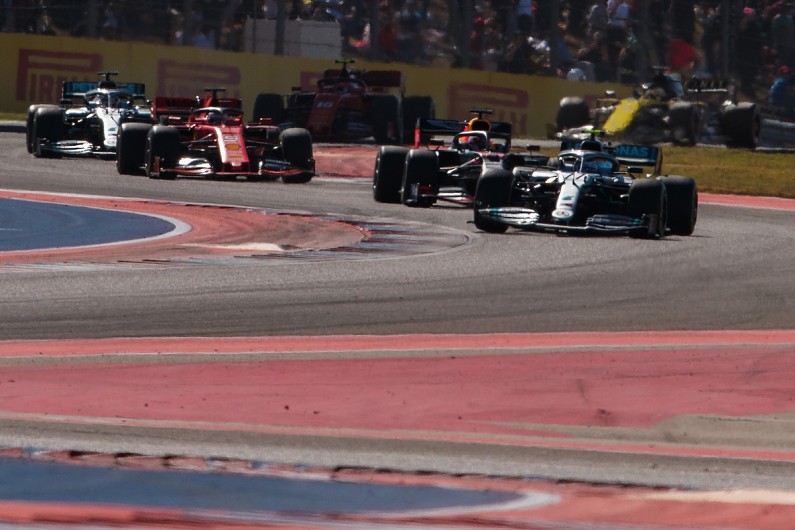 However, Austin circuit boss Bobby Epstein is still confident that the track can still host October's F1 race, if circumstances regarding the pandemic have changed for the better.

"In the next 90 days alone, events representing nearly 600,000 ticketed visitors have been postponed, cancelled, or are in jeopardy," Epstein told Autosport.

"The actions taken today have no impact on COTA's ability to host the Grand Prix."

In a separate statement the circuit said: "We are heartbroken for our employees (and their families) who spend all year preparing to welcome guests from Austin and all around the globe but now find themselves without work.

"The joy of creating memorable occasions has been replaced with the disappointing reality of a worldwide crisis.

"It is indeed a terrible time in the event and hospitality business.

"Most of all we hope everyone stays healthy, heeds the caution advised by leaders and experts, and comes back to COTA when good times return."