Dutch Grand Prix boss Jan Lammers has acknowledged the race is unlikely to keep its 3 May date, but he's still "waiting for clarity" from Formula 1 and the FIA.

In a statement on Friday, F1 made it clear that the 2020 season won't start until the end of May at the earliest in the wake of the coronavirus pandemic.

The Australian, Bahrain, Chinese and Vietnam races have all already been formally postponed.

The Dutch government has since put a ban on events with more than 100 people until 31 March, and an extension of a month would include the first two days of the scheduled F1 race weekend.

Efforts are now being made to find a new slot for some of the postponed races, with August the obvious option for the Dutch race at Zandvoort.

"We haven't received any official announcement yet," Lammers told Autosport.

"So F1 and the FIA haven't said 'the Dutch GP has been cancelled for the initial date of 3 May' - an official message is still pending.

"Of course, no one would be surprised if there will be more clarity soon, and if the Dutch GP will be rescheduled eventually.

"But there is no point in going through all kinds of scenarios yet.

"We are waiting for clarity from F1 and the FIA before communicating anything."

Lammers stressed that the health issues are the priority worldwide at the moment.

"The coronavirus rules right now, it is just as simple as that," he said.

"With the reality we faced a few months ago we wanted to race in May, of course.

"But with today's reality you have to ask yourself if you want to put fans in such an uncertain situation? Public health is the most important thing to us.

"All beautiful things we have in mind for the Dutch GP in Zandvoort, I can still see them happening.

"But we shouldn't forget, world health is under threat, so that is everyone's top priority at the moment." 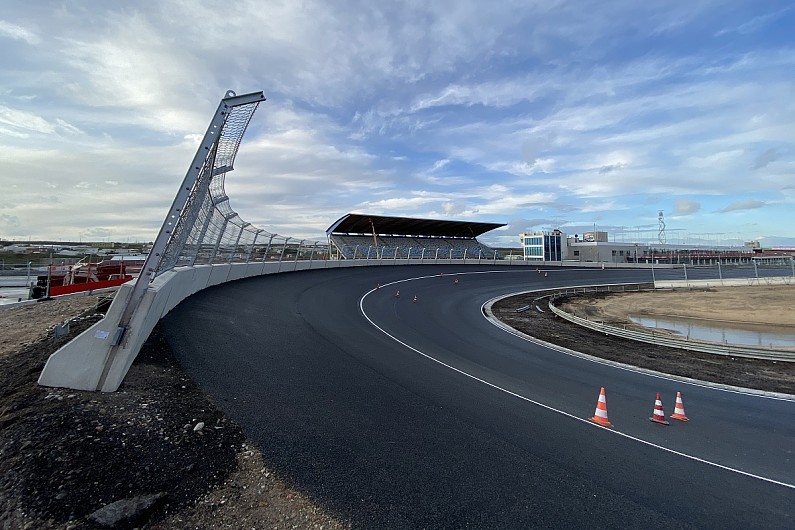 Zandvoort is widely acknowledged as being high on the list of the races that F1 wants to reschedule, along with Vietnam - the other new race due to be introduced for this year.

"Personally, I think we are pretty high on F1's priority list as well," added Lammers.

"But again, formally we didn't receive a clear message yet. So we want to understand everything ourselves before we can and will communicate anything.

"I hope fans will understand this and keep their enthusiasm for a couple of months.

"In any case, ticket holders don't have to worry: all tickets remain valid in case the race will be rescheduled."

Regarding F1 managing director of motorsport Ross Brawn's suggestion of a two-day weekend format to help ease congestion, Lammers said: "In Zandvoort that doesn't seem like the best option to me.

"If Zandvoort is characterised by anything, it is by our 'Super Friday' and by the fact we are sold out for every single day - you will hardly find anything like that at other grands prix.

"So if other races have almost no fans attending Friday practices, then it sounds like a decent plan. But for Zandvoort that wouldn't be the ideal scenario."