Honda has made a 'big step up' with its Formula 1 engine this year, especially in packaging terms, claims AlphaTauri team boss Franz Tost.

With the Japanese engine manufacturer setting sights on a potential title challenge with Red Bull, it has worked hard since last season to improve the power, reliability and packaging of its 2020 power unit.

For Tost, whose team has worked with Honda since the start of 2018, the progress that it has made has left him impressed.

"This was a big step up," said Tost, when asked by Autosport about the development Honda has made for this season.

"We are working together the third year with them and, if you look at how the power unit is fitted into the monocoque, and if you would compare this to the first year, then there's a big difference.

"Everything is optimised: from the electric boxes to the water pumps and oil pumps, and all this kind of stuff, to get a better centre of gravity, and better weight distribution.

"This of course helps; this is a performance differentiator and they made big steps forward also from the reliability side and from the performance side."

AlphaTauri technical director Jody Egginton says that the long-term relationship with Honda has been key in helping drive forward improvements, as both team and engine supplier have a better understanding of what they need.

"They're adapting their power unit to our packaging needs," he said. "You've got a very good dynamic there, and they're always working to meet the needs of AlphaTauri and Red Bull.

"That's just gone on and on - and they're very responsive to that. 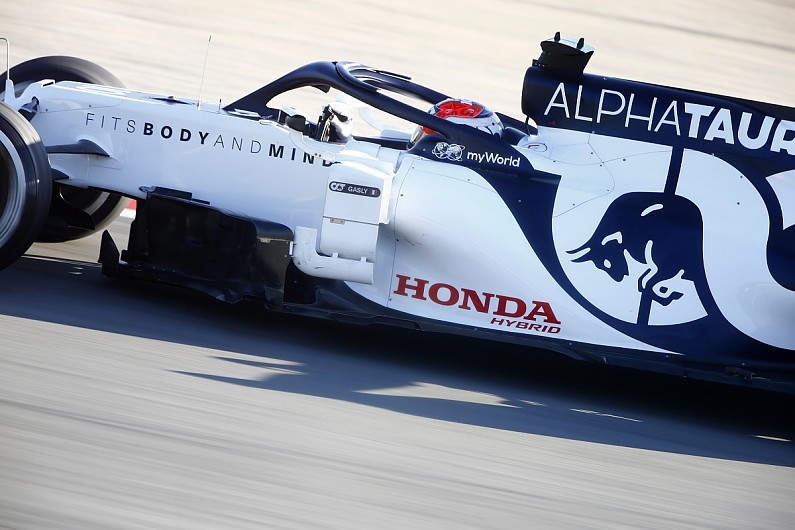 "It's allowed us to really ask a lot of questions to get the thing packaged as tightly as possible and they are being flexible to actually achieve that. So it's a sort of an evolution.

"By the time you get to the third year, your working relationships are formed, you understand the basics of their philosophy behind the power unit and it's continuity.

"And with continuity gives you the opportunity to push things a bit further and optimise things."

For Red Bull, Honda's progress is viewed as an essential element for title aspirations this season, with team principal Christian Horner admitting that a lack of engine performance had held the team back in recent years.

"We've got a very strong team - our driver line-up, the strength and depth that we have within the team," he explained. "I think our engine partners are a key aspect as well, which has been the missing ingredient for the past few years.

"That relationship with Honda we saw really grow during the course of last year, with the three victories we achieved, the pole positions.

"And of course, heading into a second year with continuity, with the power unit more integrated into the chassis, of course our expectations grow and our targets are very high this year.

"We know we've got some fierce opponents but we do have the strength and depth within our team to put a real challenge together this year."