The team's Friday running was interrupted in the morning when Romain Grosjean suffered a water leak, while Magnussen speared off the track at the Turn 7/8 left-right on his fifth lap in the afternoon session.

The right-rear wheel spacer failing resulted in damage to the rim, which caused the air to leak out of the tyre.

Magnussen spun and clipped the tyre wall and, though the damage was relatively minor, Haas decided not to rush repairs just to get him out at the end of the session - meaning the car did not return to the track.

"This morning we had a small problem and we were stuck for maybe half an hour," said Steiner.

"We had a water pipe which was leaking.

"And then this afternoon we had a problem with a wheel rim, with the spacer, and when we went out it broke the rim and then we had a flat tyre.

"And then obviously to fix the car took too long for the few laps you can do at the end, so we decided to call it a day.

"The spacer between the wheel and the hub was broken, and then the wheel machined itself in bits and pieces, the air got out and the tyre went off and he went off.

"When you look at it, it's a pretty simple failure, but it shouldn't happen.

"I think we didn't have any mechanical issues or anything.

"And the car was very reliable until that happened, and it's easy to fix." 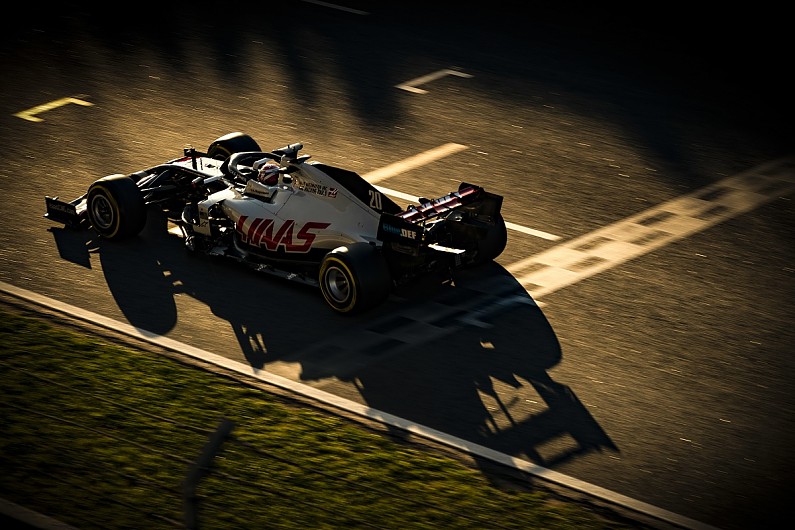 Steiner said stopping early and missing out on mileage was not a grave concern despite this year's limited six-day pre-season schedule.

"We could do that because the rest of the week was going well," he added.

"The first two days were very good, so for sure you always want to drive more, and for sure we will miss the three hours in the end, and I will be standing here and crying about three hours of testing that we missed.

"But all-in-all, we had a good week, and we now need to go and look at the data.

"A lot of data crunching going on the next days, and then come back here and try some other stuff can try to get even quicker."