Zandvoort chiefs are holding back some track data from Formula 1 teams in order to try to stop them being too prepared for the Dutch Grand Prix.

Teams undertake a significant amount of computer and driving simulations as part of their pre-event preparations to hone the set-ups they need before the track action begins.

But in an attempt to make the first Dutch GP since 1985 more unpredictable, Zandvoort architect Dromo is limiting the amount of information made available to teams to only essential data.

"But all modern F1 teams work scientifically, so if he gives all the data to them they will enter it into their simulator programmes in no time.

"That is exactly what we don't want to happen.

"So what he gives them is very limited.

"We want drivers to go out on the track during Friday practice to find the best possible set-up.

"So that is a bit of old school racing and makes the weekend probably a bit unpredictable."

As well as the lack of information making the weekend more difficult for teams, Lammers hopes it will spice things up for drivers too.

"It will be a bit of a challenge for them," he added.

"He [Jarno] absolutely doesn't want them to have too much information beforehand, so they can do a lot of preparatory work in the simulator.

"He basically wants teams to find out everything during Friday practice sessions. Maybe that could make the weekend a bit more exciting."

Lammers said he hoped the situation will mean fans see more of the cars on Friday, as teams will be forced to do more learning on-track.

"Normally Formula 1 teams are a bit cautious during Friday practices, to save tyres for the rest of the weekend," he said.

"But I think Formula 1 drivers will drive even more laps on Friday than during the race on Sunday, because of the new track.

"Everyone will be out on track pretty early in FP1.

"They will have to make the most of Friday practices to gather information for the best possible set-up on Saturday and Sunday." 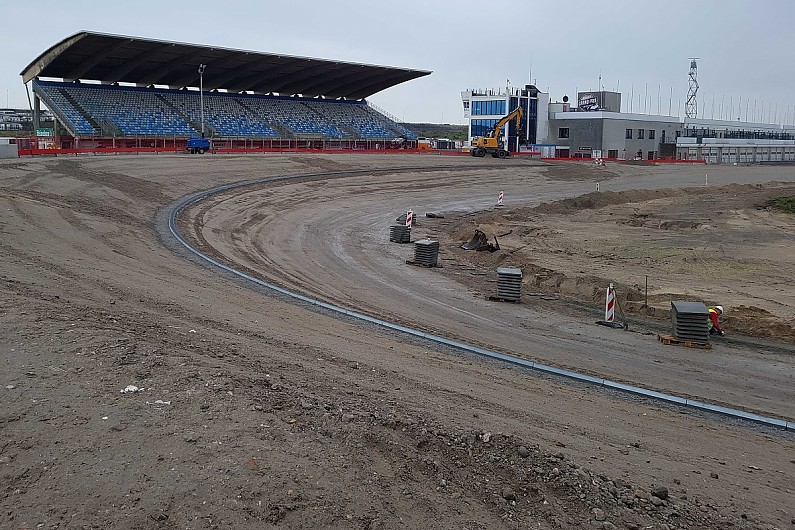 Construction work to bring Zandvoort up to F1 standards is ongoing, which includes work on the banked Hugenholtz and Arie Luyendyk corners.

"The Luyendyk corner will be a bit more spectacular than we initially thought," he said.

"That is because this corner will be two metres higher than before.

"It means drivers will go a bit downhill when they enter the main straight.

"These differences in height make it even better for Formula 1 drivers."