Red Bull team boss Christian Horner believes Formula 1 is set for a "classic season" between his outfit, Mercedes and Ferrari "unless somebody pulls a rabbit out of a hat".

Unbeaten in F1's hybrid era, Mercedes has wrapped up every drivers' and constructors' title since 2014 ahead of each respective season's finale, as neither Red Bull nor Ferrari have managed to consistently match the Silver Arrows' performance over a campaign.

Last year, Ferrari looked poised to finally end Mercedes' dominant streak as it grabbed the headlines in the pre-season, only for Mercedes to then start the season by winning eight races on the bounce.

But while 2019 featured new aero regulations aimed at improving overtaking, which Red Bull believes hampered its start to the season, and a total switch to thinner-tread tyres - which seemed to catch out Ferrari - no changes of a similar level will follow for 2020.

And with the top teams' performance having seemed to converge over the course of last year, Horner is convinced F1 should finally enjoy a proper multi-team title scrap once more.

"We've got continuity across all aspects of next year with drivers, with regulations, with engine supply, engine regulation," Horner said.

"So unless somebody pulls a rabbit out of a hat, then I think we're set for a really exciting year next year between, Mercedes, Ferrari, ourselves.

"And it could be a real classic season." 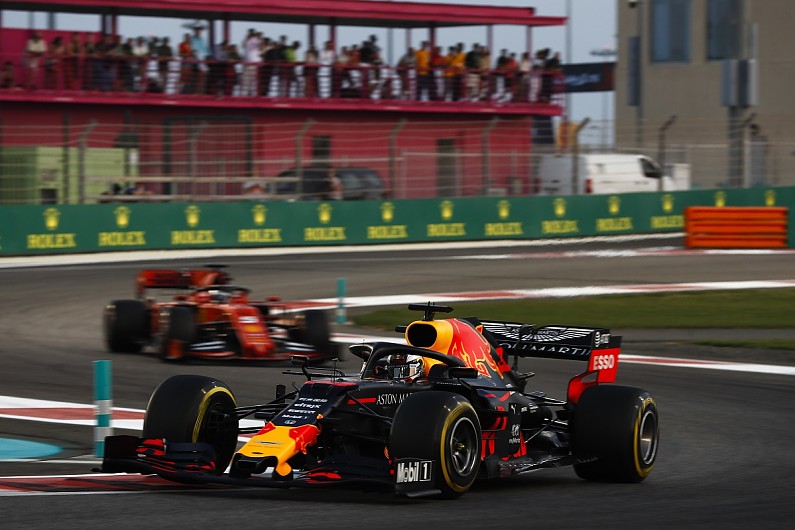 Starting the year slowly and then making up ground to its main rivals over the year has been trend for Red Bull during the hybrid era, and its lead driver Max Verstappen - who has re-signed with the team through 2023 - has stressed the importance for the Austrian team to be in the mix from the get-go.

Horner sees no reason for why that should not be the case in 2020, especially given the progress made by engine partner Honda last year.

"The front wing regulation change, and the tyre change over the winter seemed to affect us perhaps more than our opponents," Horner reiterated.

"And of course also, at that time we were still catching up on from the power perspective.

"But I think from Austria onwards, we really got on top of that and the second half of the year for us has been very competitive.

"I mean, if I look back to 2017, we had a fantastic car at the start of the year, we should have been on the front row in Melbourne, we won the second race in China.

"We had a very, very competitive car, the beginning of '17. And again, that was with stability of regulations, and I think we have that again from 2019 into '20.

"You can't gauge what others are doing. But hopefully, theoretically, the Melbourne ['20] car will be an upgrade of the Abu Dhabi ['19] car."