Pierre Gasly says his Formula 1 season driving for both Red Bull and Toro Rosso felt like a "Hollywood movie", such were his highs and lows in 2019.

Gasly graduated into a Red Bull seat for 2019 after a promising debut campaign with Toro Rosso the year before, but he struggled to match Max Verstappen and he was placed back at Toro Rosso ahead of the Belgian Grand Prix.

Gasly's season also included a maiden F1 podium finish in the Brazilian Grand Prix, and he largely outperformed Toro Rosso team-mate Daniil Kvyat in the second half of 2019.

But Gasly also had to contend with the death of close friend Anthoine Hubert during the Belgian GP, while Alex Albon - who took Gasly's place at Red Bull - sealed the final seat at Red Bull for 2020.

Reflecting on his 2019, Gasly told Autosport: "It's been almost like a Hollywood movie.

"Then after the swap, the way I got back into the [Toro Rosso] team, it just did not feel real.

"Like so many moments over the year, it has been: 'This can't be happening. It can't be real.'"

Gasly said that Hubert's passing at Spa was his lowest moment, while his second place at Interlagos was the highlight. 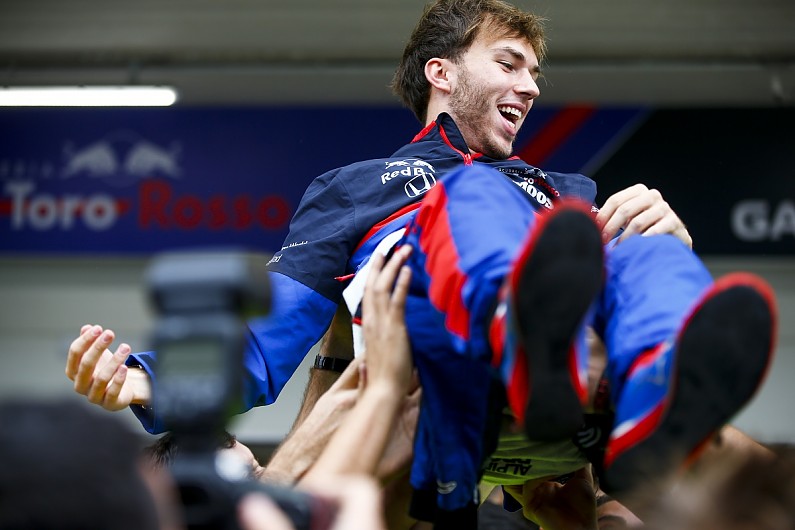 "It was such a roller-coaster year," he explained. "I went through every kind of emotion.

"One of the saddest moments in my life was in Spa when Anthoine passed away, and already I was in a difficult weekend going back to Toro Rosso.

"And then there was Brazil, which was probably the best moment in my life and also in my career.

"I knew that 'OK, keep pushing, and at some point, things are going to fall in the right order.'"

Gasly played down the idea of his Brazilian GP podium silencing his doubters.

"It's good to see when the work pays off, so it was nice," he said. "After I came back here [to Toro Rosso], one more podium or one less, it doesn't change the person I am.

"I am still the same. I'm still working the same and approaching things the same way.

"But it's just nice to show that, even after all these difficult times, I always keep working until I reach the performance I want."