Alex KalinauckasThe signs that point to another season of electric chaos

Mercedes Formula 1 driver Lewis Hamilton says 2019 was the best season of his career, especially considering he started the year with a "heap" of a car.

Hamilton clinched his sixth drivers' championship this season, and is now just one title shy of Michael Schumacher's all-time record.

But despite his Mercedes team taking control of the title battle from the first race in Australia, and reeling off eight consecutive wins at the start of the season, Hamilton said the W10 with which he won the title was tricky to begin with.

"When we started this season, our car was actually a real heap to drive," he said at the FIA Prize Gala in Paris.

"It wasn't that great looking at the testing. We couldn't quite get it in the window, and it wasn't until the last day that we got it to work.

"And then we went to the first race and we already had some great results."

Hamilton said the campaign had "been the best year I would say in my whole career" and, asked by Autosport what factors had made it such a good season, added: "I would say probably more the influences from outside.

"I think that's really what made the year the best.

"I think the season on a whole was as strong as the last.

"Qualifying wasn't as strong this year but still, I was qualifying front row, top three quite often, and split the Ferraris when they all of a sudden had 30bhp more than everyone.

"Qualifying was still good, but it was a harder car to drive this year. So the races were just as strong as last year." 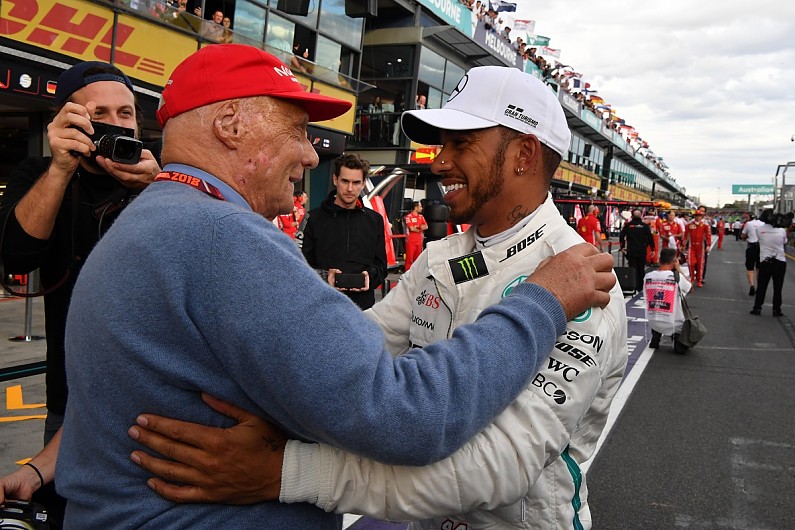 Hamilton said 2019 had been a season of contrasting emotions, in which he has enjoyed success outside of F1 but has also had to cope with the deaths of FIA race director Charlie Whiting on the eve of the season, three-time world champion and Mercedes non-executive chairman Niki Lauda, and Formula 2 racer Anthoine Hubert at Spa.

"The races are really where the championship was won but I think also the outside I've just been happier in collaboration with the team, in terms of teamwork," he said.

"And things like the doors that have been opened in terms of fashion. That's been well received and well accepted, and my fans have been amazing, supporting me with it.

"So being able to do those things and it not be talked about too much, because in the sense of negative, that's a distraction.

"But then also there's quite a few people that we've lost so it's been quite an emotional rollercoaster.

"From race one, to Monaco, to Spa, which were big, big dents in the motorsport world.

"And I think for everyone, they were struggling."