Formula 1 team bosses remain concerned that the 2021 regulations will not allow enough design differentiation as the parties involved work towards avoiding "a GP1 formula with silhouette cars".

Among the raft of changes being planned for F1 in 2021 are new technical and financial regulations designed to reduce spending and close the performance gap between teams.

However, a mix of standard parts and tighter technical rules remains concerning to teams, with Alfa Romeo team boss Frederic Vasseur admitting: "I'm just a bit scared that if the room of freedom is too small at the end, we will end up with [a car] like a monotype.

"But it won't be a monotype, and we will have to spend millions for this."

Many teams have voiced concern that the designs will become too "prescriptive", while the rulemakers have undertaken an unprecedented research and development programme to refine the 2021 rules.

This has included a 50% scale model undergoing windtunnel testing and a new front wing idea presented to teams on Monday.

Speaking before this, Mercedes team principal Toto Wolff said he had been encouraged by a meeting between the teams, F1 CEO Chase Carey and FIA president Jean Todt over the Singapore Grand Prix weekend.

"It's clearly nobody's intention to have a GP1 formula with silhouette cars, cars that look that," said Wolff.

"Aerodynamics should still be a differentiator, that is acknowledged by all stakeholders on the table. 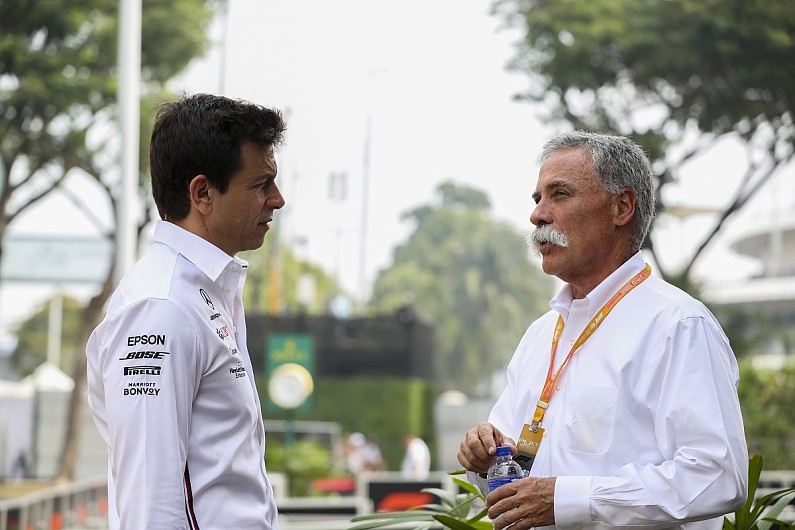 "We've got to make another loop around the regulations, have another look at them and see if we can find a compromise between what's on the table on the moment, which is very, very limited in terms of the aero development, and on the other side as much freedom as we have today."

F1's deadline to cement the 2021 rules is at the end of next month, which does not leave much time to try to find a compromise.

Red Bull team principal Christian Horner said he doubts there is "any aero department that's read those rules and got particularly excited about them".

"For any aerodynamicist, prescriptive design is not in their DNA," Horner added. "There's probably a few long faces in the aero department, but that's not just unique to Red Bull and our strengths over the last few years haven't purely been solely down to aerodynamics.

"It's more digesting those rules, they raise some questions which will no doubt be put forward in the coming meetings which we seem to have endless amounts of and we will see where they end up." 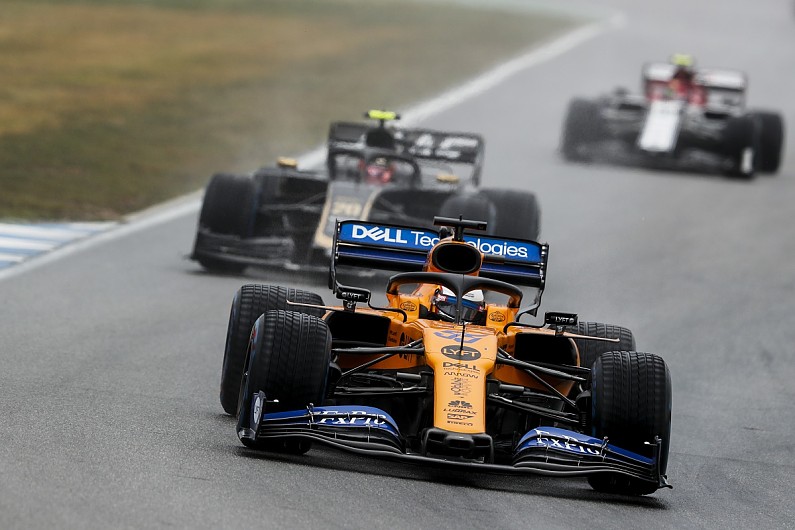 "If the rules were a little bit more opened up, whether it was aerodynamics or others, then you'd have some more choices to make and you might see cars coming out looking a little bit more different than they do today," said Brown.

Renault believes there is merit in tighter control initially while the new ruleset settles down.

"Looking at 2021, it's going to be such a step-change I think it's not bad to start with some things that are fairly prescriptive," said Renault boss Cyril Abiteboul.

"We need to be careful because last time there was such a massive change to regulations, it was 2014, and that created a cycle that I understand people criticised a lot.

"It locked up a performance differentiator, so that's why I think it's not bad to do that initially and open up."