Renault Formula 1 team boss Cyril Abiteboul thinks "some people at the FIA are losing the plot" when it comes to punishments given for technical infringements compared to driving standards.

In Singapore, Renault driver Daniel Ricciardo was excluded from qualifying after a kerb strike led to a power spike over the MGU-K limit of 120kW.

When called to the FIA, Renault pointed it out that it had not occurred on Ricciardo's lap that lifted him out of Q1, and that the time benefit was just one-millionth of a second.

But the stewards stressed that it was not necessary to demonstrate that there had been an advantage and that the precedent for any clear technical offences was exclusion, resulting in Ricciardo losing his eighth place and having to start from the back of the grid.

Abiteboul believes that there is a "disconnect" between the push to relax the penalties for driver investigations and the ruling that applies to minor technical infringements and that some margin should be built into the system for the good of the show.

"It's a bit sad because we all know the fans want less penalties, that's obvious," Abiteboul told Autosport.

"It's strange because on the one side you can see that on the race track, Michael Masi is coming with a new doctrine, the black-and-white flag, a sort of yellow card, so we're trying to be sensible about the regulations and the impact on the sport and the show.

"And on the other side we have this and, for me, there is a disconnect between the two that we can only regret because we were on the receiving end.

"In my opinion, in the future, there has to be a discussion with the FIA on whether we want to follow more that system that is going on in the race track, or that [there is a] strict application based on machines, not based on people.

"We're trying to be a bit less black and white on track. There are other precedents. The same thing happened to Pierre Gasly [a fuel flow irregularity in Baku] earlier in the season.

"I think some of the people at the FIA are losing the plot, in my opinion." 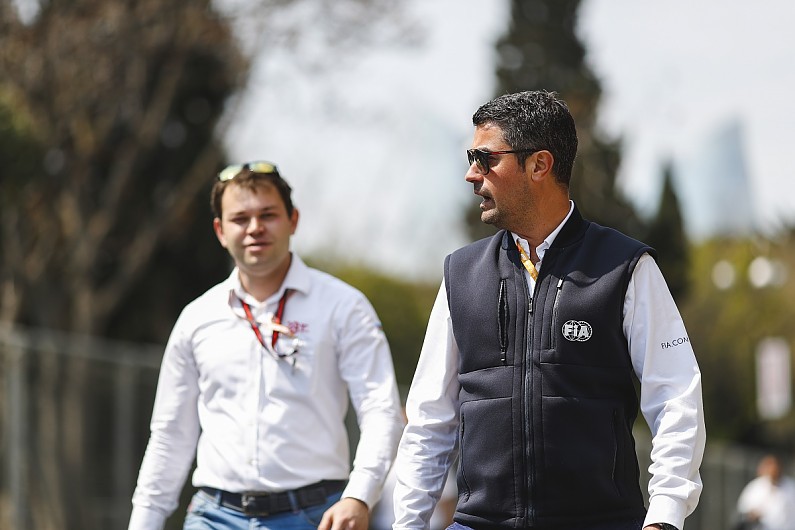 "When it comes to technical infringements, Martin Brundle put it best, 'you're either pregnant or you're not'," Masi said.

"I think everyone knows when it comes to technical infringements of that nature what the outcome is.

"I can feel for Daniel, it was an error, and sadly it is what it is.

"I think we're treading on dangerous territory when we're starting with technical infringements, in particular, building margins upon margins."

There is some leeway built into the penalty system in that technical delegate Jo Bauer often warns teams to address an issue without it necessarily going to the stewards, who then have no choice but to act once they are involved.

It is understood that Renault had suffered similar power spikes in practice sessions in previous races and had been encouraged to address the issue.