Charles Leclerc's Belgian Grand Prix victory last Sunday was Ferrari's first win of the season, and the Italian team is the pre-event favourite heading to its home race at Monza.

Ferrari's aerodynamic philosophy for this season has given it a straightline speed advantage all year and Mercedes had a surprisingly big deficit in qualifying last weekend at Spa, although it was much more competitive in the race.

Asked if he expected the same pecking order at Monza, Hamilton said: "It's all straights, so it's going to be a happy weekend for Ferrari, most likely.

"In qualifying [at Spa], we're losing over a second a lap. So, there's not much me and Valtteri [Bottas] can do in that instance, and there's not a lot of corners there to catch that up.

"It'll be interesting. In the next few days, we've got to make some drastic improvements to our straight speed, somehow.

"I don't know if that's possible, but if anyone can do it, it's our team."

Over the balance of the season, Mercedes has established a clear advantage over Ferrari and has been 0.309% faster on average.

At Spa, Ferrari turned the tables dramatically, holding a pace advantage of 0.744%, yet Hamilton finished within a second of Leclerc in the race. 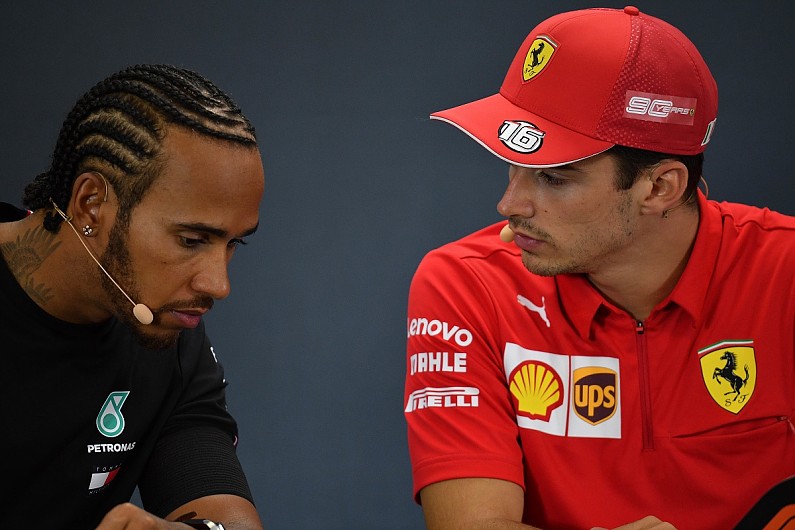 "We'll do our best, but [track] position is also everything," said Hamilton. "We've got slightly better degradation than them, and it's a longer race, isn't it?

"So hopefully we can have another close race like we've had [in Belgium."

Bottas added: "I think they're going to be quick there, but last year they were quick as well and we managed to make their life pretty difficult.

"That's where we got booed on the podium and everything. We'll try to do the same again."

Leclerc's victory earned Ferrari a reprieve heading to Monza, after a disappointing season in which it has cost itself a handful of victories but generally been too slow to challenge Mercedes.

Mattia Binotto, who celebrated his first win as team principal thanks to Leclerc's success last weekend, says Ferrari must be "perfect" to take victory again.

"The best way to approach Monza would have been to have won many races before, and not only Spa," said Binotto.

"But certainly as Monza is one of the most power-sensitive circuits, and we have proven our package is competitive at Spa, we may expect to be competitive at Monza as well, no doubt.

"We've developed some low-downforce packages, some of it has been used at Spa.

"We don't know what the others have prepared for Monza, that's really a question mark.

"We've seen that to win you have to do everything perfect: from the quali to the start to the team management to the drivers themselves.

"Nothing can be left and I am expecting it will be very difficult at Monza as well."