Daniel Ricciardo thinks the Red Bull Formula 1 team was not unfair to drop Pierre Gasly because he had been given enough time to show what he was capable of.

Gasly was drafted in by Red Bull as Ricciardo's replacement for this season, but endured a disappointing first half to the campaign in which he was a long way from team-mate Max Verstappen's performance.

With the team having lost faith in his ability to turn things around, it demoted Gasly to Toro Rosso for the remainder of the season in a straight swap with Alex Albon.

While Ricciardo made clear he was not happy to see Gasly get dropped, he reckoned it was not a surprise Red Bull acted in the way it did.

"To be honest, I don't think it's unfair," said Ricciardo. "I think they had to do something.

"Nothing against Pierre, I have no issue, I like Pierre as a person and I'm not happy to see him going back to Toro Rosso.

"But I think the reality is Red Bull did give him six months and I don't think there was that much sign of progression or momentum.

"And obviously with Max winning and showing the car is capable of at least being on the podium, Red Bull did expect to see that for now.

"It's also what as a Red Bull driver, I've experienced it... you know in the programme they're expecting this from you and if it doesn't happen, they'll move on.

"I don't want to say it's unexpected, and I'm sure Pierre had some suspicions that maybe something could change, but it's just the reality of their programme.

"So yeah, it's obviously a shame for him, but I think Red Bull had to do something.

"Now it's Albon with an opportunity, we'll see how that goes."

Former Red Bull junior driver Carlos Sainz Jr, who partnered Verstappen at Toro Rosso during their rookie campaigns in 2015, said he too was not surprised at Gasly's fate.

"We all know how the Red Bull world works and how quickly they can change opinion of things in a driver, so it doesn't surprise me at all," he said. 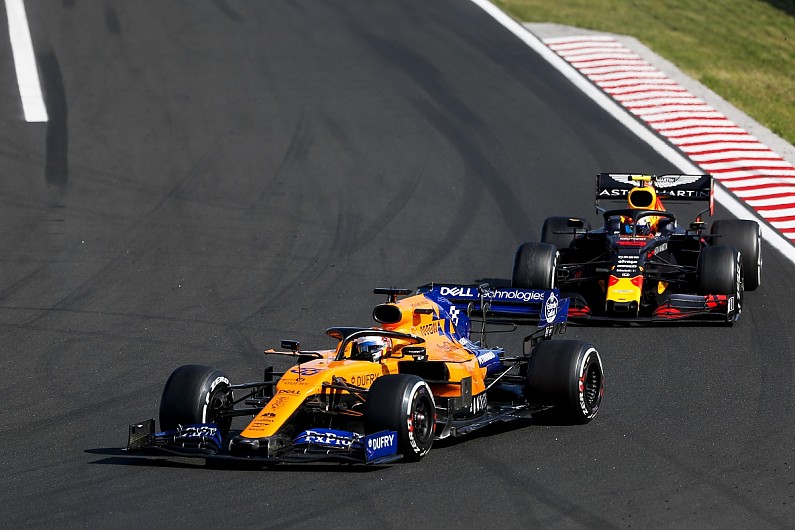 Asked if he felt it fair that Gasly was being compared to Verstappen, McLaren driver Sainz said: "Yes. I think it is fair to compare because they were driving the same car.

"But I've always said adapting to a new team takes a bit more time than people think or maybe what drivers or teams think the first time.

"There is always more to extract from an F1 car if you spend a few more years on it than the first 10 races of the season, and I am sure that can apply to any F1 driver out there."

While the other F1 drivers were not shocked at Gasly's demotion, several expressed hope that the move to Toro Rosso will allow him to rebuild his confidence.

Ferrari's Charles Leclerc said: "I feel for Pierre. He's a very good friend of mine, so obviously I'm pretty sad for him.

"But I think it's also an opportunity for him to have a second chance, and I hope he will take the full use of it and show how good a driver he is."

Ricciardo echoed the belief that Gasly should use his Toro Rosso move as a chance to show what he is really capable of. 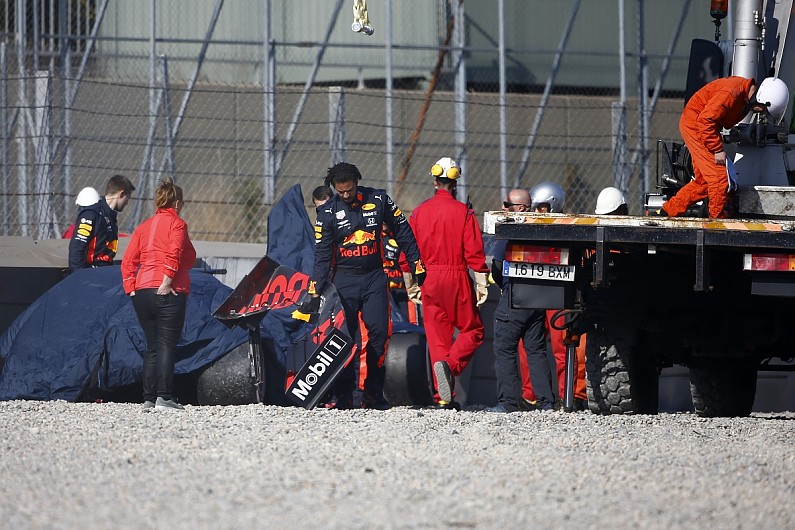 "It seemed Pierre was lacking confidence in the car from the start, having a few crashes in testing," said the Australian.

"I don't know if that took something out of him, but for me he looked more comfortable in a Toro Rosso last year.

"You can see now [Daniil] Kvyat surprised people by going back and finding a bit of a second wind, so maybe Pierre will have that.

"Also with young drivers, it is tough being in this position at such a young age, not many have been able to do it.

"Max is one to do it. But not many have come in so young and been able to hold such a high level.

"There's a lot of pressure and they're still young and with lives. It's not easy.

"As I said, maybe coming back now, he grows a bit and can have a second wind."