Honda believes it cannot do much more to secure its Formula 1 future as its programme chiefs await a decision from the company hierarchy on whether to continue beyond 2020.

The Japanese manufacturer ended its win drought earlier this season in Austria, where Max Verstappen scored the first victory for Red Bull and Honda's new-for-2019 partnership.

Verstappen won again in Germany and scored his first pole position in Hungary, as Red Bull-Honda cemented itself as Mercedes' most consistent challenger heading into the summer break.

Honda is weighing up whether to continue in F1 after the end of next season, and its victory in Austria was well timed preceding a board meeting.

The company's F1 managing director Masashi Yamamoto told Autosport that in terms of the significance of the place and timing for Honda's first win since returning to F1 in 2015, "maybe the only place it can equal is Suzuka".

Yamamoto added that what Honda has achieved at this stage of the season is "quite in accordance with my plan, what I had hoped".

"There is not much we could do more than this," he said.

"We didn't say we want to win five races but we want to exceed the points Red Bull scored last year and maybe five wins is possible."

Honda needs three more wins and nine more podiums with Red Bull to beat the team's 2018 record with Renault, but is on course to beat its points tally despite a performance disparity between the team's 2019 drivers.

Pierre Gasly has struggled in his first year with the Red Bull senior team and will be replaced by Alex Albon from the Belgian GP, but Verstappen's impressive campaign means Red Bull has 21 more points with Honda than it did at the same stage with Renault.

Verstappen has 181 points with Honda power compared to 105 points at the same point in 2018.

Even Daniel Ricciardo, who was Red Bull's lead driver in the championship heading into the summer break, only had 118 points this time last year. 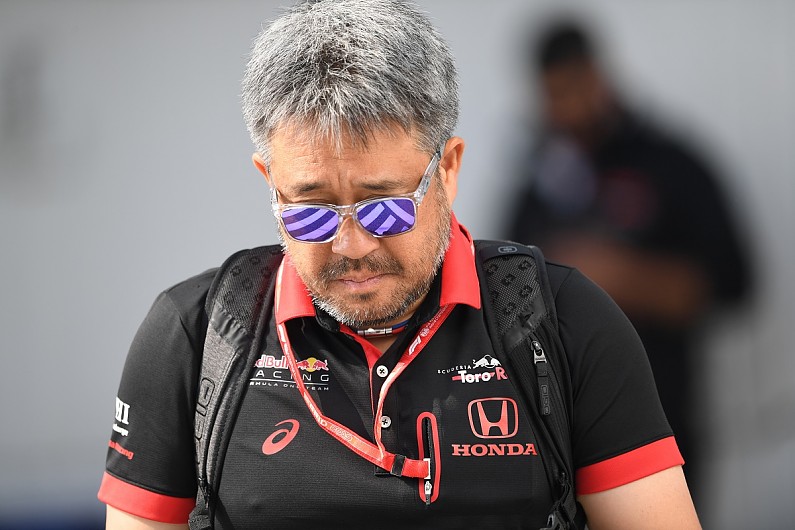 Yamamoto moved into a new F1-specific role for this season after previously being head of Honda's motorsport division, in order to give the project dedicated focus as Honda prepared for a major opportunity with Red Bull.

His faith in Honda's ongoing participation being approved has been increased following the two victories, which triggered a strong public response in addition to being well received in the company.

"I think it's going to encourage us for continuation," said Yamamoto.

"Honda and generally in society [in Japan] are in a very good mood that Honda has won.

"I think it's going to be very good for us.

"It's very difficult to clarify at this moment about the timing.

"It's true we're discussing it within the company.

"But we can't really say when we can announce it, at the moment."