The four drivers from the Renault and McLaren Formula 1 teams are set to take grid penalties at Spa and Monza when a new Spec C power unit is introduced.

Nico Hulkenberg, Daniel Ricciardo, Carlos Sainz Jr and Lando Norris have already taken penalty hits this season, and the introduction of new spec means that in each case they are likely to start from the back of the grid.

"We will have penalties after the break, we know that," Renault F1 boss Cyril Abiteboul told Autosport.

"Unfortunately that's been the plan since Bahrain, since Melbourne even for Carlos, when he had that problem with the MGU-K that caused the whole engine to be lost because of the fire.

"We know that we are on the back foot and that we are going to have to swallow a few penalties. They will come in sync with a new spec of engine [and] that will be the final spec, the Spec C.

"I don't want to confirm when and for whom that will come, but that will mean penalties and also a bit of extra power."

Normal practice suggests that one driver from each team will take the hit at Spa, where overtaking is possible and mixed up races are a regular occurrence.

The other two drivers would then take their penalties at Monza and ensure that there would be no planned penalties for Singapore, where passing is difficult.

"I don't want to confirm it, because it's not even confirmed with McLaren, and the engines are still being built as we speak," said Abiteboul. 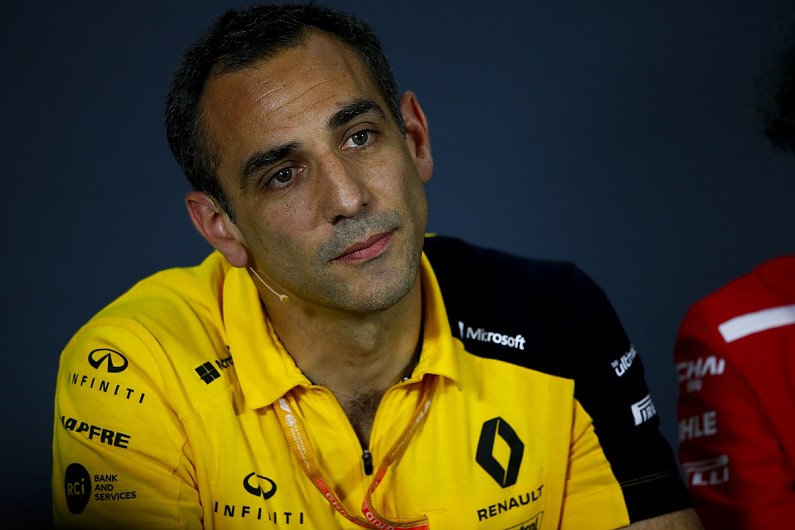 "So first we need to make sure that those engines are built properly and signed off properly, but that could be a plan. It's the normal thing to do.

"And if everything goes to plan, those will be the last penalties of the season."

Abiteboul hinted in Hungary that both teams may run the older Spec A engines that they still have in the pool, rather than the Spec B on which the Norris failure occurred, to bolster reliability.

"We have multiple specs of engine - we have two currently. I don't want to go into details but we are capable of using whatever engine is best, from a performance perspective but also a reliability perspective."

"It was a primary exhaust, a small crack, that led to a hydraulic leak, that was the cause of all that smoke. It was nothing to do with the engine," said Abiteboul.

On Thursday, it was confirmed that the Renault truck driver who was involved in a collision while transporting items to Hungary was to be discharged from hospital.

"We forget that F1 means hundreds of thousands of kilometres covered all over the place," said Abiteboul.

"Statistically these things happen. Super lucky that our guy is safe and in good condition. The content, which happened to be engine-related, was not damaged.

"These things happen, and fortunately, there were no more serious consequences."