The Dutch Grand Prix's return to the Formula 1 calendar in 2020 has been confirmed at an event at the Zandvoort circuit on Tuesday.

Zandvoort and the Dutch GP have not been part of the F1 schedule since 1985.

Following the rise of Red Bull's race winner Max Verstappen, Zandvoort organisers struck an agreement with championship bosses to exclusively discuss the return of the race next season.

A deal has now finally been agreed, with Zandvoort securing a deal to host a Dutch GP for at least three years from May 2020. It is expected to replace the Spanish GP on the calendar.

"We are particularly pleased to announce that Formula 1 is returning to race in the Netherlands, at the Zandvoort track," said F1 chairman and CEO Chase Carey.

"From the beginning of our tenure in Formula 1, we said we wanted to race in new venues, while also respecting the sport's historic roots in Europe.

"Next season therefore, we will have a brand new street race that will be held in the Vietnamese capital of Hanoi, as well the return to Zandvoort, after an absence of 35 years; a track that has contributed to the popularity of the sport all over the world.

"In recent years, we've seen a resurgence of interest in Formula 1 in Holland, mainly due to the enthusiastic support for the talented Max Verstappen, as seen from the sea of orange at so many races.

"No doubt this will be the dominant colour in the Zandvoort grandstands next year."

Multiple race winner Verstappen, still only 21, has developed a major following in his home country and has carried out F1 demonstration runs for Red Bull at Zandvoort already. 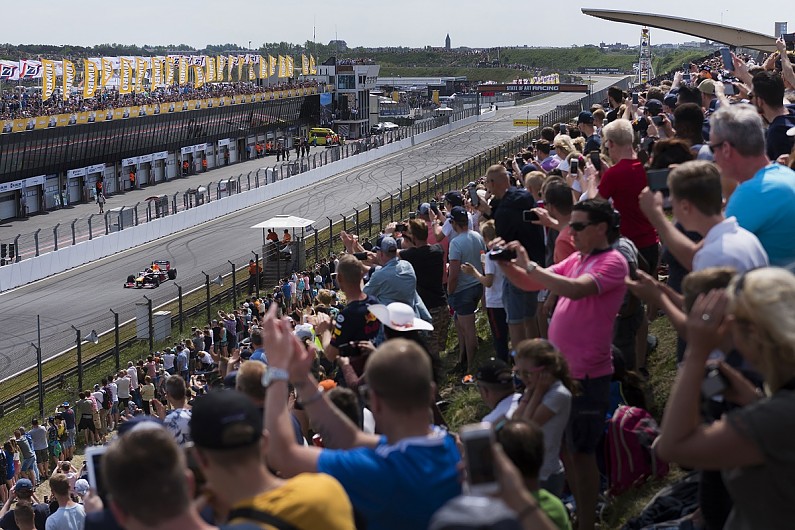 His 'other' home race, in Belgium, always attracts huge support, as does Red Bull's own grand prix in Austria.

Speaking after last weekend's Spanish GP, Red Bull team boss principal Christian Horner said: "We saw it here in Spain with [Fernando] Alonso when he was at his peak, we see the amount of Dutch fans around the world, it just seems to be growing and growing.

"I think a Dutch Grand Prix, with the popularity of Verstappen, is going to be immense. That's positive for Formula 1."

Verstappen set the unofficial track record of 1m19.511s during one of his F1 demonstration runs at Zandvoort.

"It's just an iconic, historic track," he said.

"I have raced there before with F3 and it was a lot of fun.

"I compare the track a little bit with Suzuka because it's designed by the same person so I can understand that the characteristics are a bit similar.

"It's a pretty quick track and it's always good and exciting to have new ones on the calendar.

"I've done a few laps and doughnuts in an F1 car there too and the track was actually pretty challenging because you have a few banked corners, some places are very narrow and there's no run off.

"It's very cool, and with no run off, it's quite hard to find the limit. On some other tracks it's a bit easier but that also makes it more exciting."