Nico Hulkenberg will start the Spanish Grand Prix from the pitlane after Renault broke Formula 1 parc ferme rules by changing the specification of his front wing during qualifying.

The German made a mistake during his run in Q1, running wide and tapping the barriers at Turn 4 - with the impact damaging his front wing.

Although he was able to return to the pits and get running again after a replacement front wing was fitted, he failed to make it through to Q2 and was set to start 16th.

Hulkenberg said at the time that he thought the front wing had been replaced by one of the same specification.

"We changed the front wing, but it was the same spec," he said. "The whole car was stone blasted, so there were quite a lot of bits and bobs missing."

But a note from the FIA's technical delegate Jo Bauer on Sunday morning said that Hulkenberg had been fitted with a different specification wing and was under investigation.

It said: "The part has been replaced during qualifying session one, with a retrospective written request of the Renault F1 team received at 19:33.

"The team did not mention in their request that the front wing main plane is one of a different specification. I am referring this matter to the stewards for their consideration." 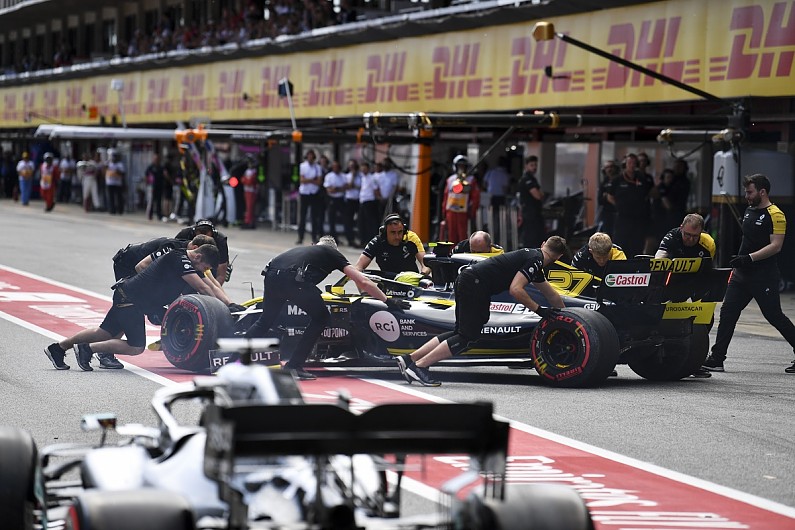 Under F1's sporting regulations, if teams change the specification of a part between the start of qualifying and the race start then they will have to start from the pitlane.

Having reviewed the case, the stewards have ruled that Hulkenberg will be required to begin from the pits.

Hulkenberg said the incident itself had been triggered by a small mistake under braking.

"A little lock up on Turn 4, probably wanting a little bit too much too soon," he said. "[There's] no one to blame but myself.

"Obviously it's one corner where you can't really recover off line, there's no grip. And then the gravel and the barrier comes to you.

"So unfortunately I went off and damaged the front wing and some stuff of the car, and it was difficult to recover from there.

"It was definitely not one of my finest moments."

Renault has since opted to change the engine in Hulkenberg's car ahead of Sunday's race. 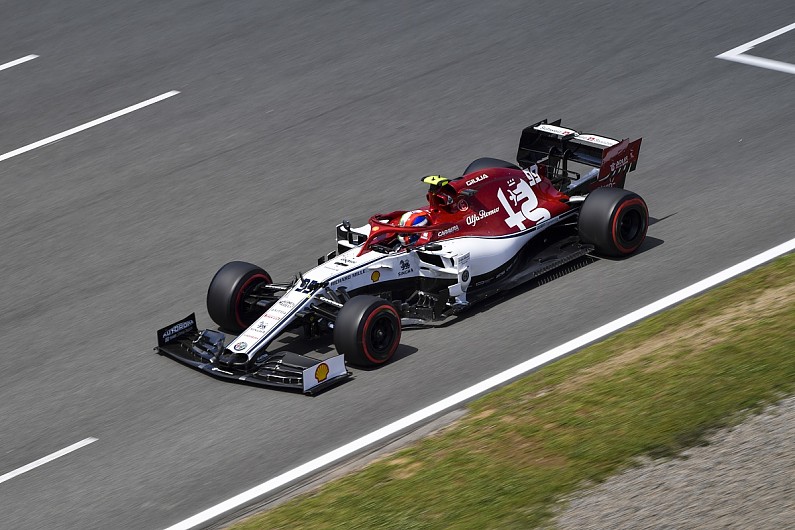 Alfa Romeo driver Antonio Giovinazzi is set to be handed a five-place grid penalty for Sunday's race after his car was fitted with a new gearbox after qualifying.

Giovinazzi qualified 18th, just ahead of the two Williams cars, and had been due to start 17th thanks to Hukenberg's pitlane start.

But he now looks set to be moved down the order after the FIA reported that Alfa had breached rules by fitting a new gearbox.

"This gearbox change was before the six consecutive Events expired," said an FIA note. "Therefore this is not in compliance with Article 23.5a of the 2019 Formula One Sporting Regulations and I am referring this matter to the stewards for their consideration."

With Williams's George Russell also having a gearbox changed after his practice crash on Saturday morning, Giovinazzi is set to lose just one place - moving back to his original qualifying position of 18th.