Formula 1 driver Sebastian Vettel hopes Ferrari's "daring" race set-up for the Spanish Grand Prix will revive the team's fortunes and admits he was surprised at Mercedes' dominance in qualifying.

The four-time champion qualified only third as title rivals Mercedes earned another front row lock out at Barcelona, and trailed polesitter Valtteri Bottas by 0.866 seconds.

Although aware that Mercedes had the edge on single-lap pace, Vettel reckons a bold set-up on the updated Ferrari will level the gap in the race and set the team on an upward trajectory for the coming races.

He said: "We tried a lot of stuff yesterday and again today - different directions - and we ended up getting the best out of the car today, which wasn't enough.

"We are certainly not satisfied but I am very happy with the approach, with the chance that we took in terms of trying something daring: something that ultimately will pay off, maybe not today at least, but hopefully it will help us in terms of pace for tomorrow.

"And hopefully it sets us off in the right direction for the next couple of weeks."

Vettel added that he was surprised at the scale of the Mercedes advantage, which he thinks has been exaggerated by the fact that his Ferrari is struggling in Barcelona's tight final sector.

"Coming here we did not expect [the Mercedes gap], but I think also we seem to lose quite a big amount of time in the last sector," he said.

"It is quite clear we seem to be faster down the straights, so we probably carry a little bit less wing than them.

"But in the last sector there are no straights and we are struggling a little bit to bring it together.

"It is not a very long sector with some quite tight corners, and mostly lower speed, and that is where we seem to be losing the most time.

"There is definitely some homework, we know this track very well, everybody does, but with the conditions today we were just to able to match them." 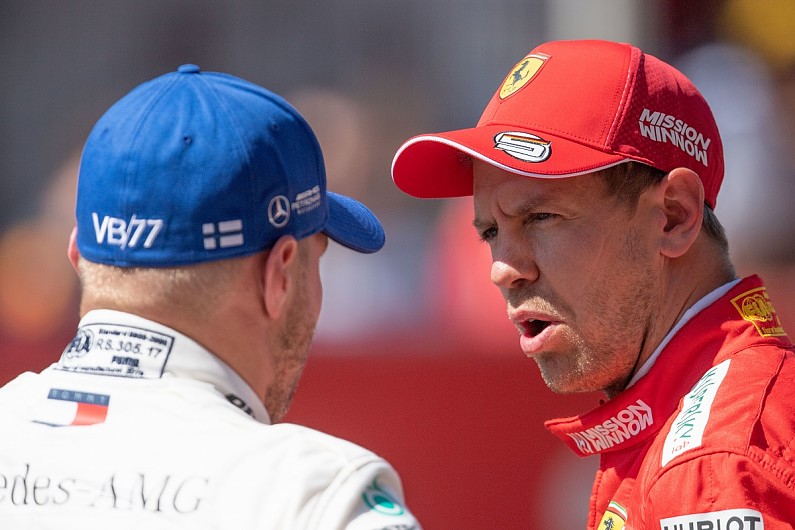 Although the early weekend pace at the circuit is in stark contrast to the pace Ferrari set in winter testing, Vettel thinks that nothing dramatic has changed - and his team just needs to understand how to get more pace from its 2019 car.

"We need to dig deep," he said. "Now is not the first time we are losing out, and not the second time nor the third time.

"It is a consistent trend that we seem to lose, in some places, independent of conditions, sunshine, clouds, tyres and compounds and so on.

"There is a bit more for us to understand, but if we had the solution surely it would be on the car already."