The majority of Formula 1 teams have emerged for the Azerbaijan Grand Prix with low-downforce packages, aiming to take advantage of the longest straight on the 2019 calendar.

Low-drag packages are common at Baku, although the compromise is with the amount of downforce produced - as traction is still needed on the exit of the myriad 90-degree corners and in the castle section later in the lap.

This season, Renault has been using endplates with three overhanging strakes of different sizes, but this has been replaced with a design more in line with that of Red Bull - featuring a flatter, single strake.

This keeps the space under the rear wing elements open to diffuse airflow out, developing the low-pressure zones underneath a little further, but there's not the aggressive strategy in fanning those strakes out - minimising the overall frontal area. There's less scope to use the flared section for downforce, but that's surplus to requirements in Azerbaijan.

Racing Point, meanwhile, has raised the central leading edge of the rear wing - creating a redistribution in the pressure field at the front. As it's raised, there's a more pronounced camber in the wing - giving it greater scope to accelerate airflow underneath and build a larger low pressure zone. It operates on the same basis as the spoon-section wing that McLaren has used this season - and the Woking team has further developed this for Baku. 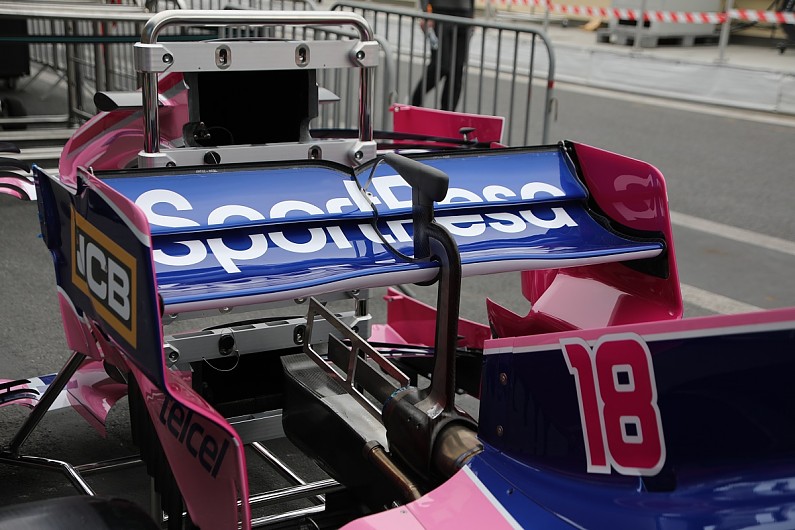 The outboard sections of the wing are shaped to deliberately slash drag (and cutting downforce along the way), but the central section is used to churn out a little more rear-end downforce without as much cost to straight-line speed.

This also changes the profile of the vortices shed off the back, and early preview images from the paddock suggests drivers Carlos Sainz and Lando Norris will run back-to-back with different rear wing geometries - as McLaren plan to determine which design works best around the Baku street circuit.

Mercedes has taken a conventional to the low-downforce package at the rear too, but the devil's in the detail. The mainplane features tiny serrations at the trailing edge, cleaning up the airflow shed from the wing. This may also assist with the transition between DRS activations, offering a more predictable flow path to the top element to minimise the time needed for flow to reach attach when in the braking zone.

The team has dialled back its T-wing to consist of just a single element, trimming drag further. 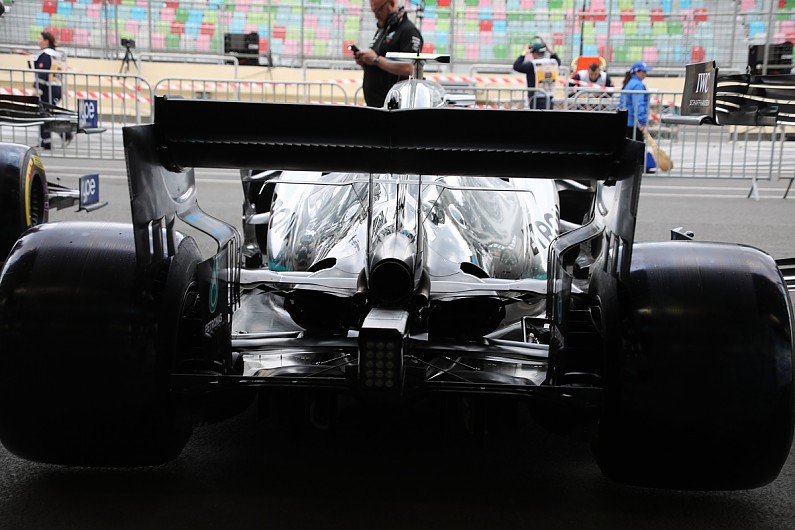 Ferrari's rear wing, by contrast, looks a lot deeper - much is made of the straight-line speed of the SF90, but it appears that the team is significantly less confident in the corners. The centre of the mainplane bows slightly in the centre, in line with its competitors, but it seems to be a restrained approach to the demands of the Baku circuit. 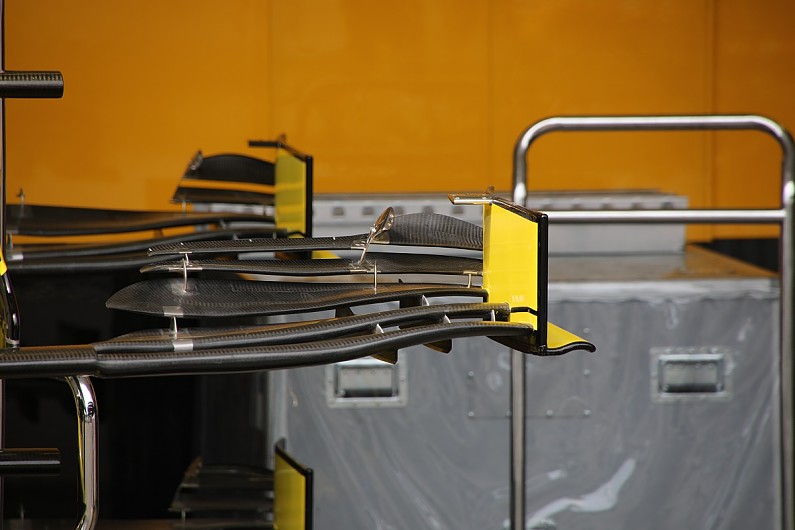 Renault has also arrived in Baku with a reprofiled front wing, changing the complexion of the inboard vortex generated at the wingtips.

In the previous specification, those wingtips curled inwards to pick up the airflow off of the larger-chord middle element, but the new design seems to be a concerted effort to tuck the high-energy vortex around the back of the front tyre.

In Baku, minimising the overall drag output of components - not just the rear wing - is crucial down the straight, and so minimising the wake shed from the wheel is key. The shorter elements also supply less drag themselves.

Having been largely outclassed by Mercedes in the opening three rounds, Ferrari has made some changes to its bargeboard package for the fourth round of the year.

The small strakes at the front have been reconfigured; the yellow arrow points at the second collection of mini-bargeboard elements, which has been enlarged - while the piece to the right of that has lost its slots. Those work in tandem to coerce the airflow outwards more drastically than it previously did.

There's also an added flick (green arrow) underneath the sidepod turning vanes to both clean up the airflow channeled around by the bargeboard.

Although Ferrari have only changed minor details, it's the most we've seen so far on the SF90's externals - it's clearly a very fast car in the right conditions, but Ferrari has to set about opening up that operating window.

The team brought a new control unit for its powertrain electronics to the previous round in China, and this is something that Alfa Romeo will now use - although driver Antonio Giovinazzi will take a grid penalty as a result. 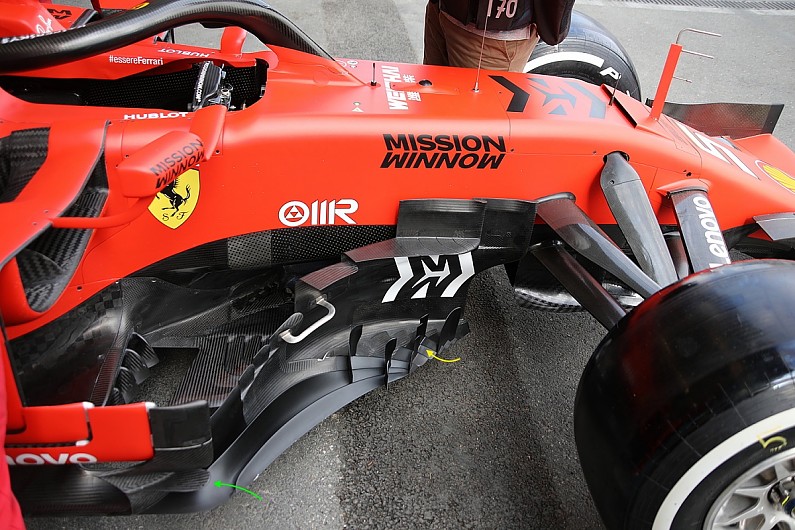