McLaren was fast enough to be the top 'class B' Formula 1 team in the Chinese Grand Prix, had it not been involved in a first-lap crash, reckons Lando Norris.

Carlos Sainz Jr and Norris only qualified 14th and 15th at Shanghai - the first time in the 2019 F1 season that McLaren did not have a car in Q3 - and both were caught up in an opening lap tangle with Daniil Kvyat's Toro Rosso.

Norris ultimately retired, but Sainz recovered to 14th place - and his team-mate believes the pace he showed hinted at a much better result.

"Seeing Carlos's pace, as he didn't have that much damage, it looked very good - better than the Renaults, better than pretty much anyone apart from the top three," Norris told Autosport.

"There was a lot of potential, which kind of makes it even worse that we had the result that we did, but we just need to move on to Baku."

Sainz had suggested McLaren's Shanghai qualifying result was "back to reality" after an encouraging start to the season and a strong opening day.

But Norris believes qualifying might have actually been the anomaly.

"On Friday we were quite reasonable. We just didn't take a step forward on Saturday," he said. 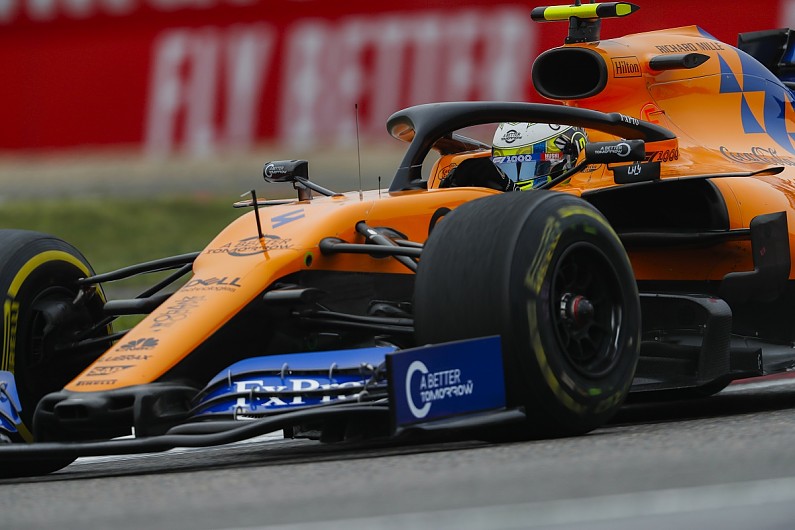 "The team did a good job in terms of getting the most out of the car from what we could.

"We just didn't have the pace in qualifying, but in terms of the race pace you just never know if you're going to be amazing or terrible or what.

"But it was looking good. That's something we need to remember for the next few races: that possibly our race pace is a little bit better than our qualifying pace."

Sainz agreed that "we could've been in the mix for points with the pace we had" in China.

He has yet to score in 2019, having had mechanical problems in both the races before Shanghai.

"It's another one of those things, third consecutive race that something out of my control happens," Sainz said of the Kvyat clash.