Charles Leclerc says his long second stint in the Chinese Grand Prix was a ploy by Ferrari to try to help his Formula 1 team-mate Sebastian Vettel catch Valtteri Bottas.

Leclerc ran third in the opening stages of the race but was told to let Vettel through early on and then dropped behind Max Verstappen when the Red Bull pitted sooner.

Speaking to Sky Sports F1, Leclerc said that tactic was to try to help Vettel get on terms with Bottas, who he managed to keep behind him for a lap.

"If you look my own race, I think obviously we would have pitted earlier," said Leclerc.

"If you look the team's race, I think they did the right thing trying to slow down the Mercedes for Seb to come back, which was I believe the target.

"It didn't work but that was the target. At least we tried and we look forward now."

Ferrari team principal Mattia Binotto told Sky that if his driver was upset, he was "right" to feel that way given how the race unfolded. 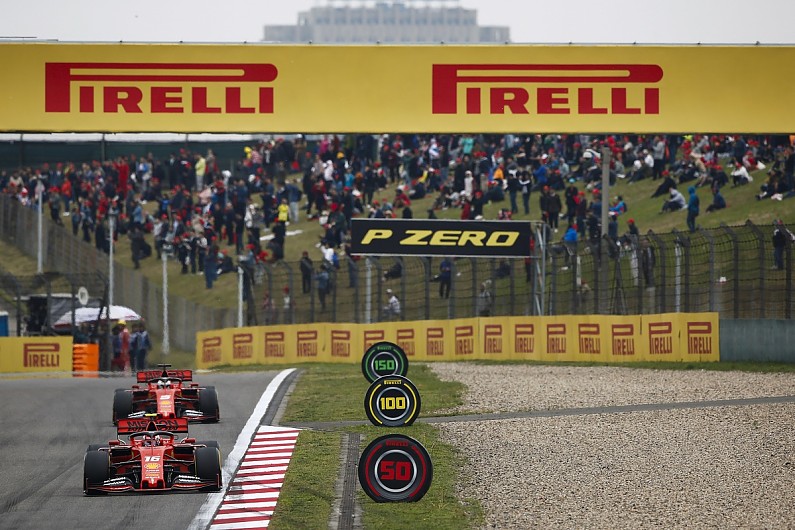 Binotto explained that Leclerc was moved aside for Vettel early on because Mercedes was edging away and Ferrari was at risk of one of its drivers falling behind Verstappen anyway if the Red Bull pitted earlier, which it did.

"I understand the feeling of Charles, it's a shame for him," Binotto said.

"But at that stage of the race the Mercedes were slightly faster.

"We simply tried to give Sebastian a go and see if we could've kept the pace of the Mercedes, which was key at that stage of the race.

"It was not to give an advantage to a driver, to the other driver, merely as a team to try whatever we could.

"The early stage was an important moment of the race."

Leclerc said he did not want to make "any silly comments" about that call coming so early in the first stint before looking at the data and speaking with his engineers.

But when asked if it was a confusing afternoon, Leclerc said: "A little bit.

"I did a good start, then the first stint was a little bit messy.

"I'm pretty sure there's an explanation behind this decision and I will understand it.

"Anyway, it's passed. It has not been a great race for me, but overall in the weekend I've not been as strong as I wanted.

"Qualifying was OK, but FP1, FP2 FP3 and going into the race without any mileage on the high-fuel runs was not ideal.

"Overall today was not a good day, but we'll come back stronger."