Alex KalinauckasWhy Ricciardo needs to put anomalous 2019 behind him

Testing analysisWhat we learned from the final MotoGP test

Sebastian Vettel says his deficit to Mercedes' Formula 1 cars was "too big" in Chinese Grand Prix qualifying, and suggests Ferrari is still unable to replicate its pre-season testing form.

Ferrari had the upper hand on pure pace in Bahrain, and Vettel led the way in Friday's opening practice session at the Shanghai circuit - but Mercedes has had the upper hand since. Vettel ended up qualifying third behind an all-Mercedes front row, trailing polesitter Valtteri Bottas by 0.301 seconds.

Asked about the gap after qualifying, Vettel said: "It's too big. We'd like it to be the other way round, obviously, but I think we had a decent session.

"It's important if we can't beat them to be right behind them, so we have some options tomorrow hopefully.

"On our side I think we were able to improve the car from where we were yesterday so I'm reasonably happy with that, but not entirely happy.

"I think there was a little bit more. It was a bit tricky today to put the laps together."

Vettel said Mercedes "seemed to start off from a better place" in qualifying, but hoped Ferrari's superior straightline speed will allow him to challenge the Silver Arrows in the race, despite them being "bloody quick in the corners".

He added: "When we get close we have an advantage in a straight line so maybe we can do something there but the race is long." 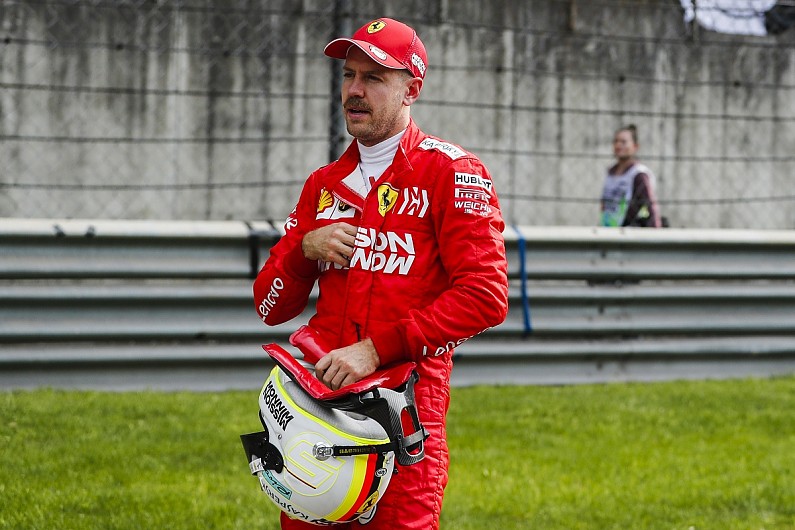 Vettel conceded that Ferrari was still searching for the kind of form that allowed it to emerge from two weeks of testing at Barcelona as the pre-season favourite.

"We have a strong platform to work from," he said. "We started very well in Barcelona - that was really good, really strong.

"Since then I think we've struggled a little bit to repeat that.

"The past two races we've [had] little issues here and there, so you're not happy and you try to drive around the problems, try to set up the car differently.

"I think we're getting more and more there, understanding some things related to different tracks.

"But as I said, the car is strong, so it's up to us to extract the performance."