Mick Schumacher has kicked off his maiden Formula 1 test for Ferrari in Bahrain, where Fernando Alonso has also returned to the wheel of a McLaren.

Ferrari Driver Academy protege Schumacher, the son of seven-time F1 world champion Michael, is driving for the famous Italian team on Tuesday before getting behind the wheel of Alfa Romeo's C38 on Wednesday.

It is the first serious F1 experience for the reigning European Formula 3 champion and Formula 2 rookie, who drove his father's title-winning 1994 Benetton at Spa in a short demonstration two years ago.

Schumacher had refused to be distracted by the prospect of his first F1 test prior to the weekend, as he was preparing for his F2 debut - in which he took two points finishes in eighth and sixth positions.

"It was very exciting and amusing," he said about learning of his test call-up. "Obviously I'm very happy about the whole thing, but for now my focus is on F2."

Schumacher has already completed an installation lap in Ferrari's SF90 in Bahrain, where McLaren returnee Alonso and Mercedes driver Lewis Hamilton were several laps into their programmes with the first half-hour gone. 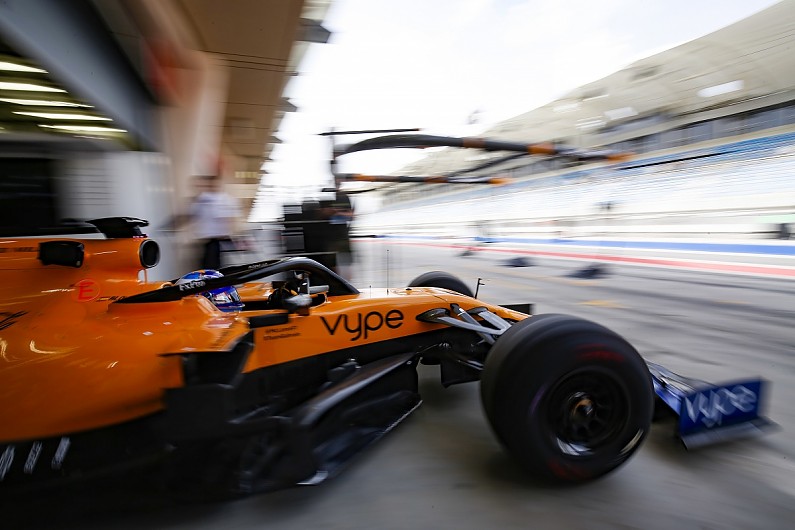 He is behind the wheel of McLaren's MCL34 as part of his role as an ambassador and advisor for the team, seeking to aid the development of its 2019 car.

Alonso is driving as part of Pirelli's tyre testing programme, though, so will be following its guidance rather than working through McLaren developments.

He had indicated pre-weekend that he was still hoping to be able to learn about the car as well, and to give his feedback to the team.

"In my case obviously it's more a test for myself to go back to this driving style, to understand a little bit the car," Alonso said.

Schumacher is the only driver making his F1 test debut on Tuesday, with the rest of the line-up comprising regular race drivers.