The Williams Formula 1 team is modifying part of its front suspension and its mirror design to ensure the car is legal for the season-opening Australian Grand Prix.

Its unconventional wing mirrors and part of the suspension were among the standout features on the Williams FW42 when it finally arrived at Barcelona for pre-season testing.

However, Autosport understands the FIA was not happy with elements of these designs and Williams will modify them to ensure it does not encounter a problem in Australia.

The FIA technical regulations state that only six suspension members are permitted: four wishbone members, one pushrod and one steering arm. 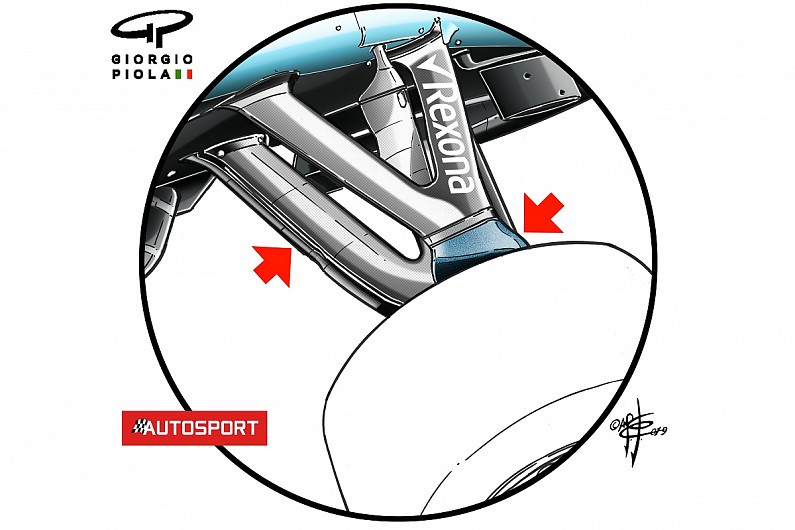 As the above Giorgio Piola drawing shows, Williams introduced a thin, seventh member that runs along the edge of the lower wishbone.

This will be removed from the suspension for the first race.

Meanwhile, the curved Williams wing mirrors that appeared at both pre-season tests will change to a new version that the team has not run before.

However, the upper wishbone mounting point - illustrated by the drawing below - has been cleared for use.

The need for Williams to abort its attempted 2019 innovations comes at the same time its chief technical officer Paddy Lowe has taken a "leave of absence" for "personal reasons".

It also follows two weeks of pre-season testing that Williams missed the start of, and led to unfavourable comments from its drivers George Russell and Robert Kubica about the team's pace and preparation respectively. 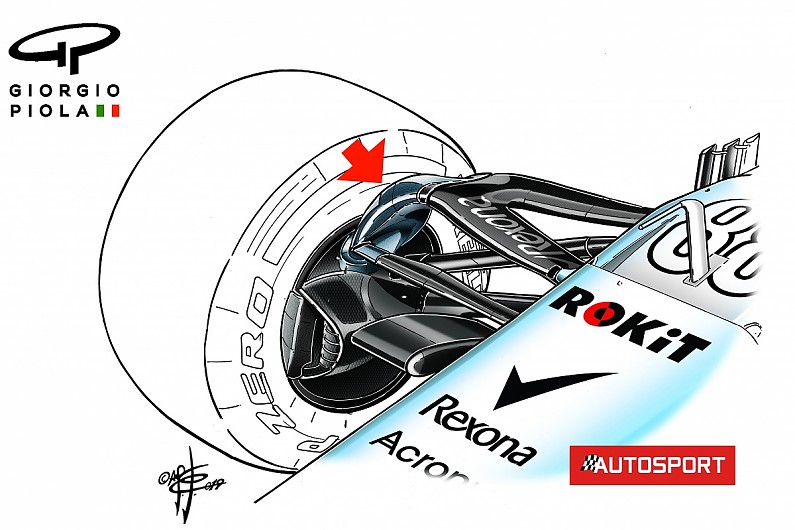 While it is not great news for Williams to need to adapt its designs after a hectic initial build process that ran late, the team has knuckled down and pushed through the frustrations. It was ever thus, in F1.

It is far better for Williams to have acknowledged this clash now, rather than turn up in Australia and have a design deemed illegal.

Another silver lining of sorts is that it was planning a "modest" upgrade package for the first race in Melbourne, so the redesign should not have a major impact on the work it was already conducting for the season opener.

The last few weeks have been tough. Many in the team, especially those building the car and having to work to design and implement these modifications, will be glad just to see the back of pre-season.

Few will realistically expect points to be their reward for not throwing in the towel, but hopefully negativity will give way to something more positive for the beleaguered team - and soon.