Formula 1 generated increased income in 2018 compared to the previous year, but an expenditure hike meant that the organisation made a bigger loss overall.

The news comes as F1 and the teams continue what are likely to be increasingly complex negotiations over both sporting rules and the commercial arrangements for 2021 and beyond.

But only $6m of that was due to "primary revenue" - income from race fees, TV and advertising/sponsorship - with the rest coming under an "other revenue" heading.

Liberty notes that income from race fees was "flat", despite there being 21 races in 2018 as opposed to 20 the previous year.

The company points out that the combined fees from the German and French GPs (below) did not make up for the fee lost due to the Malaysian race dropping off the calendar.

"Race promotion revenue increased modestly primarily due to contractual increases in race promotion fees, as well as a contract amendment for one event that provided for an increase in promotion revenue, which was fully offset by a reduction in advertising revenue related to that event," read the filing.

"This contract amendment was neutral for total primary F1 revenue. 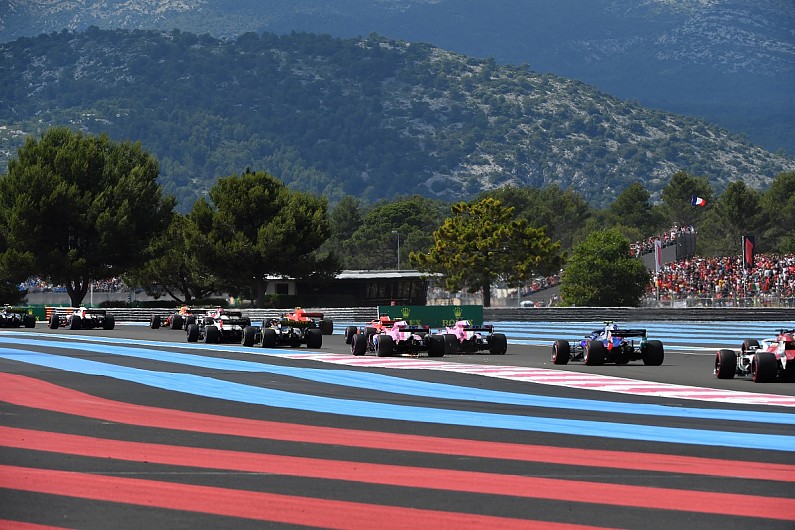 "In addition, race promotion revenue in 2018 was impacted by the calendar variance, with the non-occurrence of the Malaysian Grand Prix in '18 not fully offset by the return of two European races in France and Germany."

Liberty said that its TV income was also similar to the previous year, and was hit by problems with a partner.

"Broadcast revenue was essentially flat for the full year 2018 as contractual rate increases and favourable foreign currency movements were offset by the early termination of one contract with a failing broadcast rights broker," read the filing.

Crucially, Liberty has admitted that advertising and sponsorship income, which it has regarded as a key area of growth since it bought the business, actually fell in 2018.

The filing states: "Revenue from new sponsorship agreements and growth in certain contractual agreements did not fully offset the aforementioned contract amendment that saw a reduction in advertising revenue fully offset by an equal increase in promotion revenue (which was neutral to primary revenue)."

F1 said the increase in "other" revenue derives from several sources, and is "primarily due to higher logistics revenue and travel expense, higher digital media and TV production related revenue, increased revenue from various fan engagement activities, and higher spare part sales for the F2 and GP3 support series".

Liberty stressed that F1's performance was hit by increasing costs, "as the business continued to invest".

The company also noted that it was hit by bad debts associated with partners.

"Selling, general and administrative expense increased primarily as a result of increased marketing and research costs and increased bad debt expense due to payments issues with two commercial partners," read the filing.

Despite results suggesting that Liberty has a lot of work to do, F1 CEO Chase Carey remained upbeat, pointing out that the championship has been investing.

"We have made significant investments in the business over the last two years, which are showing results through increased fan engagement across race attendance and all media platforms," he said.

"This provides tremendous momentum as we enter 2019.

"During the off-season to date, we extended the race contract in Azerbaijan, renewed a broadcast agreement with Sky Deutschland, and signed up additional sponsors, among other things."