Kevin Magnussen hopes Formula 1 drivers will not have to manage fuel in "extreme and ridiculous ways" this season because it was a "joke" in 2018.

Last year, Magnussen lashed out at having to drive "like a grandmother" after he was disqualified from the United States Grand Prix for exceeding the 105kg fuel limit by 170g.

That fuel limit has been upped by 5kg for 2019 and while it is not guaranteed teams will embrace the opportunity for a bigger fuel tank, Magnussen hopes the change - plus Pirelli targeting more conservative tyres - will allow drivers to attack more.

"We have a bit more fuel, which is a nice thing," he said when asked by Autosport about the new fuel limit at the launch of Haas's 2019 livery on Thursday, pictured below.

"The most frustrating thing is having to save too much fuel.

"The tyre thing is another thing - in Mexico it just didn't work for us, we were going eight seconds slower than what we could do with a new tyre in the race, and that's also very frustrating.

"I just hope we won't get these extreme scenarios where you're not racing anymore.

"To manage in those extreme and ridiculous ways that we had to do a few times, whether it's fuel or tyres, is a bit stupid.

"I hope that situation is altered." 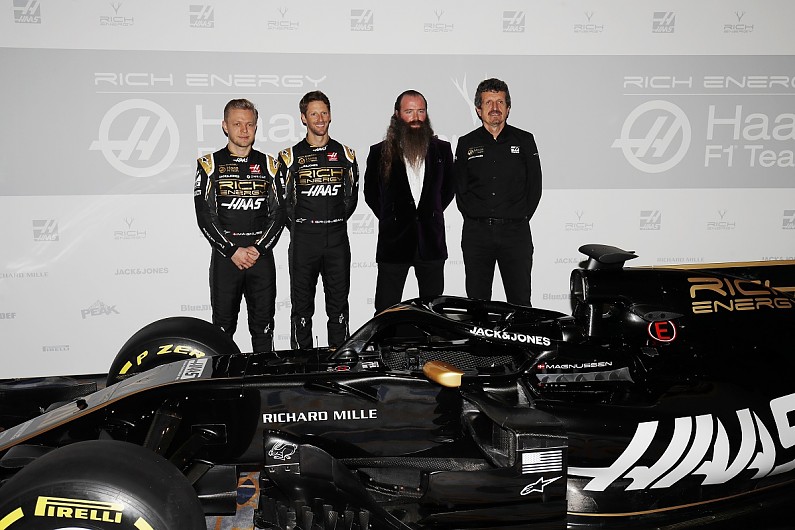 Magnussen's team-mate Romain Grosjean said he was cautious about making predictions for how much of a change it would make to racing.

He pointed out that there could be a negative impact from the aerodynamic changes, which increase the width of the front wing by 200mm and the rear wing by 100mm, and raises both by 20mm.

"I said in the past that I wasn't very optimistic about the change making racing better, but I hope I'm wrong, I hope the racing's going to be better," said Grosjean.

"More fuel, yes, but are the cars going to have more drag, because of wider wings?

"Then we're going to be in the same situation on some grands prix."

On the impact the simpler aero will have on being able to follow, which is the main target of the new rules, Magnussen said his "gut feeling" is that Red Bull boss Christian Horner's declaration this week that it will make no difference is "probably right".

But he added: "I've no ground, no good argument why it wouldn't or would work.

Grosjean said it was not possible to draw conclusions from the simulation because "it's a big video game".

"The next big step is to get the correlation from the circuits, to see if it's actually real or not."