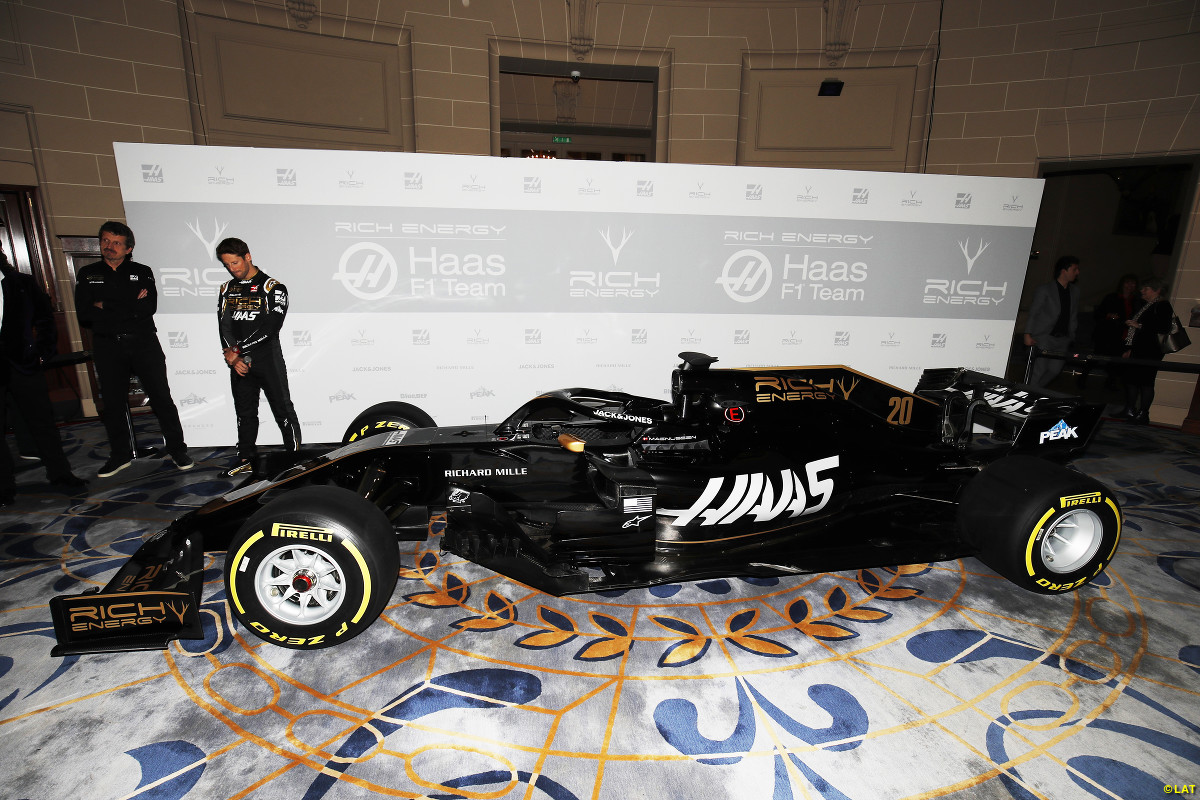 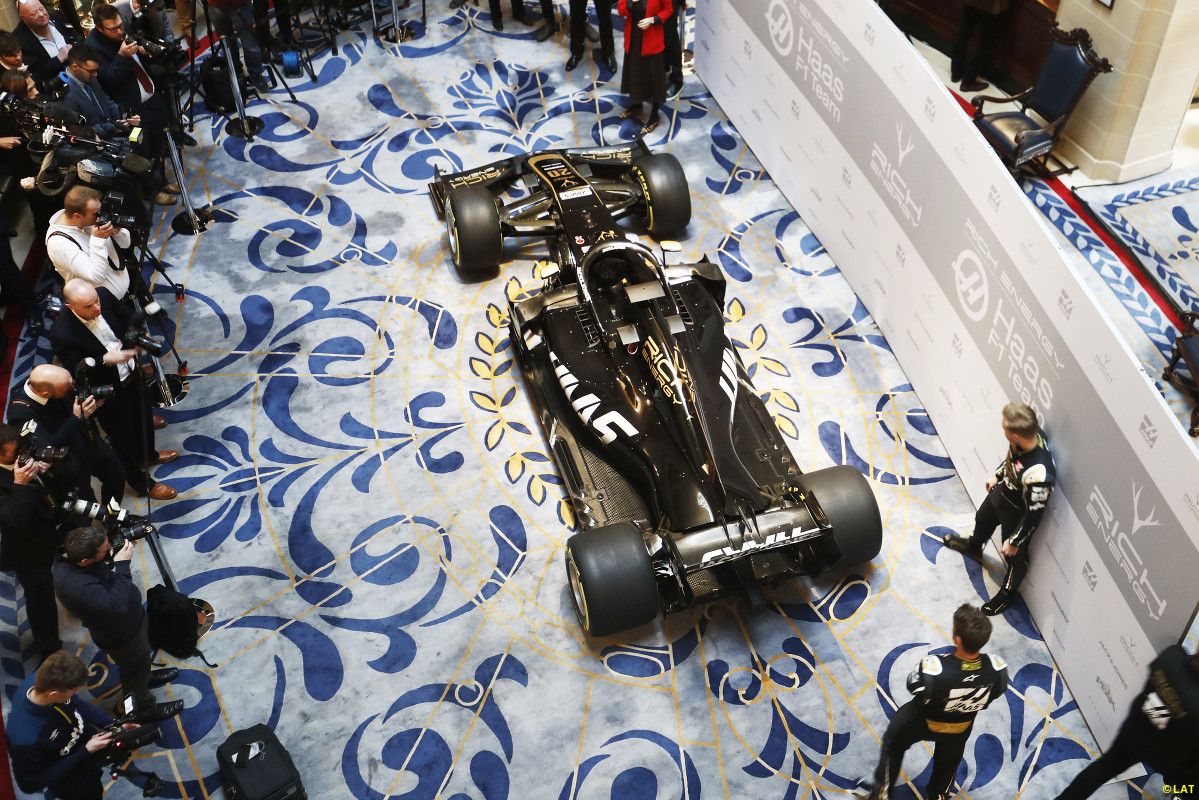 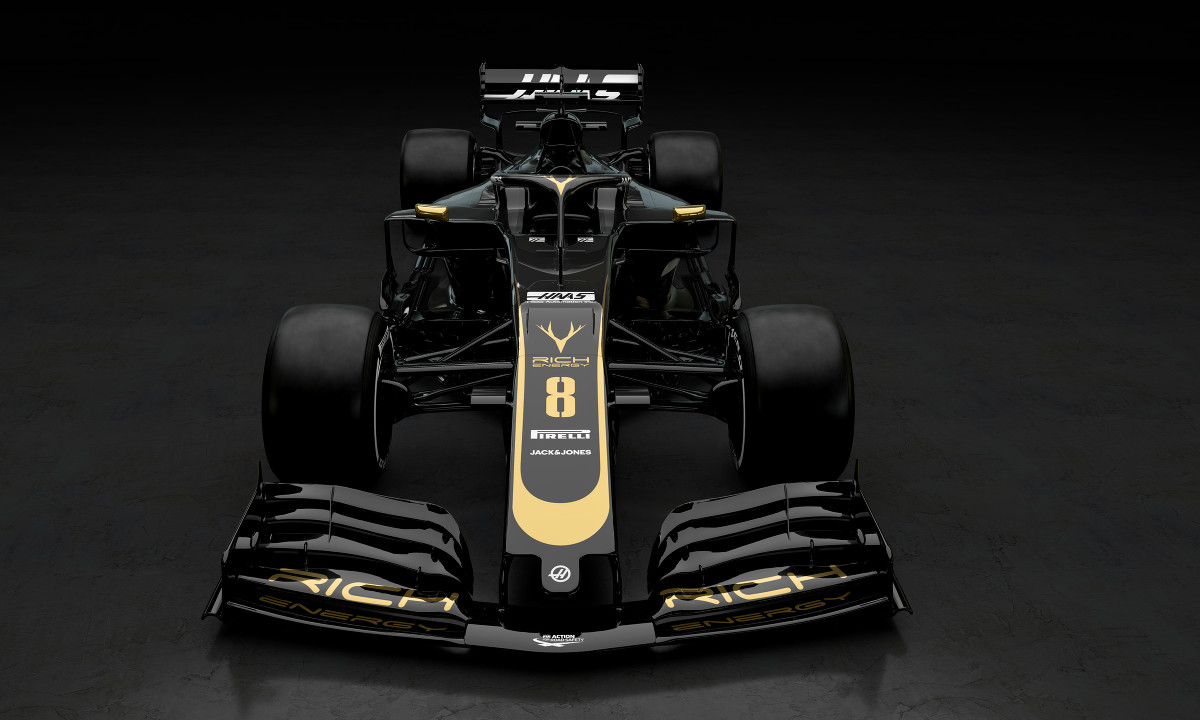 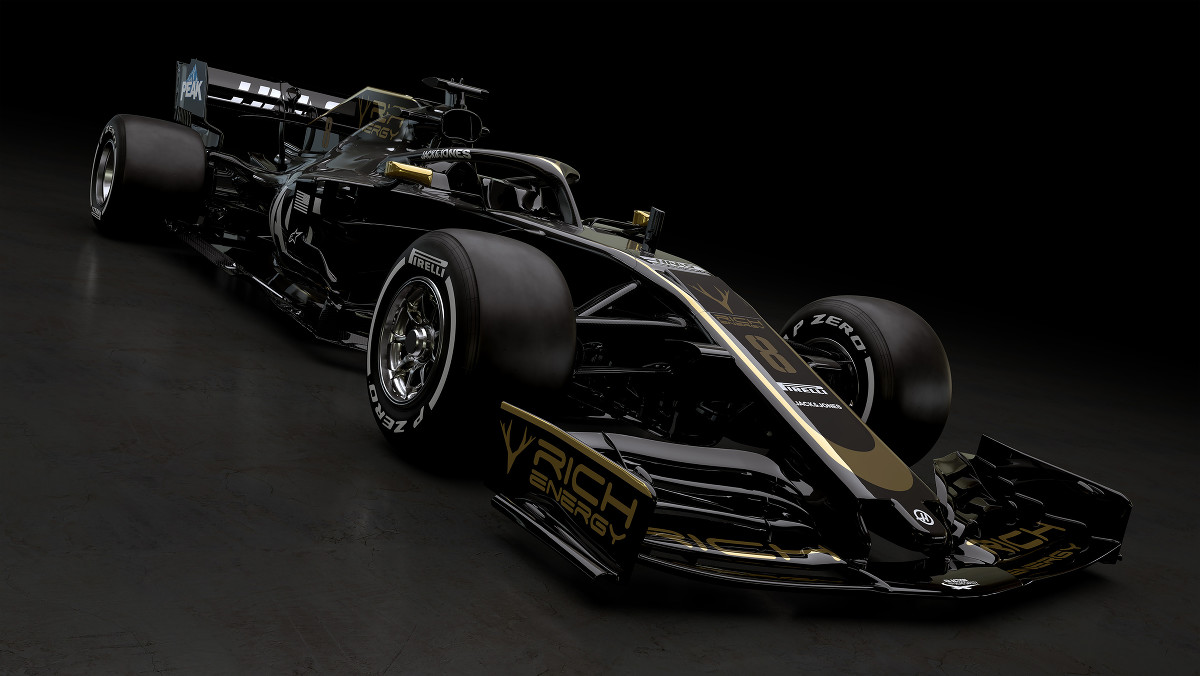 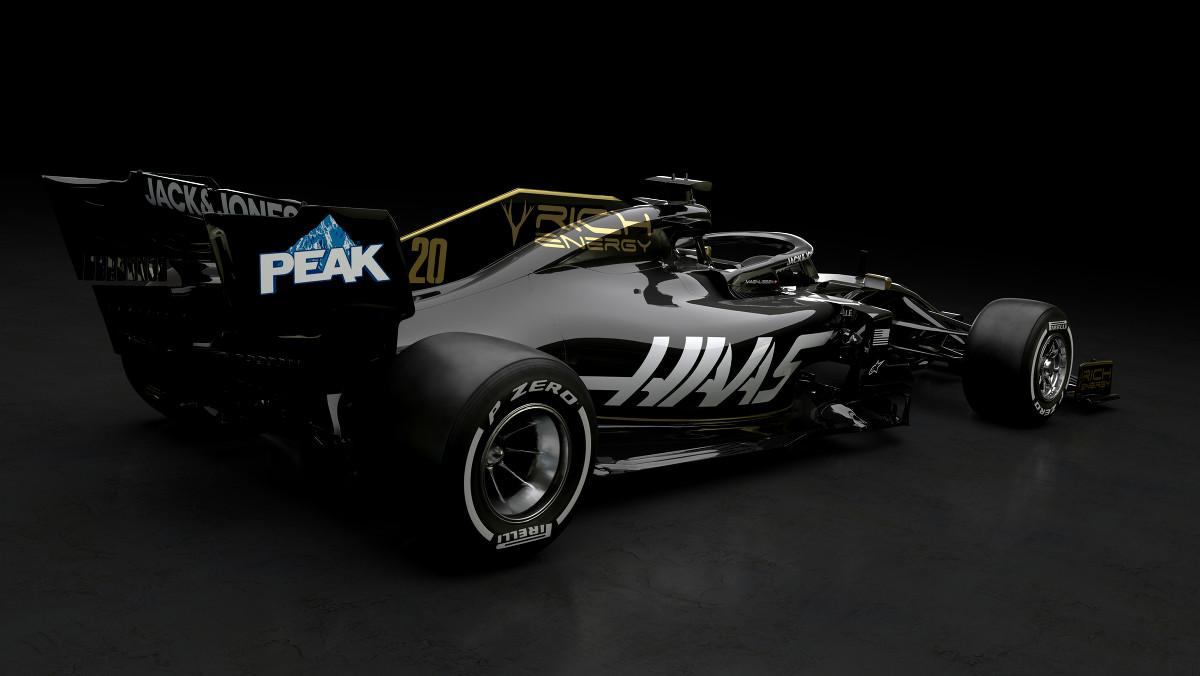 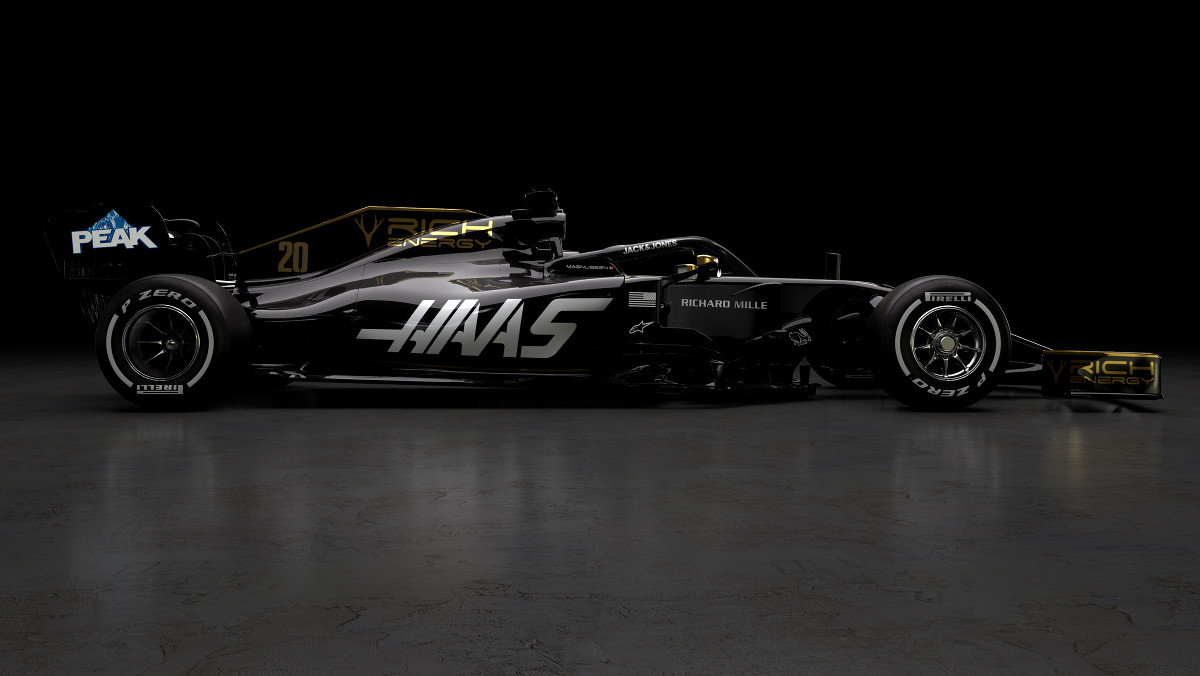 The Haas Formula 1 team has become the first to reveal images of its 2019 car, and unveiled a new black-and-gold livery to reflect its new title sponsor.

Haas has been formally renamed the Rich Energy Haas F1 team for this season in deference to the British-based energy drink company it struck a deal with late last year.

The team unveiled its new livery at a launch event in London on Thursday, using a 2018 show car, but released the first pictures of its new VF-19 online at the same time.

Its first trio of F1 cars had liveries that stuck to the colours of owner Gene Haas's company Haas Automation, with tweaked levels of black, grey and red on each one.

The VF-18 is a complete departure from that, mostly black with gold Rich Energy logos on the front wing, nose and engine cover to embrace its sponsor's black-and-gold colour scheme.

It also features the now-familiar elongated 'U' colouring on the nose in gold, while the Haas name adorns the sidepods and rear wing in white.

Intricate details of the car are hard to determine because of the mostly-black livery and the dark background in the images.

The physical version of Haas's 2019 car will not be seen until the morning of the first pre-season test at Barcelona next Monday.

"This is the time of the season when you hope you've got designs right and you can be competitive straight away," said Haas.

"The new car looks distinctive, not only in terms of its color scheme, but also with the new regulations in play.

"Hopefully those design changes brought in for 2019 will improve the racing on-track, and more importantly give us a shot at making more of an impact at each grand prix."

But it also missed opportunities through team and driver errors.

"It's important that we keep progressing as a team, and this season is no different," said team principal Gunther Steiner.

"While 2018 delivered our best season to-date, the year showed, sometimes sharply, that we still have areas to improve on as a team."

Rich Energy has targeted F1 for over a year, linking itself to possible Force India sponsorship for a long time - although that possibility was dismissed by the team.

It also made a last-ditch bid to buy Force India when the team fell into administration.

"Partnering with the team has already significantly raised the profile of our brand, this livery unveil will again elevate us to another level."