Next season will be Renault's fourth since returning to the F1 grid as a works team and it has signed Daniel Ricciardo from Red Bull as it bids to make the next step in its progress up the order.

Renault is poised to clinch fourth in the constructors' championship in Abu Dhabi next weekend but has made clear it would be "ludicrous" to suggest it can bridge the significant gap to Mercedes, Ferrari and Red Bull next year.

Chester said: "There's a lot going on with the 2019 car and we're well advanced in making the first chassis.

"We've got the gearbox, which will be tested soon. We're finishing design work for parts such as the cooling, suspension and the bodywork.

"It's flat out at this time of the year as we have to get through a lot of drawings to get the car made.

"It's been busy and we're making strong progress."

Renault holds a 24-point lead over Haas in the fight for fourth, having overcome a dip in performance in the second-half of the year to all but see off the American team's challenge.

Chester is hopeful the team can end the year in emphatic fashion as well as preserving a strong reliability record on the chassis side. 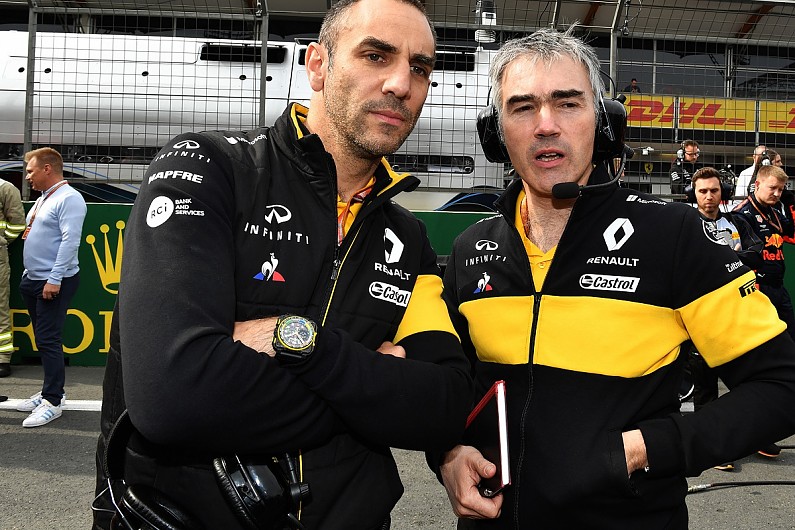 "We want to have a good final race and extend the points gap in fourth to really stamp it home," he said.

"We've also had a very good result this year where we've not stopped the car in a race through a chassis fault.

"We would be the only team to have done that, so bringing both cars home in Abu Dhabi would cap off this season."

After winning F1's best-of-the-rest battle across the North American double-header in the United States and Mexico, Renault failed to score at all in Brazil last week.

Its F1 managing director Cyril Abiteboul (pictured above, with Chester) wants to see a response to that "disappointing performance".

"We picked ourselves up and dusted ourselves down and we're fully focused on the task that lies ahead," he said.

"This final race of the season is very important for the team.

"There's still a job to do in Abu Dhabi and we expect to finish the season as we started it in Australia; with both cars competitive and inside the top 10."