Red Bull boss Formula 1 Christian Horner hopes Daniel Ricciardo can escape the "dark cloud" of frustration brought on by his string of retirements in 2018.

The Australian was running second ahead of Ferrari's Sebastian Vettel in last weekend's Mexican Grand Prix when a clutch failure with 10 laps remaining led to his sixth mechanical retirement of his season, and eighth in total.

Ricciardo suggested after the race that his car was "cursed" and that he would be happy to hand it over to 2019 Red Bull signing Pierre Gasly for the final two races of the season.

"He's just had an immensely frustrating afternoon," said Horner, when asked by Autosport about Ricciardo's race.

"I'm sure you can understand his emotions are running incredibly high. It's gutting not just for him, but for the whole team.

"We were looking at potentially a one-two finish, which has enormous value to us. 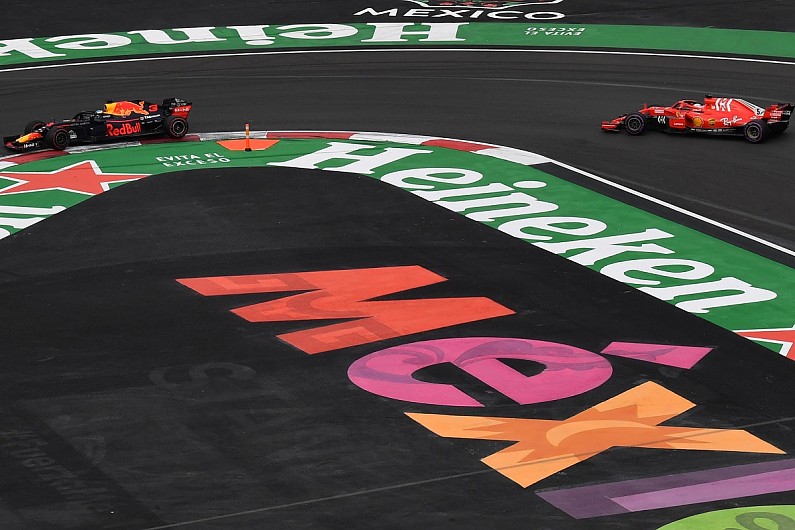 "It feels a bittersweet victory - [it's] fantastic for Max to have driven an outstanding race, but I'm pretty confident Daniel would have been able to hold off Sebastian over those remaining laps.

"You can understand his frustration and I hope that this dark cloud that's following him around lifts for the final two races."

Asked whether Ricciardo might now be regretting his move to Renault for the 2019 season, Horner added: "Only Daniel can answer.

"There's no point broaching that with him - the decision was made, he was comfortable with the decision.

"He's driving a competitive car that's taken pole position this weekend and you can see the differential between where this part [the front] of the grid is and where this part [Renault] is two laps behind."