McLaren sporting director Gil de Ferran is not in favour of any Formula 1 format overhaul that would reduce the "value" of winning a grand prix.

F1 bosses have considered the merit of shaking up how race weekends work and even discussed adding a qualifying race before the main event.

De Ferran, a Champ Car champion and Indianapolis 500 winner, says he is a "traditionalist" who fears the prestige of scoring a grand prix victory could be hurt by such a move.

"Qualifying is to determine the fastest guy," he said.

"You just push like mad and do the best lap time you can. I always found that interesting even as a young fan.

"So, I'm a traditionalist in the sense that I like qualifying to determine the fastest guy and I like the race being a standalone sort of thing.

"I think it's important that we don't commoditise the races. Winning a grand prix has a lot of meaning.

"If you can call yourself a grand prix winner I think that carries a lot of weight and I think we must preserve that value."

F1 is considering a qualifying tweak for next season, but it is only a minor change from the current format and would add an extra knockout stage. 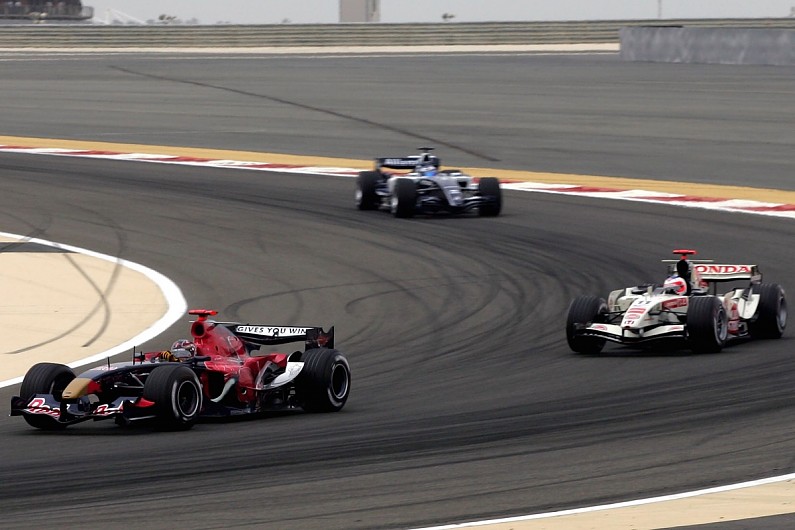 De Ferran said he is a big fan of the three-part qualifying system F1 first introduced in 2006.

"I think of everything I've seen over the years, that's a pretty wide range including Friday qualifying and Saturday qualifying, a limited number of laps, single laps, one set of tyres per weekend, the whole gambit," said de Ferran.

"This is still my favourite type of qualifying.

"The most important thing in qualifying at least for me when I'm watching is I want to know the fastest guy is on pole.

"As a driver I took a lot of pride in qualifying, I always wanted to be the fastest guy.

"I think this format is the best to actually determine that, so when you are on pole position it has some meaning and some value and I quite like that.

"Every format I've seen over the years there are some positives and some negatives but on balance when I look at this format it's my preferred format."