Mercedes' Singapore Grand Prix triumph owed a lot to Lewis Hamilton's "stardust" driving, but one hidden change on his car may have been key to his brilliant weekend.

While Ferrari had a quick car at times, it was clear that tyre management - a significant weaknesses in the past - was a strength for Mercedes around the Marina Bay circuit.

Analysis of qualifying laps showed Mercedes was better than Ferrari at preventing its tyres overheating in the final sector, and gained crucial time there.

Hamilton was also able to keep his tyres alive longer than Sebastian Vettel would have liked in the race's first stint, and then pulled clear in the second.

The step forward from Mercedes in extracting more from its tyres - especially the rears - was almost certainly helped by a new rear wheel drum design the team used for the first time. 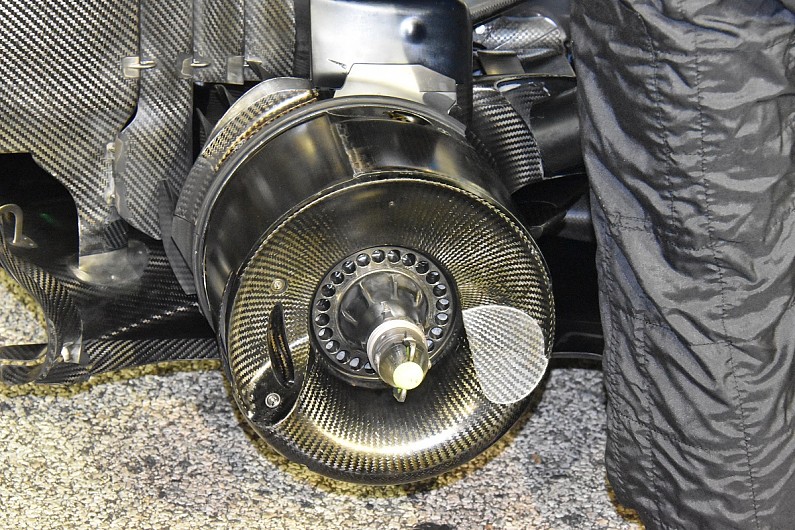 It was not until the cars were laid bare on the grid that an innovative design of new wheel drum was first spotted, as Giorgio Piola's exclusive image shows.

The new carbonfibre wheel drums (above) have different cooling ducts and more importantly a unique deep concave shape - which is very different to what it has run previously (below). 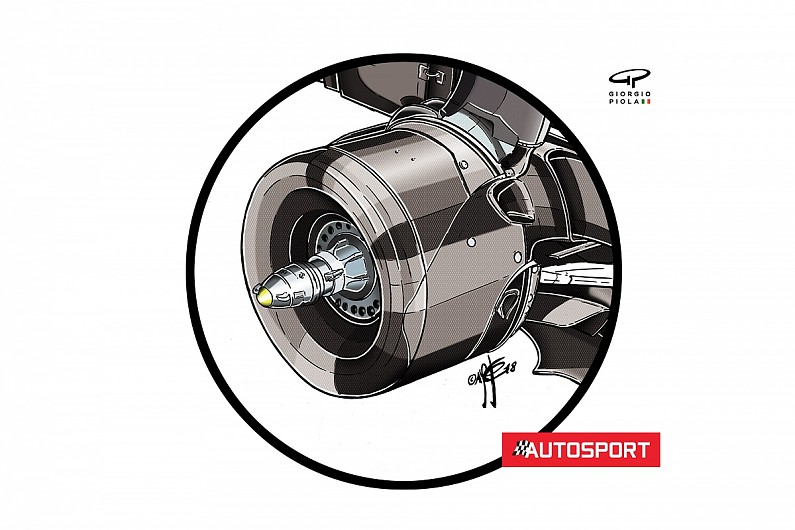 The old Mercedes version is very similar to what other teams, including Ferrari, currently run. 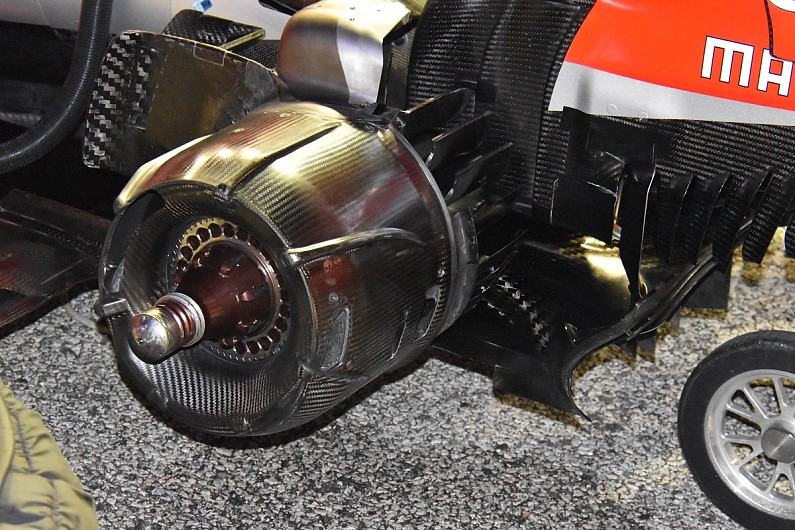 The concave shape helps create a small air chamber within the wall of the rim, so when it is rotating at speed it is possible to extract more heat from the tyre, and therefore prevent overheating.

This new concave idea has almost certainly been designed to work with the radical new rims Mercedes used for the first time at the Belgian GP. 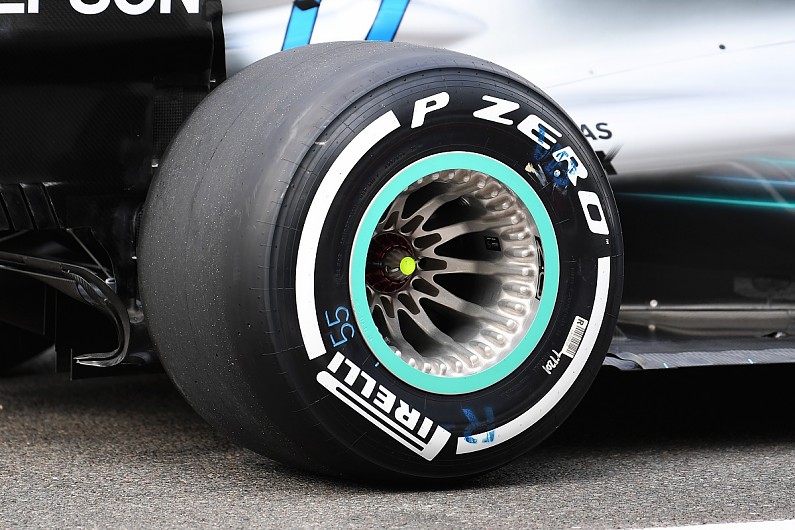 The intent of the ribbed 'teeth' is to help increase the surface area of the rim, so there is greater cooling efficiency.

The change to the wheel hub concept would have been enough to change the thermal characteristics of how its rubber behaves, and transform the W09's pace at a venue where drivers struggled to stop overheating the tyres.

Ahead of the weekend, Mercedes engineering chief Aldo Costa revealed that one of the team's main focuses in recent weeks had been on getting its rear tyre temperatures under control.

It had been noticed several time that Mercedes was removing its rear tyre heaters earlier than the fronts in a bid to help alleviate what was a problem area.

Costa told Autosport: "We believe that the behaviour in the corners in general is our point of strength, while in the management of the temperature of the rear tyres we are working hard.

"We plan to make progress in Singapore where we will have some modifications designed for this and therefore we are making progress with respect to ourselves, but I can not say if it will be enough."

Judging by the performance in Singapore, where let's remember Valtteri Bottas also outqualified Kimi Raikkonen, it certainly appeared to be enough. 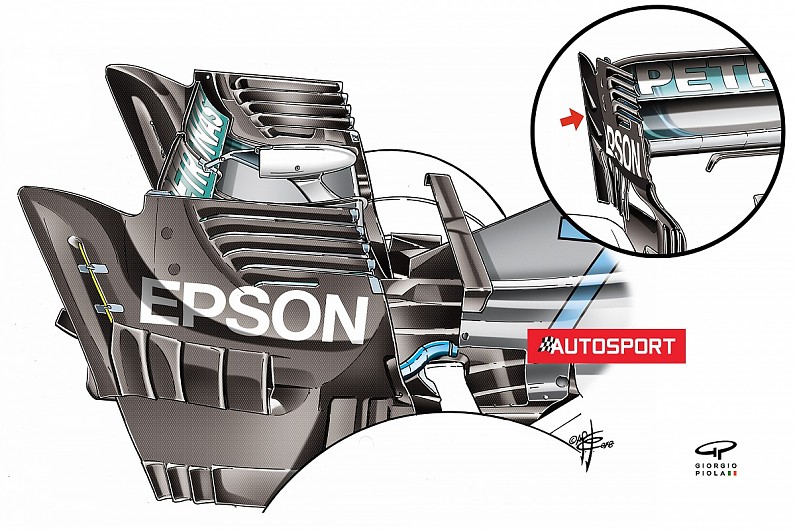 Mercedes did not just focus its efforts on tyre temperatures in Singapore though. Aerodynamically the W09 featured a couple of revisions for Singapore, with optimisations to its high-downforce rear wing design being the most notable.

The design, which is heavily influenced by McLaren, utilises a grey area in the regulations surrounding the transition of the wing from one width to another.

The FIA has set about revising the wording of this article in F1's 2019 regulations, as teams have continued to exploit its intention.

Mercedes became the second of four teams to take advantage, when it introduced its interpretation in Austria (inset) and ran the wing again at Hungary.

The Singapore variant featured an elongated most rearward slot and displaced strake (highlighted in yellow), replacing the upwash strakes (arrowed, inset) in order that they work the wing even harder.